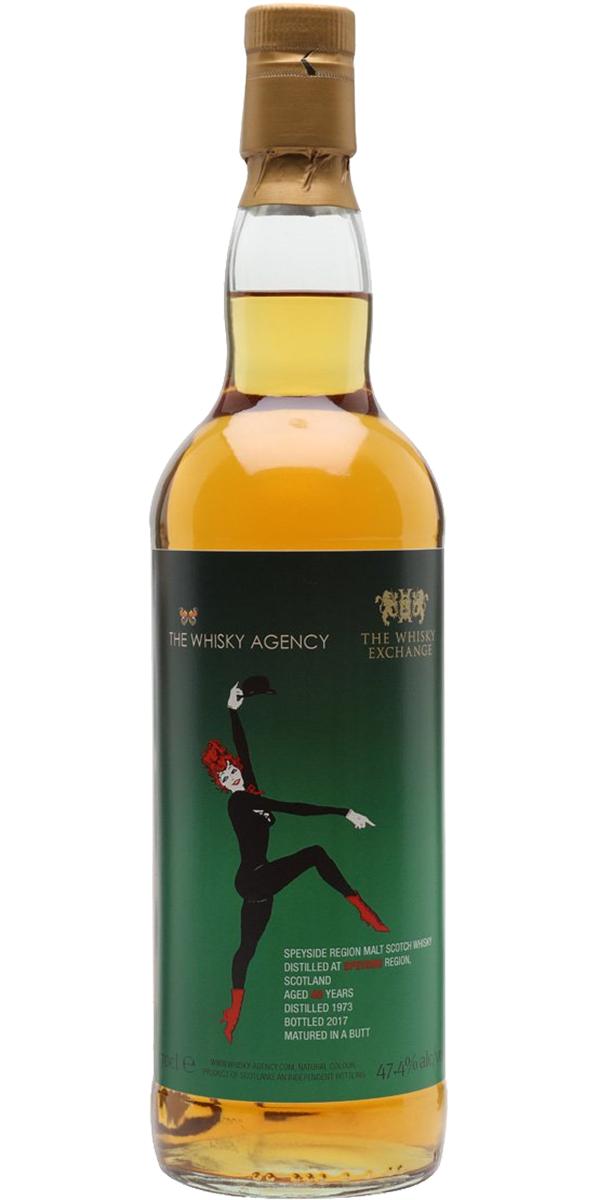 1970’s distillate is held up to a higher level of esteem than it often warrants – despite there being just as many disappointments and failures as there are today. Like fine wine, good cheese and fond memories, the things we remember positively seem to only get better with age and time. Socioemotional selectivity, usually the purview of psychologists, has developed a little niche in the whisky world – rather than looking at a period of distilling history as a whole, enthusiasts tend to either recall particularly memorable bottlings, or assimilate the general viewpoint that ‘things were better then’. Nevertheless, this period in time did produce some particularly fine whiskies – and it also reflected a different viewpoint in terms of the balance between spirit and cask.

Over the past year or so, a raft of well-aged sherried Speyside casks from the early to mid-1970’s have come onto the market. German independent bottlers, such as Maltbarn, Sansibar and The Whisky Agency have been quick to snap up this liquid,  promptly bottling it (rather than maturing it further), and releasing it at surprisingly reasonable prices. Few of them have sat on the shelves for long – both the price point for such well-aged 70s liquid, and the general consensus of them all being really rather good has led to a clamour for similar bottlings. Rarely one to miss a trend, The Whisky Exchange have partnered with The Whisky Agency to deliver an exclusive release from a similar cask – Speyside Region 1973 43 year old.

It’s fair to say that this bottling has come with some controversy around its provenance. Originally released with a description that implied it was a single malt from Glenfarclas (family-owned Speyside distillery), it is now listed as a “…blended malt with components from across the Speyside region…” Farclas are very protective of their brand name, so the use of the ‘Speyside Region’ denomination should come as no surprise (though it’s a little different from the usual ‘Speyside’s Finest’) – but the shift to highlighting a blended malt is curious – perhaps its been teaspooned, or maybe this was simply a legal requirement for sale?

More perplexing are the cask origins – they’re indicated as refill sherry butt, but the press announcement I’m holding highlights that Exchange believe this to be matured in fino rather than the more typical oloroso. Now, sure, they’re both likely sherry butts, but, it does seem strange that this is a belief rather than a known fact. Finally there’s the bottling date – listed as 2017, but rumour has it pegged at 2018 – which makes sense given the bottling was only released a few months back. There’s a few mysteries here  - they might never be completely unpicked.

The bottling was distilled in 1973 and matured in a refill sherry butt for 43 years before being bottled at 47.4% as a TWE exclusive Whisky Agency release. 568 bottled were produced and are available for £399 via The Whisky Exchange.

Taste: Viscous and with some weight – the arrival follows the nose in being fruit-forward. Pineapple chunks, orange peels and liqueurs sit with lychee and bold lemony polish. The mid-palate introduces plenty of bakery flavours with puff pastry, iced buns and expertly made crème patisserie. It develops steadily though barley water and toasted cereals into white pepper, nutmeg and crystalline ginger. Reduction introduces some herbal elements – green leaves, mosses and a touch of menthol.

Regardless of its precise provenance, this is superb stuff. The relationship between spirit and wood is entirely on-point here – with bright, expressive fruitiness supported by just the right amount of oak, making for a whole that’s greater than the sum of its parts. The sherry influence supports rather than leads, allowing the inherent quality of the spirit to sing brightly. There’s not a dull moment to be found here – simply excellent.