And we’re off. For the next 24 days we’ll be presenting you with quick fire reviews of each and every dram contained in the 2020 Boutique-y Whisky Advent Calendar. We’ll be posting a day in arrears - to give us time to sample and write our notes, and of course, to not spoil the surprise for those of you who open your doors a little later in the day.

I’ve got a veritable smorgasbord of Thompson Bros. releases on my sample desk to wade through (sorry chaps – I’ll get to them soon – promise!), but in the meantime and also being released today is a TWE exclusive Thompson in the form of a Speyside Single Malt 1989 32 year old. 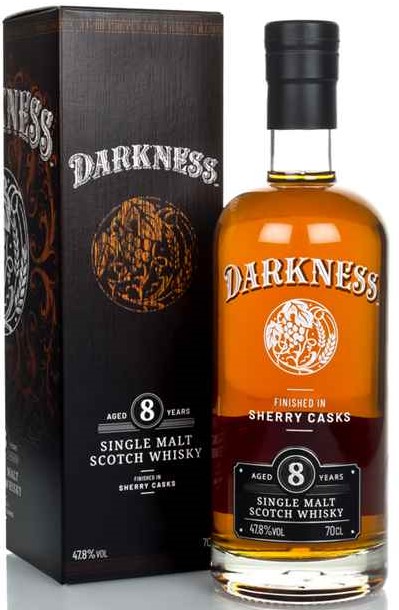 Darkness 8 year old was introduced as a continuous expression of the previously ‘one shot’ octave-finished range back at the start of 2020. It hails from an unnamed Speyside distillery who utilise worm tubs and two and a bit distillation – so answers on a postcard for that one. The spirit is initially matured in ex-bourbon casks before being re-racked into octaves for “at least three months.” Bottled at 47.8% ABV, it’s available via Master of Malt for £49.95.

A single cask release from Highfern’s Angel’s Nectar produced in support of the Cairngorms Trust – unsurprisingly sourced from an undisclosed distillery based in the National Park of the same name. Only 146 bottles at 46% ABV have been produced (remarkably low for an 11 year old – where’d the rest go?). They’ve still available from Master of Malt for £76.95.

Paranormal investigators adore distilleries. Often old, echoey buildings combined with a permanently sozzled (back in the day) workforce? Who’d have thought that these conditions would be ripe for countless tales of ghosts and ghouls. From the headless horseman of Bowmore, Tomatin’s ghost dog, Glenronach’s “Sherry Lady” and Glenmorangie’s “White Lady” to the Isle of Jura’s frankly staggering tale of Laird Archibald Campbell, whose response to being caught establishing an illicit still in a cave on the island was to indicate that “the ghost made me do it”. Unexplained noises, doors closing themselves and sudden cold chills – all things which provide plenty of inspiration for product development and distillery tour chit-chat.

Whisky writers can be quite a contrary lot. One minute the Scottish malt producing regions are described as being obsolete and the next, a whisky is being characterised as “archetypally Islay” or “typically Speyside”. An altogether antithetical contrast. Despite what will likely be an eternal, cyclical argument – the definition of whisky by either its style or its flavour will never be something of neatness. Conversely, alternative methodologies for classification have not yet received either a wide welcome or anything like universal adoption. “Focus on the quality, not on the location” is an often-intoned phase. But this construct – like any other arrangement will invariably involve an assemblage of assumptions and generalisations.

Unnamed Speyside drawn from a single sherry hogshead and bottled at 12 years of age and 55.2% ABV. Quickly sold out online – which I suspect is related to the colour and the fact that a large number of drinkers find a darker hue as irresistible as a moths find flames. Fortunately, they’re far less likely to get burned with this whisky – it’s really rather good.

Black Friday will see millions scouring the Internet for a good deal. In many ways, it’s not really all that different to being locked inside a house for the best part of a year – only it has a name and there’s an underlying belief that there’s a genuine bargain to be had. The problem with any sale, offer or promotion is that it supposes that we’re making a saving on something we actually need or desire. Feverish new TV purchases (every year), fisticuffs in the aisles and an ungodly number of whisky offers - many of which don’t even amount to a pint of warm beer - all stand to establish the consumer reality. For the most part, deals will not save you money. They may help you spend less money – but when it comes to grand offers like Black Friday, the chances are, you’re actually looking at things that yesterday you had no interest in.

There are 7,139 languages spoken in the world today, but fewer than a dozen off the beaten track number systems. The Oksapmin people of New Guinea use a base-27 number system - derived from more body parts than just their fingers and toes. The Welsh, for reasons that escape me, traditionally used a base-20 system, but added a twist, in that after 15 (pymtheg) each number beyond was represented as an addition. So, 1 on 15 = 16, or more complicatedly 1 on 15 on 20 = 36. Because, you know – reasons. Nevertheless, outside of these infrequent and often historic deviations, numbers are a universal language of our world. And in this same manner numbers and how we communicate about whisky is no different. Irrespective of location or language spoken, numbers, especially age statements are a commonly understood denominator that is often utilised (rightly or wrongly) to identify a whisky’s quality or perceived value.