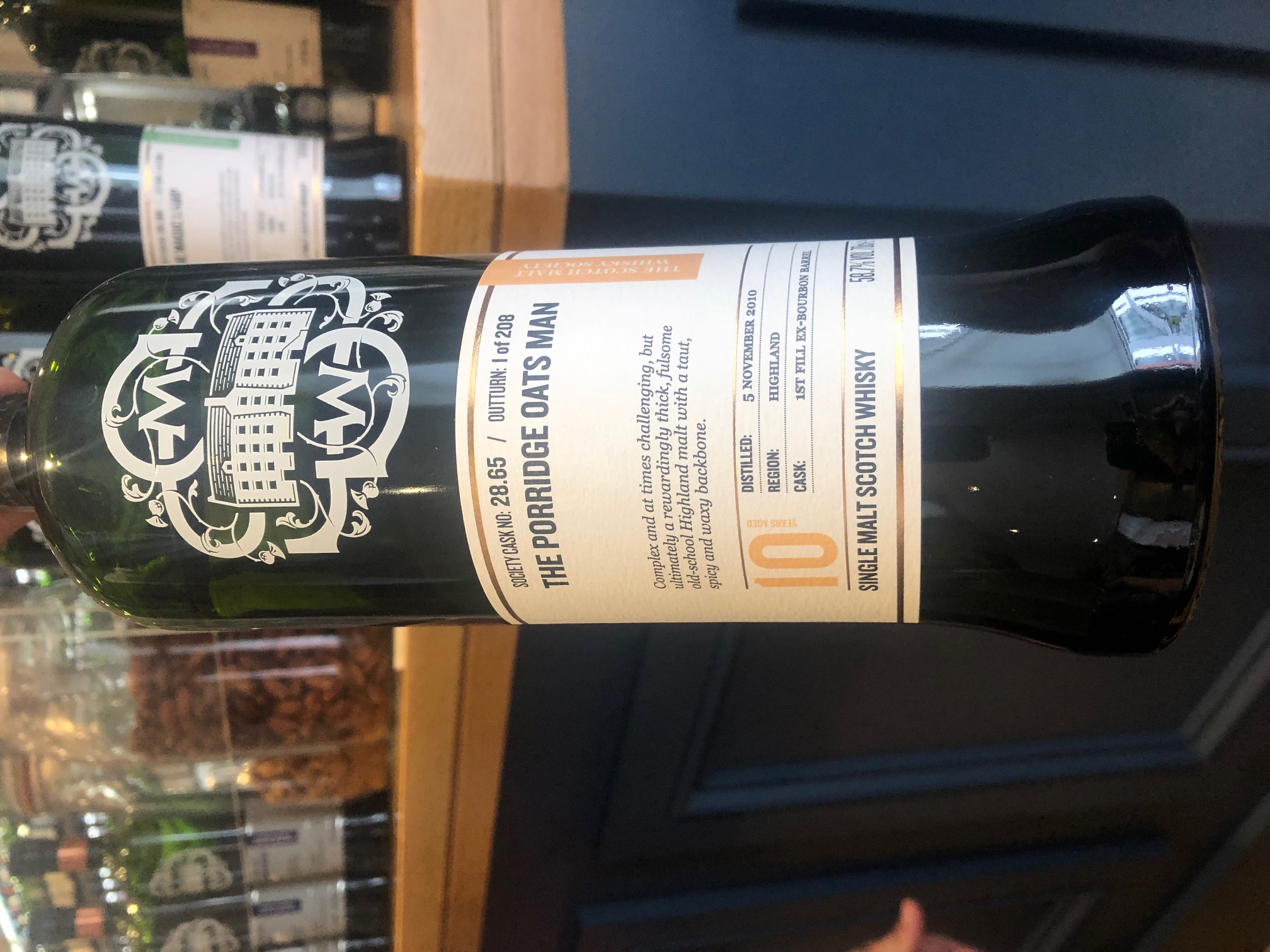 Before signing up to Game of Thrones as everyone’s favourite Ser, Rory McCann occupied the iconic role of Scott’s Porage Oats Man – a character originally inspired by Highland games champion Jay Scott who earnt world fame for his heavyweight feats in the 50s and 60s. Anyhow, enough of the history lesson – this is a 10 year old Tullibardine drawn from a 1st fill ex-bourbon barrel.

Nose: Sure – well named this one. Cornflake cakes and oatmeal sit alongside banana milkshake powder whilst woolly jumpers and fabric coverings are offset by a strange but appealing sense of steeliness and peeling wallpaper. Water reveals waxed jackets and dusty Alpen powder alongside touches of sweetened Greek yoghurt.

Finish: Medium to long with chopped herbs and sunflower oil together with wrought iron and steel cabling.

Part Porage Oats Man – but at the same time also part potty-mouthed armoured knight. There’s plenty of the ingredients on show here – but there’s also inextricably a profusion of ill-tempered diversions into metallurgy and alluvialness. This makes for a thought-provoking whisky, but not one which is necessarily immediately approachable or totally convincing.