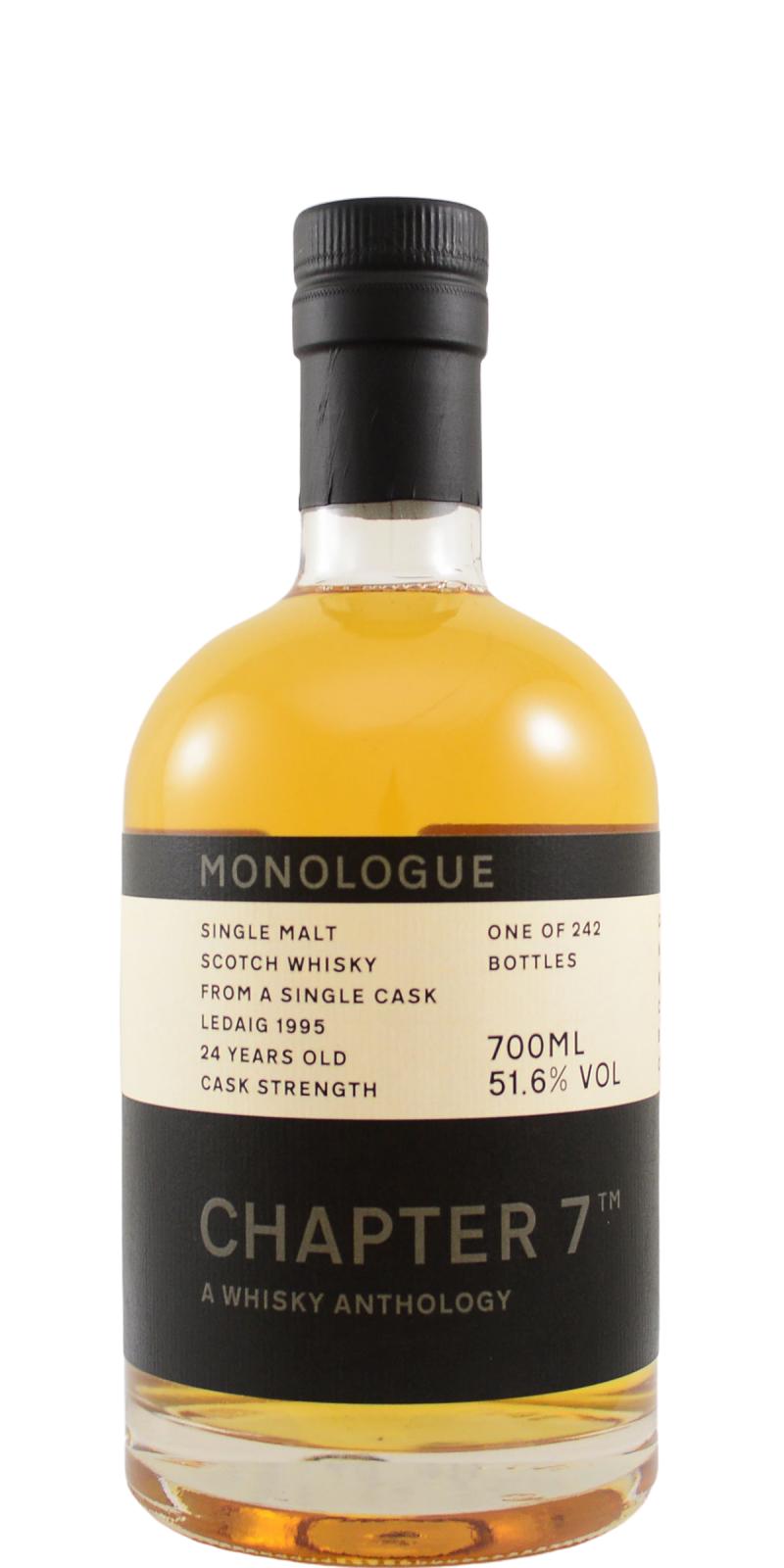 The versatility of whisky never ceases to amaze me. Significant and perceptible variances in profile and character manifest themselves not just between different distilleries – who don’t forget, largely make spirit using the same core processes - but also between the output of different seasons, years and even down to the level of the divergences that are possible between individual casks. Two identical woods filled with the same run of the same spirit on the same day – stored side-by-side for a decade and still tasting remarkably dissimilar. Mind blown. The changeability of whisky is a truly remarkable thing. And as much as I like to contrast spirits to what I perceive as their core representation – their natural zenith – I still always crave a little wonderment in my whisky.

Early on in your journey, moments of “wow” are relatively commonplace – unfamiliar flavours exploding across your palate, textures that make you marvel at something seemingly still liquid in its viscosity, and out of place aromas that are able to transport you to a place so recognisable, it’s as if time has stood still and you’ve never left that moment from your history. Moments like this define whisky journeys – and they’re far more important and formative than ‘the time when’ you hit F5 repeatedly enough to secure a limited-edition release and then posted a photo of the never to be opened bottle on Instagram. Unless of course your sense of wonderment is derived from either ecommence systems or acquiescing to misplaced 21st Century social norms.

Later in your journey, it’s all too easy for the “wow” to be replaced by a knowing and experienced nod. Your 28th Glenwhatsitsname of the year – tasty enough, but at the same time not reaching for the summit of your personal marker for excellence. Consigned to be little more than a footnote in the annals of your whisky adventure.

The longer and the wider you explore, the more it takes to achieve those same levels of enthralment. Familiarity and proficiency are the enemies of astonishment. And they likewise can be an inadvertent steppingstone on the path to whisky elitism – your journey dictating that those that come after should hold themselves to higher standards. You’ve waded through the chaff to find the wheat. And now you’ve got opinions.

For the highs to be discovered, the lows must also be suffered. With approaching 3,000 new releases in 2020 alone (which for many reasons will not be remembered as a particularly vintage year) there will be just as many run-of-the-mill releases as epiphanies. The difference is not always within the contents of the bottle itself – it’s within you. Your perception will be based on where you are on your journey – and this in turn dictates whether a whisky is filed under wow or woe.

But inspirational moments are not carved in stone. Their efficacy and importance are moulded by what comes after. Your first experience of an 30yo+ whisky might well prove exciting and formative, but it will likely be quickly superseded and judged retrospectively by later encounters. Perhaps your first experience happened to be with your greatest 30+ aged whisky. More likely, perhaps not. And that retrospective judgement of our sense of wonderment is important. It allows us to hold great memories – not just of the liquid, but of time, place and people. But it also allows for the necessary forward motion of the whisky industry. Spirit production has and will change with the passage of time - what might have been woe once, could yet be wow in the future.

And that brings us onto Dramble favourite Ledaig. Which, despite its allure to lovers of burnt rubber and meaty weirdness (yes please, thank you very much) was not always composed in this manner. The left-field extremism of Ledaig is a trope of modern production. You’d do well to remember this before you drop the bomb on earlier Ledaig bottlings from the 70s and 80s. Whilst you might well still enjoy them – and indeed, the distillation period of 1972-74 is fabled for a reason – you won’t find the same perversely wonderful profile as you do with current-day bottlings.

Today’s Ledaig is a Ledaig that isn’t. There’s more than meets the eye with this release from independent bottler Chapter 7. Whilst it was distilled at Tobermory in 1995 and left to mature in a bourbon hogshead for 24 years, and that bourbon hogshead (#189) was stencilled up as Ledaig – the spirit is noted to actually be that of Tobermory – I.E. unpeated. Maturing unpeated whisky in ex-peated casks is not a new practice – indeed, its preponderance is growing. But this is (at least to the best of my knowlesdge) the first time I’ve sampled it with the composition of Tobermory’s two quite distinctive outputs. N.B. I believe Boutique-y may have also bottled up a similar 'unpeated Ledaig' cask not all that long ago.

The Chapter 7 release came out earlier in 2020 and consisted of 242 bottles at an ABV of 51.6% and an RRP of £160. It’s sold out directly via the bottler's shop  – which offers a membership scheme providing all manner of goodies, including discounts on directly purchased bottles – but it is still available elsewhere should the unusual combination pique your interest.

Taste: Immediately fat and fulsome, presenting at the intersections of oily vs. creamy. Palpable salinity is up first - salted toffee and salt-rimmed cocktail glasses alongside smooth pebbles and gravely beaches. Yellow and stone fruits follow – apricots and nectarines with smoked lemon and orange peels. A fizzing minerality follows – homemade lemonade and lava stones (sauna rocks) – heated and scorched under the intense heat of a gas fireplace. Reduction offers a more fruit-focussed affair with simple syrup together with apple tarts and sugar-sprinkled grapefruit.

The character of this Ledaig (Ledmory / Tobaig?!) is firmly focussed on the unpeated Tobermory spirit – but, its manifestation is both sufficiently different and sufficiently entertaining to mark it out as noteworthy. Don’t be expecting oodles of burning things which should never have been set on fire in the first place – but do expect a chiselled and precise journey into coastalness. The influence of the ex-peated cask Ledaig is a light touch, but at the same time, the asides that it has added in to the composition feel completely in keeping with the minerality that is on offer here. Admirably unexpected.

With thanks to Kenton for the sample