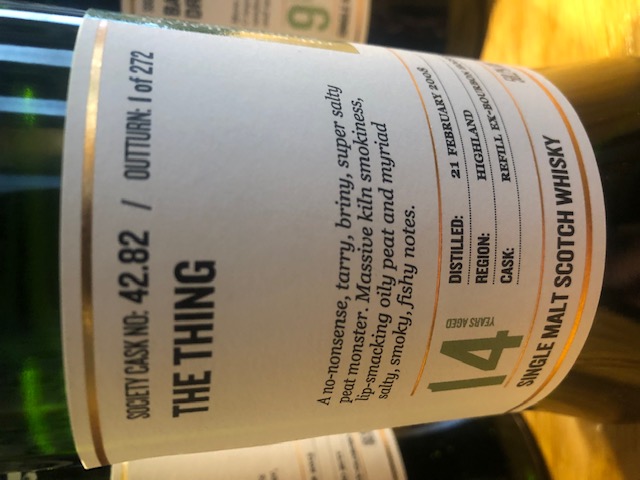 Pleasing to be back in action in time for a release of peated 42 – though looking back over the month’s I’ve missed, it seems that there’s been a fair number of Ledaig releases from the Society. This one is noted as heavily peated and hails from a refill ex-bourbon hogshead. High hopes here.

Named after my second favourite John Carpenter film – this pleasingly doesn’t disappoint. All the modern Ledaig motifs are present and correct here – and there’s an attractive emphasis on rocky salinity that really sits both the distillate style and a refill cask that lets the spirit do the talking. Unsurprisingly recommended.