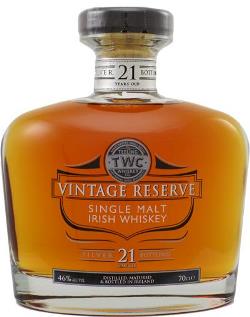 Whilst bourbon and Scotch command a larger share of the global spirits market, Irish whiskey is growing at a significantly faster rate – in 2017 sales were up by more than 10% on the previous year. The revivial has seen the number of active distilleries in Ireland grow from just 4 in 2010 to 24 in under a decade with another 20 in various stages of planning. And yet, quite astonishingly insiders still believe that there is yet more expansion to be leveraged – particularly across the Asian markets. However, at the same time, the market seems to be pivoting – away from long established commonly available bottlings to so-called premium and ultra-premium expressions. And then there’s the likes of Proper No. Twelve – a brand built off of the cult of personality.

Whilst the growth of the category looks sets to exceed the IWA’s expectations (12m cases/144m bottles by 2020), there are murmurs of concern from some of the established players. Younger whisky from the newer distilleries will be hitting the streets over the next five years (few are cash rich enough to wait for their stock to reach full maturity) and the expansion in demand for Irish whiskey has led to a highly commercially competitive marketplace – will all of the new entrants hold to the same quality standards or will they be tempted into cutting corners? It’s important that they hold fast to high quality for the sake of the wider industry – under delivery might well weaken the category’s longer-term reputation.

To my mind, it would be a folly to continue to follow a Proper No. Twelve brand strategy – that type of thing tends to work once – and consumers will both wise up, and move on. Eventually. The key to maintaining the growth for the Irish market is that customers stay within the category and not get dissuaded, priced-out or allured by bourbon, Scotch or other spirits. There’s room for plenty of competition within the market – especially if product innovation is at the heart of the ongoing revival.

Today’s review focus is Teeling Vintage Reserve Silver bottling 21 year old. Sadly, a bottle that you’ll probably not find at retail anymore. But, you’ll still see various batches (there’s been 5) appearing at auction, and recent prices seem to vary between £160-£210…..to think I picked this up a few years back for closer to £100. Crumbs. The market has moved on – at a rapid pace. The ceiling (for virtually everything Irish and whiskey) is measurably higher than it was a mere five years ago, and in my opinion, folks who were not into the category when it was smaller are generally having to accept less for more – sometimes a lot more. Mature bottlings have become brutally expensive, and even some of the younger sourced picks are starting to smack of voracious greed.

There’s a *lot* of bottlers getting in on the act. Some have distilleries in development, some wish they had distilleries in development. But, with a new Irish bottler appearing on my news feed at a rate of nearly one a week, I do start to wonder how many of them will last the distance? I dare say – not all of them. Independents live and die on the quality of their picks vs. the price they pitch their products at. I’m seeing some pretty opaque and unremarkable liquid being offered for some pretty eye-watering prices. Time will tell.

As Teeling Vintage Reserve Silver bottling 21 year old is a single malt, its origins lie either with Cooley or Bushmills – I’d err towards the latter – there’s more in the Cooley warehouse then just ex-Cooley. Batch 3, distilled in 1991 and released in 2013 is composed similarly to the other 21 year old vintage releases – ex-bourbon maturation followed by an unspecified finishing period in ex-Sauternes. 5000 bottles were released at an ABV of 46%.

Nose: An abundance of ripe fruitiness – mango, guava and papaya tropicals – apricot, melon and lychee on the stone and white fruit side of things. Bees honey adds additional sweetness but is tempered by well-matured brassy polish and musty orange liqueur. In the background, vegetal notes of moss, lichen, dried grass and warm soils. Rested, this presents an expanded fruit complement which includes overripe white grapes (the Sauternes influence!) pineapple and tangerines alongside chopped almonds, crystalline ginger and a heightened metallic coppery note. Dilution seems a shame – but, nevertheless – red berries with a dusting of caster sugar alongside hay and an evolving fresh mintiness.

Taste: The arrival offers yet more fruit-forward goodies – a tinned and juicy array of mangos, overripe bananas, apricots, peaches and orange juice. This is followed quickly by a burst of spiciness – pepper and cinnamon – alongside a combination of sappy oak, older polished oak, and planed cedar tree. Grapefruit tartness expands across the palate in the mid to back palate, bringing with it both piquant ginger and leafy greens that transpose into fresh mint. The addition of water adds both an additional honeyed sweetness, as well as a cough sweet syrupy menthol flavour. Spices are restrained (but then so is the expansiveness of the fruit elements) and start to favour ginger over pepperiness.

Finish: The longer side of medium, cinnamon fades superbly with almond brittle, natural honey and a steady (but highly pleasant) drying oakiness.

Mature 90’s Irish whiskey often develops a particularly pronounced fruitiness that seems to draw in enthusiasts like moths to a flame. This Teeling Vintage Reserve Silver 21 year old is no exception, though to my mind, its real strength actually lies in its thoughtful sweetness balance. A veritable market stall of dynamic, well-ripened fruitiness is played off against an exceptionally elegant combination ex-bourbon and ex-Sauternes casks in fabulous harmony. The outcome is a deliciously drinkable as it is assuredly composed. Quite excellent.