Rest and be thankful 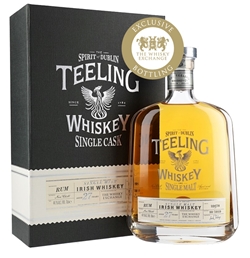 Happy New Year and welcome back to The Dramble. Following a recharge of the batteries over the festive period, we’re now back and ready to kick off our fourth season. Whilst many of you likely enjoyed a few more drams than normal over the last couple of weeks  – I often use the holiday period as an opportunity to give both my palate and my whisky brain a rest. That’s not to say that there’s been an absence of whisky consumption here – far from it – but my drinking of late has been purely for enjoyment and not for analysis. The two are far from synonymous.

I admire the writers who push on through the whole of December into the New Year with their daily reviews and tasting notes. It takes passion and commitment at the best of times. But as well as feeling like the Christmas holidays provide a much needed break from the day-to-day grind, to my mind they similarly offer the opportunity to take a (also likely needed) step back from whisky analysis. And that’s not always as simple as it sounds. The more you train your senses and brain into studying and scrutinising something, the harder it becomes to take simple enjoyment from the core essence of that same thing. I’ve conditioned myself to think about whisky – it’s hard to switch that off. But, I do believe it’s both important and pleasurable to, on occasion, wilfully ignore the innate pull of scrutiny and critique.

All too often we writers put whisky on a pedestal. And I’m just as guilty as the next. The importance of context, fair comparisons, terroir, texture, changing consumer tastes, packaging, flavour chemistry. Yadda, yadda. It’s all very interesting of course, but whilst increasing ones understanding can increase enjoyment, they’re far from the same thing. So, whilst I can’t hand on heart tell you that all of my whisky consumption over the last few weeks has been conducted with nary a thought passing through my brain – I have purposely let go of my usual systematic approach to tasting. A rest for the palate, a rest of the mind….and likely a rest for those around me from my continued witterings.

They say absence can make the heart grow fonder, and my deliberate analysis cessation seems to have done the trick in that I’m feeling recharged and ready for another year of putting pen to paper for this website. At the same time though, I’m also feeling refreshed. It’s all too easy to take critique to a level where others likely wonder if you actually have any real enjoyment for a thing. Whisky writing has increasingly become more polarised – there’s some who never have a bad word to say, and conversely others with never a good one. Neither provides a useful balanced assessment, and both spend much of their time railing against the other. One group needs to think more about whisky, the other likely less.

I’m probably banded into the latter camp – not quite grumpy old man syndrome – but likely to gripe, moan and prattle on about my ‘concerns’. So, in hitting the mental reset button over the last few weeks, whilst I’m sure that throughout the course of 2020 normal service will be resumed, for the time being I’m feeling positive and reinvigorated. Rest and be thankful.

TWE’s 20th Anniversary celebrations ended last month with a final little flurry of exclusive bottlings in December. So, as we head into the first couple of weeks of 2020 we’ve got a little catching up to do with our reviewing. First up we’re over to Teeling in Ireland for some well-matured fruit-forward goodness. Last year saw a similarly aged Teeling TWE release – a 27 year old sherry cask. This time around, same year of distillation (1991), same bottling age, but drawing from rum cask (#10678) maturation. Interesting – there was another venerably-aged rum cask available at the distillery as a hand fill when I visited last year. Seems that John Teeling had a penchant for laying down these type of casks shortly after opening Cooley back in 1989.The exclusive Teeling is available directly from The Whisky Exchange for £460 – 160 were available at the time of this being put live for sale a few weeks back.

Nose: Dense fruitiness with banana bread, dried and fresh mango slices kiwi and melon. Resting further increases the expressiveness – pineapple juice, and a sense of candied and jellied fruits ala wine gums. Running throughout - burnishes tables and polished surfaces (befitting of the level of maturity of this whiskey) and moist earthiness – part wet soils, part putty. In the background, split vanilla pods and perceptible minerality from liver salts. All very elegant and certainly not screaming out for any reduction – but, if you must - leafiness, with greenhouse vines, fallen leaves and lychee.

Taste: A viscid arrival with an interesting jolt of development. Up first, malt loaf, golden barley and lime juice – then, roiling in like a wave, an eruption of tropical fruitiness – mango, guava, dragon fruit and pineapple chunk. Dense, syrupy and well-aged – tempering sugar-dusted sweetness with some over-ripe sourness. Again, plenty of lacquered wood – delivering a resinous and cinnamon-like quality. Finally, a similar vein of minerality to the nose – chiselled, sharp, tangy rock. Dilution here smoothes things out – with less woodiness and explosive fruitiness. It’s less of a journey and more of a calm sail. Nothing wrong with that – but there was real character at 44.1% so, personally I’d stick to that.

Finish: Long with fruits still front and centre and wrapped up in polished oakiness.

This TWE Exclusive 1991 Teeling offers exceptional ester-driven elegance. The rum cask has added additional fruit-forward flavours to the underlying spirit character, whilst also bringing some mineral aspects to the party. The sum of the parts is not only nuanced and memorably eventful on the palate, it’s also gloriously tasty. Well-matured Irish whiskey doesn’t come cheap – particularly currently – and that’s unsurprisingly the case here too. But quality wise, this is quite outstanding. A first-rate opening to our 2020 account.