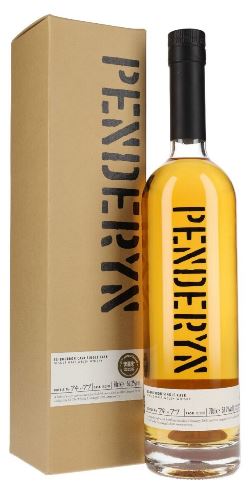 Penderyn sometimes baffles me. Despite possessing a capacity of 700,000 litres of pure spirit per annum (LPA), which puts it between Benromach and Springbank in terms of output, the distillery has seemingly always shied away from age-statements. It’s not as if Penderyn is the new kid on the block either – the distillery was launched (as ‘The Welsh Whisky Company’) shortly after the turn of the millennium and the first bottlings hit the shelves in 2004. Nearly two decades of operation and not even a sniff of a core range age-statement product. 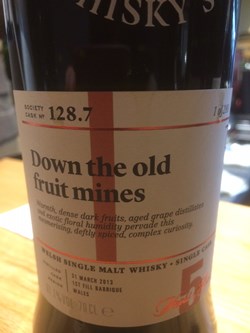 The last SMWS bottling of Penderyn was some five years ago (128.6 Rumbling, reverberating resonances) and came with some ex-madeira influence. This new bottling has spent some time in a 1st fill ex-sauternes barrique. Deep, Rich & Dried Fruits Profile.

Similarly to its neighbour England, Wales has a much longer history of distillation than many would suppose. The first evidence of the presence of stills in the country has been dated to the 4th Century and historical records and photographs document a true commercial site that was in operation during the 19th Century. Frongoch Distillery was located near Bala in Merionethshire (north of Caernarfonshire). Frongoch was far from a diminutive site with a capacity to produce 150K gallons of spirit a year. However, it was certainly a short-lived one – founded in 1889, shuttered by 1903 and liquidated by 1910. A mere 14 years of production and a legacy undoubtedly influenced by the growth of the temperance movement throughout Wales.