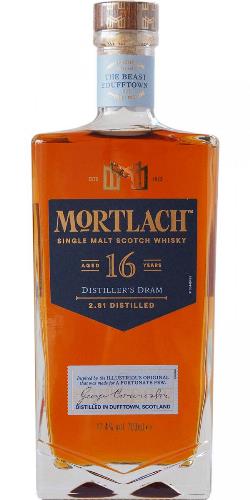 It’s easy to forget quite how big the global spirits market truly is. I’m not talking about the budding expansion of distilleries across the world – or even of the growing interest for all things booze-based. But, the international drinks market is both highly complex and highly interconnected. Taken in isolation, small changes at a small distillery can make huge impacts to both operating costs and profits. At large, multinational companies, whisky, single malt, or even the output of one individual distillery is but a small cog. Far from inconsiderable, but still part of a much large machine. Over the years, Diageo has shown that they’re quite willing to take their machine to pieces and attempt to reassemble it – sometimes with a few nuts and bolts left over.

Many of you will remember the 2014 (failed) introduction of Mortlach as an ‘ultra-premium’ expression of a distillery that few outside of malt enthusiast circles had heard of. But, perhaps less of you will remember that during this period owners Diageo were canning planned distillery upgrades, not only at Mortlach, but also at Teaninich and others. The international drinks market is highly volatile – and speculative. At the time, intense expansion in the East was predicted as those economies continued to grow at rates not witnessed in the rather more sluggish West.

However, this massive expansion largely failed to materialise – growth was much more organic – and as such, the conjectures and hopes around which longer term planning of distillery upgrades were made came and went. Mortlach was reintroduced, (as a ‘new’ category?!?) but capacity at the distillery was not increased – even those affluent enough to purchase the pinnacle of the new range – the eye-wateringly priced 25 year were quickly unable to find it.

Now in 2019, Diageo has revamped the range once again, and plans to reopen both Port Ellen and Brora are moving on apace. But, folks would do well to remember that despite their size, global companies have tremendous economies of scale that can lead to a surprisingly amount of nimbleness when it comes to reacting to external market changes. Only recently, Diageo were reporting strong sales growth, but negative effects from international currency markets. At this scale, it’s not as simple as making good whisky and possessing eager customer. Likewise, not everything is written in stone. Plans will change as the prevalent market conditions change. We’ll have to wait and see how the company’s intended rejuvenations, expansions and whisky tourist up-scaling all pan out – I for one expect a casualty or two along the road.

Until 2014, there was only one official distillery bottling of Mortlach in the form of the 16 year old from Diageo’s Flora & Fauna series. It’s held in high regard and will cost you a pretty penny. The distillery’s new 16 year old, released in 2018 is always going to be compared to this lauded bottling – not only is it the same age, but it too is composed from sherry casks. There are comparisons to be made between the two bottlings - Mortlach’s naturally heavy body, provides both solid base-flavours and texture as well as an ideal spirit for sherry cask maturation – both the F&F and Distillery’s Dram showcase this. However, 2018’s re-re-released bottling is a much more modern exposition, more focussed on poise and balance than it is on raw beastly power.

It’s all too easy to sit back and express regret that the new Mortlach series is substantially changed from its pre-2014 single bottle incarnation. But, that would be a flat and despondent response to life moving forward. Sorry guys, you’ve either going to have to get over it or stump up the cash. ‘New’ Mortlach has a more accessible feel and composition to it – it’s designed to appeal beyond die-hard fans of hefty and substantial distillate. In that regard it certainly is a tangential departure, but compared to the 2014 re-release, of crazily over-priced 50cl bottlings, this seems much more in tune with where the wider whisky market is currently at.

Distiller’s Dram is composed of 1st fill and refill sherry casks and is bottled at 43.4% ABV. It’ll set you back £80 from Master of Malt.  But, if you happen to be travelling in the near future, there’s a good chance you can pick this up for closer to £70 – I’ve been through several airports where the new range (along with travel exclusive 14 year old Alexander’s Way) is being heavily promoted – and offered for tasting.

Nose: Benefiting from some time to decompress, but by no means tight or restricted either. Orange liqueur and red berries are slathered in dark chocolate and dusted in ground ginger and nutmeg, whilst wet soils, fern and heather are joined by tobacco leaf and teak and machine oils. Rested, there’s both a lovely floral honey and floral heather as well as well-worked wood lacquer. A few drops of reductions adds an additional heft of fruitiness with both apricot and peaches alongside tart cases and tanned leather.

I find Mortlach 16 year old Distiller’s Dram to be rather the convincing offering. Whilst arguably a more modern interpretation than the F&F 16 year old (there’s plenty of weight, but no overt meatiness here – it’s got more overall poise though), to my mind, the composition is no less pleasing – expressive fruits (particularly once rested and ever so slightly reduced), interesting earthiness and an abundance of natural oils and lacquers that provide a consistently good mouthfeel. Sure, if you’re looking for true ‘beastly’ Mortlach you’re going to need to look somewhat back in time and towards independent bottlers, but nevertheless, I find this to be very well made and very likable. The sweet spot of the re-re-released Mortlach core range.