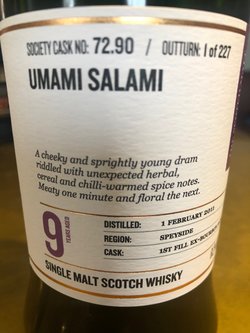 The often overlooked Miltonduff distillery offers a versatile spirit that can shine at a wide variety of ages. Here we’re presented with a 9 year old drawn from a 1st fill ex-bourbon barrel. 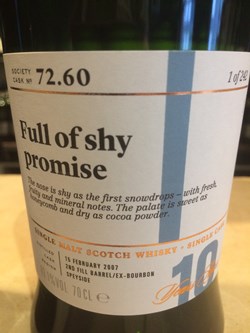 Over to Speyside and Miltonduff. This 10 year old was distilled back in Feburary 2007 and matured in a 2nd fill ex-bourbon hogshead. Juicy, Oak & Vanilla profile. 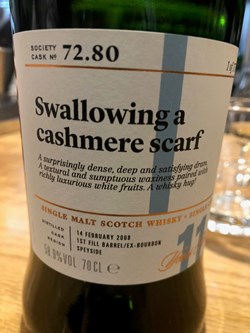 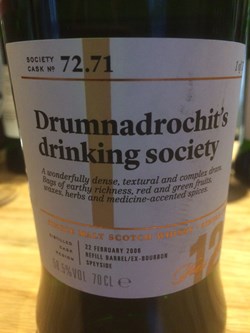 Hard to pronounce, but easy to understand – straight up Miltonduff from a refill ex-bourbon barrel. Spicy & Dry profile. 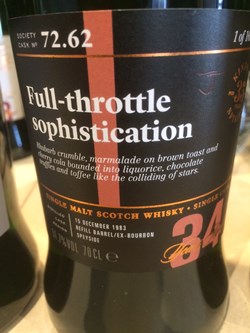 Some serious aging for this Miltonduff – it has been slumbering in a refill ex-bourbon barrel since 1983. Deep, Rich & Dried Fruits profile.

Prior to its legal founding in 1824, Miltonduff had operated illicitly for a quarter of a century. Its home – initially a monk’s prior a few miles south-west of Elgin - possessed ample water sources and sat on fertile land where barley would grow abundantly. Ideal conditions for messing around with tiny pots – and at one point, it was estimated that the area housed no less than 50 illicit stills.

Door number 18 in the Boutique-y Advent calendar delivers a 28 year old Miltonduff. There has not been many official bottlings from the distillery – a few cask strength editions released by Chivas, and launched earlier in 2017, a 15 year old, under the Ballantine’s brand (Miltonduff is used as a dressing malt in the Ballantine’s blend). But, indie’s like Boutique-y have got you covered if you’re a fan of the distillery - indeed, this Emily Chappell designed label focusses exactly on that – Miltonduff fans. And after today’s whisky, there might be another right here.

It’s all too easy to get stuck in a routine. Sometimes without even noticing. The ‘bedtime’ dram, the favoured distillery or just a growing preference for one style over another. Whisky is packed full of myriad obsessions – but with limited time, money and liver to go around – being cemented to any particular drinking avenue will sometimes prove a detriment to your wider exploration.