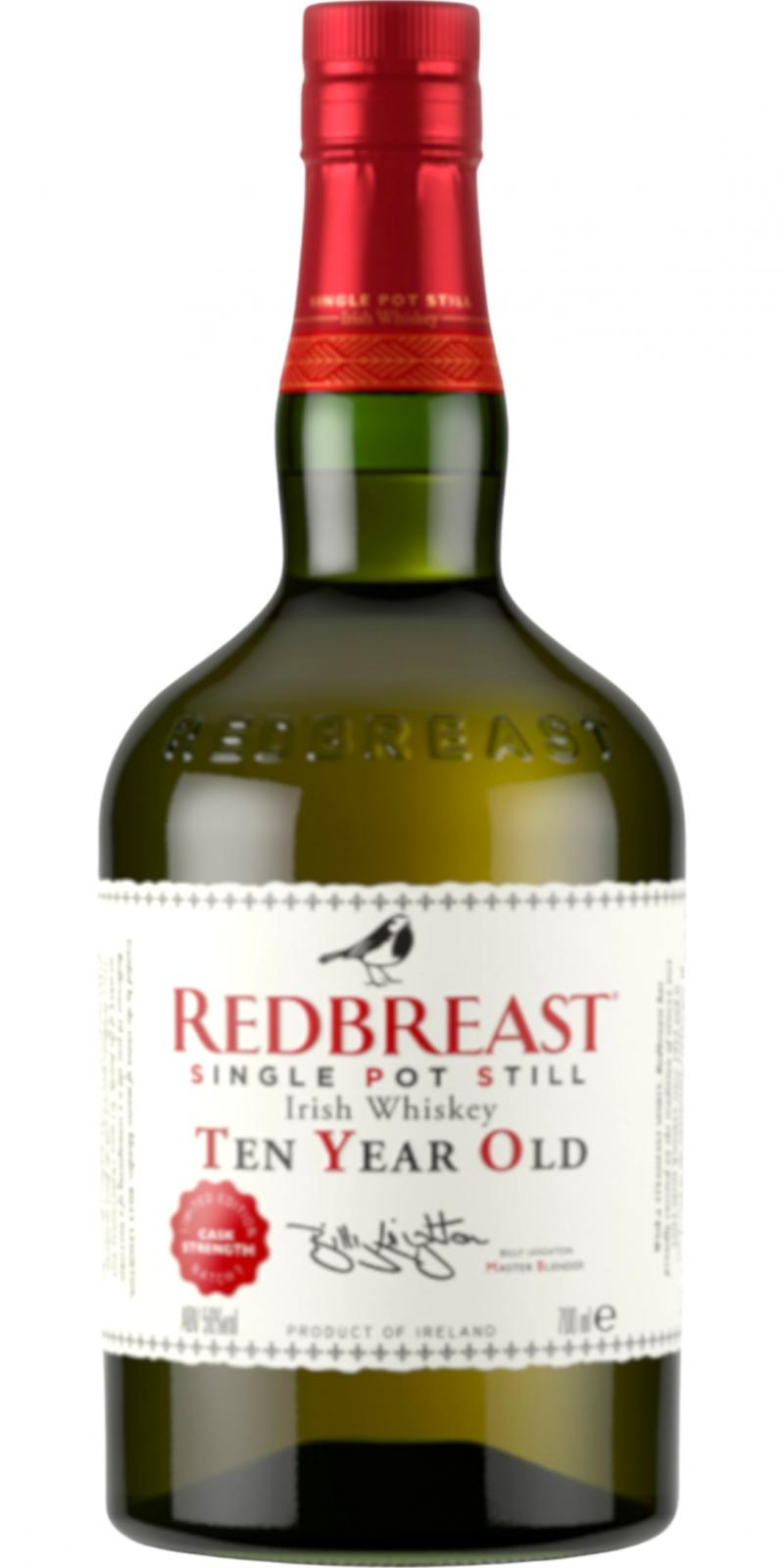 Not all that long ago whisky was a lot less of a loyal market than people supposed. Whilst at the blended end of the market parents and grandparents often tended to sup the same entry-point whisky night in, night out – the ‘premium’ segment of whisky has always been composed of more adventurous types. And adventure rarely equated to unequivocal allegiance back in the day. Devoted whisky enthusiasts – even those who today you’d describe as zealously loyal to particularly distilleries have always flitted between brands. But over the last twenty or so years, dedicated and formal marketing of whisky has come to the fore – and with it – the notion of drinker-led advocacy.

Some of you might be surprised to learn that despite marketing and PR being embedded across many industries for decades (and certainly at least since the 50s and 60s when consumerism dramatically changed tact), it is only over the last twenty years or so that promotional activities related to non-mass market whiskies moved below the line (outside of TV, radio and print advertising). Over this period producers have steadily come to the realisation that sales are not solely derived from persuading the same people to purchase more (there’s only so much one person can drink) – they stem from actively developing brand loyalty to a point where the drinkers themselves become brand advocates.

Back at the turn of the millennium, brand managers moved from pure personal outreach (mainly to the on-trade) and started looking to mass ‘recruitment’ campaigns. Marketing lists of hundreds of thousands of potential drinkers (often determined by other lifestyle markers) were generated. Back then, GDPR was really not a thing. And more people heard the good word about whisky. After email came the advent of the Internet (in terms of widespread adoption), and with it, a democratisation of whisky information. Now you didn’t need to ever visit a physical shop to be sold your whisky – you could do so from the comfort of your own home.

But like so many things, it was, to my mind, the advent of social media that tipped the balance for whisky brand loyalty. Always a forum where, for reasons which still escape me, sides must always seemingly be taken – social channels have led to a mass proliferation of the whisky fandom. And with this, a considerable hardening of brand faithfulness. Whilst virtually all whisky drinkers will still readily explore a broad swathe of bottlings, there is indubitably more allegiance to particular producers, distilleries and bottlers than there was twenty years ago. You don’t have to look far to find an appreciation society for one thing or another.

It is human nature band together with likeminded individuals. And the Internet has made this incredibly easy to do so. Groups help each other when they are in need. They cooperate to achieve mutual goals. They share resources and provide opportunities for social interaction and companionship. In short – drinkers now (and particularly over the last 12 months) spend a considerable amount of time talking about their passions and actively sharing stories, knowledge and drams with compatible others. No real surprises here – whisky is, at its heart a social endeavour.

Producers have been quick to recognise this. And to leverage it to engender greater brand loyalty. Alongside a proliferation of whisky clubs, societies and diverse subscription organisations (SMWS, Summerton etc) – distilleries themselves have sought to create members offerings. In part as an acknowledgement that whisky is a social activity best shared – but also undoubtedly as a recognition of the potential to develop a captive audience.

I’ve not signed up to nearly as many distillery clubs as I could do. They’re more numerous than hot dinners. And this fact is not derived from an unwillingness to open my email inbox to the potential for an ungodly volume of spam (I’m occasionally at the point of email bankruptcy already). Rather, this is down to my own predictions of whisky. I have signed up to the membership options that provide me with either liquid I’m interested in, and/or the particular type of camaraderie I’m after. But at the same time, let’s be quite clear – as much as whisky membership options are about supporting the community and provide social interactions, they’re also about selling you stuff, and leveraging your potential for brand loyalty.

The hardening of brand allegiances manifests itself in numerous ways – from the follower with life-sucking FOMO who has to purchase every bottle – to the fan advocate actively screaming their dedication from the rooftops (read: social media). But the net result is often the same – particularly for those newer to whisky enthusiasm. There’s a palpable pressure to join fan clubs and take out membership options – either to feel ‘part of the gang’ on a social level or to ensure remaining in the loop on the upcoming, must-have releases. And this pressure can have as many negative associations as positive interactions. As wonderful as it is to see someone enthusiastically championing a brand they love – it’s equally as discouraging to see another beating down all those judged to be ‘non-believers’.

But it can somertimes be difficult to disentangle brand loyalty from the potential for dogmatism. On the Internet folks love to bat for a team - often at the expense of becoming blinkered by the broader diversity that exists within the market. Whilst there is more than adequate opporunities for the social aspects that whisky appreciation naturally engenders, moving from being a dedicated fan to an unwavering fanatic only serves to lessen the available options and close minds. Few people truly benefit from a lead role in a cage of their own creation.

Redbreast’s membership option – The Birdhouse – is a relatively new distillery-led club option. Like many, it is free to join – and like many it exists for friendship, celebration of a shared passion….and to sell you more stuff. Past bottle offerings have been at the higher end of the enthusiast market – The Dreamcask releases - as lovely as they all have been, these only really appeal to those already deeply connected (and with deep enough pockets) to Midleton and its offerings. However, the release last week of the Redbreast 10 year old Cask Strength for Birdhouse members represents something of a different tactic. Whilst far from cheap in the widest sense, the release is priced a point where it is comparable to its closest sibling – the well-regarded 12 year old Cask Strength. And with bottle numbers, not specified, but described as adequate enough for all Birdhouse members to obtain one – this latest exclusive has been positioned much broader than the ballots, big RRPs and low cask yields limitations of the Dreamcask series. I suspect it’ll be far from the last in terms of this approach – at 100 Euros a pop, it shifted quickly to say the least.

Redbreast 10 year old was last seen in the 1970s, but as well as a tribute to something not seen for 50 years, it is not (don’t worry) an impending replacement for the 12 year old. Similarly, at the launch event last week it was also noted as “not an annual release” – though at the same time, it does come clearly displaying “Batch 1” on its label. We'll have to wait and see in this regard.

Described as a “….reward for loyal Redbreast fans”, the expression is formed of three different distillates from 10 to 15 years of age. Composed of both American oak ex-bourbon casks and Spanish oloroso sherry seasoned butts, part of the makeup of this whiskey is a parcel of heavier trad pot distillate (noted as previously only utilised in older expressions such as the 21 year old). This positions the bottle as divergent to the 12 year old high strength variant (despite the similar cask composition) and likewise as you’ll see from my notes this addition does indeed translate into the profile of the liquid itself.

Taste: Full-bodied and with the heavier trad pot distillate lending a palpably fatty weight. Earthy rape seed oil brings with it intense spicing – stem ginger, mace, cinnamon, cloves and a building roil of pepperiness. No messing here. Almond paste is spread across burnt toast whilst sticky cranberries and redcurrants are mingled with Graham Crackers, sawdust and charred vanilla-heavy oak. Water offers a softer spicing, dialling down the aromatic prickle and allowing almond buttercrunch toffee and cooking apples to come to the fore.

Finish: Fairly long in length with lingering pot and cask spices folded into residue berry sweetness and a scattering of cooling mint.

Having not tried the 70s iteration, I cannot say whether this modern-day reinterpretation bears any deep semblance to its forerunner. However, I can tell you it’s a dynamic, adaptable, and compelling whiskey. As a 'fan exclusive', there’s a number of boxes which you would expect this release to tick – particularly in terms of its variance from the well-regarded 12 year old Cask Strength. And it does so. Aromas and flavours are precise, defined and in equilibrium, whilst the pot still character (surely a facet educated enthusiasts will most certainly be on the lookout for) runs throughout and is substantially bolstered by the addition of the weightier trad pot spirit. This manifests itself both texturally, but also avidly throughout the entirety of the whiskey where it brings an earthy intensity, both complementing and offsetting the sweetnesses that have been derived from the casks. Overall - a cage I’ll happily remain captive in.