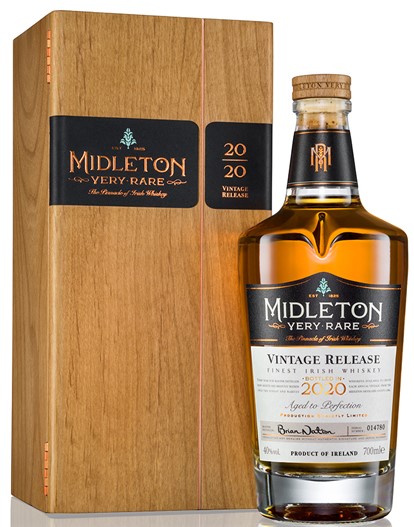 Change within any industry rarely happens overnight. And it equally rarely happens without someone, somewhere asking for it. As the adage goes: you don’t ask, you don’t get. And depending on what it is, consumers might be asking for quite some time. At a glance, whisky appears fast paced – an endless stream of new distillery openings – more new bottles than you could shake a stick at. But in reality and like the transformations that take place inside a barrel as it matures, change in the whisky world generally happens at a rather languorous pace. Less revolution, more measured evolution.

Those a little older can cast their mind back to the turn of the millennium. A time when Japan had only just started to export any notable volume of whisky outside of its borders – and a time when there were just three distilleries in Ireland. Now Japan wishes it had the inventory to meet its export demand, and Ireland is blessed with over 30 operational distilleries. Both significant changes – but both taking two decades to come to pass.

In the Internet age everyone, of course, has an opinion on everything. And bottling strength is one of those thorny topics that is frequently debated – often from the point of view that a whisky would have been superior were it bottled at a higher ABV. The Dramble has already explored the history of the 40% ABV minimum bottling strength in this detailed article from Zander. But whilst that minimum was established over 100 years ago – it is only over the last 20 years that higher strength expressions (particularly those created by producers and not independents) have become a norm.

Many of us, myself included, prefer my whiskies delivered at a higher strength – though, let’s be quite clear, higher strength doesn’t necessarily mean cask strength. Though there are plenty of enthusiasts out there who have blown their taste buds to a point where they put little stock in the skills of blenders and thus believe that only liquid disgorged straight from the cask can be a true manifestation of whisky.

Alcoholic strength for me it’s often a facet of the weight of the spirit within the mouth. For others, ABV has a bearing on the intensity of the delivery of flavours. And it’s fair to say that once your palate adapts to higher strengths, lower ones can often feel even more anaemic than they once did. But no matter your reasoning, ABV also has implications for the perceptions of the value of a bottling. A whisky delivered at 40% will be appreciated quite differently to one bottled at 50% - likely even more so than just the 10% difference in alcohol.

Whilst your casual whisky drinker thinks little of alcoholic strength, a veteran – particularly one acclimatised to the higher strengths that are nowadays offered by both Scotch or bourbon will invariably look down on expressions offered at the legal minimal bottling strength - particularly those pitched at the ‘premium’ end of the market. Change has come to the whisky world and with a raft of higher ABV expressions, the combination of ‘high end’ product offered at lowest possible ABV feels increasingly disconnected.

This all said – if folks keep purchasing these lowest strength whiskies, there’s little impetus for the market to change. Any increase in bottling strength has an onward implication on yield and ergo producer revenues – and as much as folks love to think that distilleries are their friends, it’s most unlikely that producers (particularly the largest ones) will adapt to offering the consumer relatively more but for the same old price. Distilleries producing high end 40% ABV whiskies seem currently more inclined to offer alternative product ranges for those looking for higher strengths than considering revamp pre-existing bottlings that are still selling well to eager consumers.

The growth of global whisky is increasingly leading to calls for producers and bottlers to consider the impact that lower bottling strengths have outside of their entry-level expressions. It’s not just about the revenues, it’s about perceptions. Perceptions that can feel awkward when it comes to luxury prices at lowest strengths. And this is particularly true for Irish whiskey which, despite explosive growth over the past decade is still very much on its journey into becoming established in its modern incarnation.

The development of Irish whiskey has resulted in something of a schism. Whilst there’s an increasing amount of liquid being produced, there’s still proportionally less Irish whiskey produced at higher strengths, and proportionally more offered at 40% ABV than in other established markets. Whilst every market benefits from a diversity of offering, there are now increasing demands from enthusiasts eager for a wider offering that reflects a broader range of alcoholic strengths.

And you can see this directly through online clarion calls such as #CaskStrengthCrusade.

Established by whisky fan David Marra (who I’ll note enjoys all forms of whisky, not just a drop of the Irish), #CaskStrengthCrusade was “….inspired by Midleton Very Rare and is really about two things: more Irish bottles at cask strength as well as fewer ‘high-end’ bottles at 40%”. Marra notes that this campaign is not just about lobbying for greater volumes of higher strength Irish whiskey in general, but it’s also importantly about ensuring that the category is able to capitalise on the worldwide growth in whisky – when other established markets already have substantive higher strength offerings for consumers to chose from – it’s crucial that Irish whiskey can compete to attract new drinkers, some of whom are used to and expect a multiplicity of bottling strengths.

This year’s Midleton Very Rare represents the last produced under the stewardship of Master Distiller Brian Nation. And as is tradition for the series, this 37th edition is bottled at 40% ABV. So it was, so shall it always be. Despite calls such #CaskStrengthCrusade, the 38th edition has already been announced – coming next spring – and still at 40% ABV.

One gets the feeling that it is perhaps not with the long-standing series that calls for higher ABV will find success. 40% bottlings, even at the higher end of the market will exist until folks start to speak with their wallets. But if you don’t ask you don’t get – and already you can see moves by the well-established players (Bushmill’s Causeway Collection) into recognising that in order for Irish whiskey to move beyond its renaissance into a new period of global ascendency, that a diversity of alcoholic strengths is a necessity.

But in order to achieve that change – a change that like everything else in the whisky world takes time – continued lobbying from the fan base is essential. Change will only come when there’s strength in numbers.

This years MVR has been created from a combination of single pot still and single grain whiskies aged between 13 and 35 years of age – all matured in ex-bourbon casks. It will launch shortly across the UK, US, global travel retail, Australia, Germany and Canada in the coming months and has an RRP of 180 Euros.

Taste: Initial viscous but feels underpowered as it expands across the mouth – there’s plenty of inherent texture – but here there’s just an intimation of it. Orange segments and balled melon sits with tinned peached whilst a glass of warmed milk is joined by cask-driven vanilla, milk chocolate, desiccated coconut and a selection of charred peppery staves played against old wood and grain.

The 2020 edition of Midleton Very Rare offers all the elegance one would expect from the series. It is an artfully crafted composition that achieves a high level of harmony and elevation from its constituent malts and grains. And like all previous editions, and in no surprise to anyone who has read the entirety of this piece, I still wish it were bottled with a bit more oomph. Whilst this does work exceedingly well at 40% with a mouthfeel that is about as good as it gets for the strength, and a high level of quaffability - 6% more ABV would likely see this bottling earn a very high Dramble score indeed. As it stands, it's quite lovely....just hauntingly (annoyingly?) close to something altogether more magnificent.