Dressing for the occassion 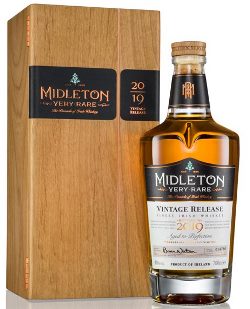 In most countries, the law stipulates that whisk(e)y must be bottled at a minimum alcoholic strength of 40% ABV. This somewhat arbitrary figure came around due to a combination of political imperatives, wartime necessities and of course the old chestnut of taxation. It’s interesting to read about the historical changes in alcoholic strength (previous determined as ‘proof’), especially during the time of the First World War, when distilleries were licensed by the Ministry of Munitions. At one point, the alcoholic volume permitted dropped as low as 50 degrees under proof (28.6%) for whisky sold within munitions areas – no one likes a booze-based explosion. Similarly, at that time, a number of distilleries and munitions depots shared sited together – with a selection of distillation by-products utilised to support the war effort.

Teetotaller minister Lloyd George spearheaded these changes, both as Chancellor of the Exchequer and then as Secretary of State for War. His aim? - To both raise taxation, but also to force the stills to eventually run dry. But, his meddling eventually back-fired when the 1915 Immature Spirits Act required for the first time that spirit be matured in oak casks for a minimum of three years. Rather than force distilleries out of business, the Act simply helped establish whisky as a premium product worth waiting for. The rest as they say is history.

Fast-forward over a hundred years and ABV is still an often discussed topic. There are those who turn their noses up at anything bottled less than cask strength – some even vehemently refusing dilution. To them, whisk(e)y is only whisk(e)y if it’s just tipped straight from the cask. I get it. And as a long time enthusiast, when a producer offers me a product produced at the absolute lowest minimum legally required strength, I do start to wonder whether this is anything to do with historical imperative or drinking experience, and more to do with making the spirit stretch further. 40% can feel rather avaricious – especially when enthusiasts quickly realise that they’re getting less texture and flavour definition as a result.

But, at the same time, there are plenty of new enthusiasts looking to explore the incredible diversities that the spirit has to offer – and few will be diving in to cask strength as their first sojourn. In curry parlance, you’re much more likely to dip your toes in to a Tikka Masala than you are a Phall. High strength is not for everyone, nor is it in keeping with every style of spirit. A prime example of a bottling which has stuck to its low strength guns since its inception (and has been and still is ludicrously popular with dabblers and die-hards alike) is Midleton Very Rare.

The 2019 Vintage release of Midleton Very Rare is the 36th iteration of the highly anticipated blend of single pot and single grain whiskies. All of the spirit by Master Blender Brian Nation is drawn from Midleton’s stock of ex-bourbon barrels, and whilst the youngest constituent this time around is 13 year old age, the oldest has been drawn from 34 year old casks laid down in 1985. The 2019 edition is therefore hailed as ”….the oldest collection of casks used to create Midleton Very Rare.”

The bottling is delivered at 40% – the standard ABV for Very Rare since its inception back in 1984. Its retail price is alas, slightly higher than those intoxicating 80s days – now clocking in at €180 (£160….on a good day). It’ll be available across a wide selection of global markets later this month.

Nose: Fruit first – ripe apples, press pear juice and scattering of dried mango slices. Fresh and vibrant, but not as omnipresent as I’ve come to expect from previous editions. Brown sugars are dusted over grainy cereals, with a side of  shelled cashews and a pile of crushed peanuts. The wood is quite forward with split vanilla pods, allspice, lollypop sticks and dusty oak tables, whilst PVA glue, mocha and a chalky coastalness lurk underneath.

Taste: There’s certainly some oiliness and mouthfeel – but, the lack of weight is apparent. This is all about the ‘smoothness’, not about the structure. But, at the same time, you’d be hard pushed to go so far as to describe this as thin – it’s about as decent as 40% ABV can be. The arrival once again favours fruits – fresh and stewed green apples, sour and tart pineapple and dried mango. These give way quickly to toasted cereals – a bowl of muesli served with creamy milk – flaked oats with a side of crumbled milk chocolate. The mid-palate favours grain – overt acetone, wood glue and aromatic cedar and sandalwood – and cask – coconut shavings, toffee and butterscotch alongside well-integrated cinnamon and nutmeg.

Midleton Very Rare 2019 still should still be accompanied by a dangerous drinkable sticker. It’s ever so easy going, well-integrated and demonstrative of superior wood management. But, this year's vintage feels extremely grain focussed – whilst this might contain the oldest casks utilised to create Very Rare, I’d bet my bottom dollar these were the product of a column still. The composition is still excellent, but I feel that some of the heady, discernible fruitiness that I expect from the Very Rare releases is a little lacking this time around

As to the 40% ABV? Sure, personally I'd wish it were a touch higher - at 46% I would have wider scope to play with dilution and not take this into the realms of strong aperitif. But, as much as it would be welcomed, it’s not a necessity. This 40% is both expertly managed, and also quite deliberate. Whilst a Very Rare Cask Strength would surely be a joyous thing, this is not that - the profile of Very Rare is that of quaffability not of punchiness. Working just fine ever since 1984.