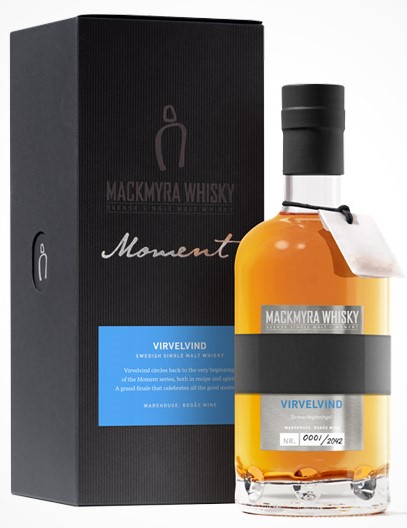 There’s a host of reasons why individual whiskies, collections of whiskies and series of whiskies come to an end. At times this change can present drinkers with entirely new perspectives and directions. A revitalisation of a product or brand. A reaffirmation or repositioning of a distillery’s house style. A recognition that standing still is a sure-fire method for achieving irrelevance. And there are other times when, regardless of the reasons for the conclusion, the response from the community will simply be a sense of sadness that something beloved will no longer be available. Whilst certain quarters of enthusiasts will have you believe that never-changing, monolithic, perceived high quality (and 90’s perma-low pricing) is possible. It is not. Nothing lasts forever.

As much as some whiskies are evergreen, many others naturally run their course. A dearth of available casks needed to craft an expression has often been and increasingly will be a prime reason for a whisky disappearing into the annals of past production. Perhaps my saddest personal loss for this reason was Old Pulteney 21 year old – the lack of well-matured sherry casks (particularly fino) resulting in that expression no longer being able to be produced in the core range quantities that it once was. Award winning, super popular and to my mind delicious – but unable to be continued.

Equally, creativity within the whisky-making process is important to note here. Producing the same expression over and over consistently is an art-form – particularly when cask qualities vary over the years. However, for many working on the production side, imagination and originality are equally as appealing as repetition and consistency. Some whiskies die because the distillery/producer is simply looking to express itself in a different way.

Removing the old and bringing in the new is rarely within the whims of the creators themselves. Whisky is a business. And so rest assured, when something is super successful, as long as the inventory will support it, producers will keep producing it. However, the converse is of course equally true. No matter how well-regarded a whisky is, if it doesn’t sell it’s unlikely to hang around long. And that’s where reinvention can often be employed. Take Mortlach for example – a very well-regarded distillate. However, Diageo were forced to end their 50cl range and reconceptualise it – in 70cls and with far less aspirational pricing. Whiskies and ranges die when they fail to meet their bottom-line targets.

Tastes change. And in so in addition to whiskies needing to be able to be created *and* be able to be sold – they also need to reflect the market in both their conception and their proposition. There are countless examples of distilleries whose outputs have stood still for longer than they should have - and the results of this are all too often boredom, apathy and cries for something new. At the same time, we should note that producers can and do reinvent earlier than this – and of late this has regularly tended toward either a perceived need to cut costs, or a desire to increase pricing – both of which are hard to do if the bottles that you’re selling still look identical.

Finally (though not exhaustively) there’s personnel change. Every distiller and blender naturally wishes to put their own stamp on things. Whilst there is a caretaker role in safeguarding the inventory for future generations – there should also be an innate desire in every creator to put some of themselves into a whisky. Of course, all whisky creators only have a pre-set box of crayons to play with when they take on a new role – but it is through their skills and knowledge that they’re able to take those crayons and mould them into entirely new compositions. Take a look at Glenallachie - those newer to whisky might not remember how maligned that distillery was compared to when Billy Walker took over the reigns. Sometimes good things only happen when other things come to an end.

Mackmyra are presently at a crossroads. Several of the reasons for change outlined above apply to the Swedish distillery – especially with the departure of Angela D’Orazio as the distillery’s Master Blender (she’s pretty much expunged from the website already). And as such, whilst we look today at the producer’s final ‘Moment Series’ release – I for one am interested to see what comes next. Will we witness new brands/labels – or will we see a wholesale reimagining of the distillery’s outlook, stock utilisation and thus whisky character? I look forward to finding that out over the coming years.

Virvelvind is the final release from Mackymyra’s Moment series. It’s described as close to first release in the collection – Medvind - with its combination of bourbon, sherry and Swedish oak – though it’s worth noting that this time we’re largely into the realms of full-sized barrels as opposed to the glut of 30 litre quick-cooking babies which were disgorged to create the 967 bottle original Moment release back in 2011. This concluding edition comes in with a cask spec as follows:

2049 bottles have been produced at an ABV of 46.8%. They’re available directly from the Mackmyra website for £109.

Nose: Fresh and energetic with slices of green apple and underripe pear sitting alongside pronounced oak influence – a combination of sappy, resinous wood and fresh sawn 2x4. Supporting are Alpen, toasted white bread and coconut macaroons, whilst smoke permeates casually in the form of singed hay. The addition of water offers more prominent cereal character together with Milky Bars, gooseberry and juniper berries.

Taste: The casks are out of the trench before the starting gun has even been fired. Woody stuff. Vanillins, toffee, sawdust, shavings and char. The tannins bite quickly alongside a hearty sprinkle of pepper, cinnamon and ginger. The distillate must be in here somewhere. Ah, there it is – pear drops, orange peels and pine and spice infused smoke that’s here to join the party, not to lead it. Reduction offers a agreeable orchard fruit syrupiness and some creamy texture throughout the development – but it’s also at times like sucking on a lollipop stick. Better at 46.8% for sure.

I wrote about Mackmyra’s finale seasonal release Limousin back in May. In something of a consistent finale to the Moment range - Virvelvind shares its preponderance of heavy cask influence and tannic quality. And looking at the cask spec for this release, I’m fairly convinced that the Ny Svensk Ek (new Swedish oak) is the likely suspect. Despite only being 13% of the total recipe – that’s two 100L casks of 11-12 year old virgin oak in the mix here. And that’s one cask too many for my pernickety palate. The result is a constant tussle between the arguably elegant older ASB sized casks and the persistent, smaller Swedish oak. And sadly it’s no real contest as to which comes out on top in driving the profile of this whisky. As it stands, for me, the final release of the Moment series somehow manages to be both a bang and a whimper.

I’m pretty sure that tasted in isolation, a sub-QC sized, decade+ virgin cask will likely present as rather masochistic to many a palate. That’s not to suggest that such things cannot be useful tools to have within a wider box – but personally, I’d be looking at them sparingly given their potential for exceedingly powerful influence.

Virvelvind doesn’t hold back on the oak at all. It’s certainly not at all confused as to what it wants to be and present. Sadly, that’s just not where my whisky preferences really lie – and looking forward to whatever Mackmyra decides will be its new focus, I can’t help but wish that the distillery will foist the qualities of their spirit over the potencies of their casks. Whilst that might make their outputs seem less individual, at the same time, it may well open doors to a far wider potential audience.