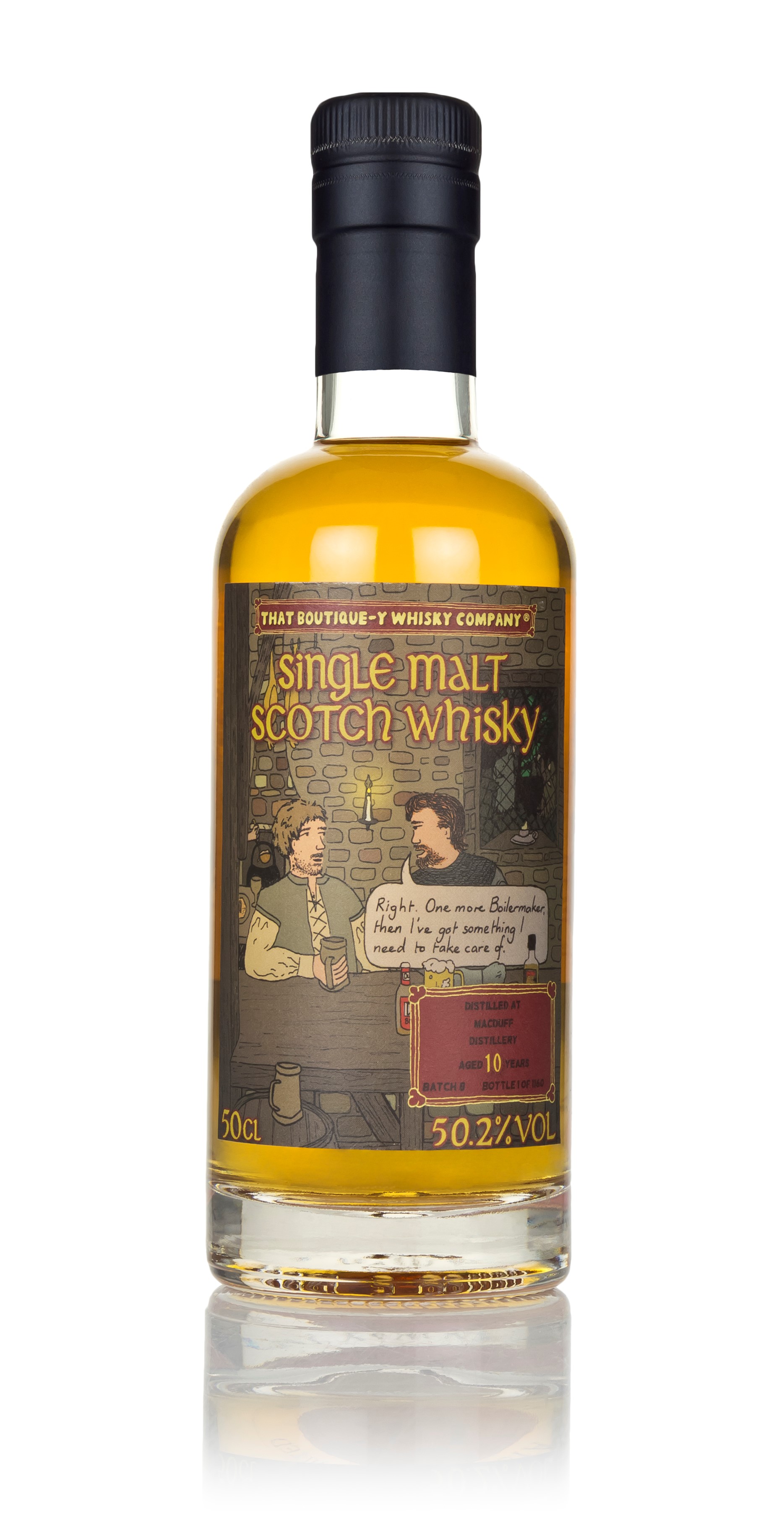 It’s little wonder that few outside of enthusiast circles have heard of Macduff Distillery. For starters, much of the site’s production goes into blended output – both for the recognisable Dewars, and also for the little known (in the UK at least), but apparently 6th bestselling Scotch in the world – William Lawsons – Russia’s largest imported spirit brand. Who’d have thunk it. But, the distillery’s general anonymity also stems from its preponderance for using different names – Macduff for independent bottlings, Glen Deveron for global travel retail and The Deveron for an OB age statement range. You’ve likely passed Glen Deveron on the shelves within many airports – you’d be forgiven for walking on with a vague shrug of the shoulders.

Whisky devotees should have had a little more exposure to this modern style distillery. It was constructed in 1960 – like many distilleries of the age, to meet the demands of the post-war boom. It sits on the banks of the River Deveron – and at one point neighboured the regularly explosive Banff distillery - four detonations over a little over 80 years - before Banff’s closure in 1983.

There’s a wealth, if not a glut of independently bottled Macduff  - most of the oldest expressions being released by Douglas Talyor who presumably invested heavily in the distillery’s stocks. Whereas when it comes to Glen Deveron, there’s been a swathe of vintage releases since 1978, and then in 2015 the launch of the ‘Royal Burgh Collection’- a travel retail trio of 16, 20 and 30 year old Macduff single malts.

‘The Deveron’ was launched as the distillery’s non-duty free single malt range back in 2015 and consists of a 10, 12 and 18 year old. All well-priced for their relative ages, but not particularly well-known, or well-regarded sadly. For time being it might be best to stick to the indy bottlings to explore this Highland distillery.

We’re 2/3 through the Boutique-y Whisky 2019 Advent calendar – and next up we have Batch 8 of the bottlers Macduff 10 year old – which took home gold medal at this year’s Scotch Whisky Masters. 1,160 bottles were produced for this batch, at an ABV of 50.2%. They’re available from Master of Malt for £59.95.

Taste: Cooking and cider apples commence sweetly, but gradually sour throughout the development. They sit with underlying creaminess (which has a pleasant texture element along for the ride) from iced buns, filled scones and hot cross buns whilst toffee sauce is liberally poured over. Again, minerality prowls  - limestone and quartz with a handful of cooper coins. Water makes for a softer approach and landing – peaches join apples and gingerbread and nutmeg join cream cakes. All very pleasant.

Boutique-y’s 8th batch of Macduff is all rather successful, offering a contrast between sweet and sour fruits, patisserie/baking and an underlying coastal character. This background maritime note is unlikely to derive from Macduff’s near coastal location (as romantic as that would seem), but it nevertheless grounds the entire whisky quite effectively.