“What’s this? A review of Macallan Genesis?! What type of witchcraft are you practicing here? This bottle is for selling – it’ll earn you the price of second hand family car. It’s what? <gasp>. It’s open?! But, it’s for collectors to lovingly gaze at, safe in the knowledge that they own a consumer good deemed too valuable to actually consume. What do you mean he’s shared it out with all his mates? Do any of you know how much it was worth?” See, it turns out that ‘worth’ can be a very mutable concept, and when it comes to whisky, there are moments which fill my heart with the generosity that still exists across our community. It’s not what got me ‘in to’ whisky. But, it’s arguably what keeps me here.

So listen. Yesterday if you looked online, you’d likely have found exactly zero reviews of Macallan Genesis (barring a few hastily scrawled and frankly suspicious looking Whiskybase notes and scores). But, this morning, you’re going to have two of them to compare and contrast with. Both The Dramble and Andrew’s Share will be featuring reviews of the bottling which has caused a variety of headlines both inside and outside of the whisky world. You’d best strap in… 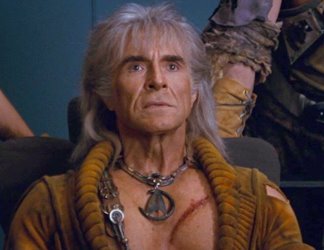 It would be all too easy to spent the next few minutes of Dramble page real estate bemoaning the state of the whisky world. And frankly, the Macallan Genesis makes that all too easy a task with its tales of road closures and preposterous capitalism. So, I’m not going to do that. It’s Monday, why would anyone want to start the week on a downer – you’ve got the news for that? There’s a positive story to tell here.

Whisky should be shared.

These two reviews of Macallan Genesis are only possible because of the generosity of the always lovely and ever-passionate Alistair Mateer (@spiritandwood). Those of you who have met him will know Ali, not only to be a fanatically dedicated whisky enthusiast, but also (and despite acknowledging himself as a ‘collector’) to be an exceedingly humble and big-hearted fellow. Ali opened his bottle of Macallan Genesis to celebrate the completion of his house move, and the construction of his glorious new whisky den. But, whilst many of us have snaffled away and cracked open a celebratory bottle in our time – few of us dare to do so with bottlings which have become worth several times their initial value. And, honesty, I don’t think anyone (at least within the online bubble of whisky enthusiasm) has done so with the Macallan Genesis. Until now…

I’ve always felt it to be quite an honour to be part of such a vibrant and friendly community. It’s my home away from home. And whilst there are times and tribulations which shake those foundations (and my wallet), it’s just as much the people who keep me coming back as it is the liquid. People like Alistair.

There’s a reason I arrived early to the London Whisky Show to stand in the queue for 2 hours prior to opening – whilst possessing an exhibitor pass. There’s a reason why despite running my own whisky club, I attend other people’s. For whisky to be shared, it needs great people to share it with. Fortunately, our community is packed full of them.

It’s all too easy to get sucked into a tabloid headline mind-set of doom and gloom - the prices of this, the lessening quality of that. And sure, I get it – I’d not be turning a critical eye to the whisky world if I don’t regularly highlight these things. But, I’m here because I love whisky. It’s been my passion for many years. And a passion shared is a passion improved.

People drive whisky. From its creation to its eventual consumption and everything in between. If whisky wasn’t being opening, wasn’t being sharing, discussed, and most importantly enjoyed together, our community would be immeasurably poorer for it. I understand that it can be far from easy to open a bottle when its secondary price has jumped several-fold. And yet, once in a while should'nt we all take a step back and ask ourselves – can we truly put a value on our friendships? 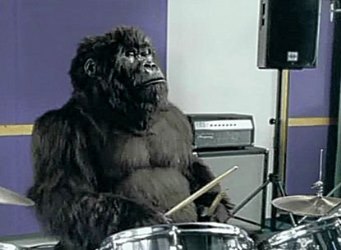 The Macallan Genesis was released by the distillery back in the summer of 2018 to celebrate the opening of their new £140m (now award-winning) site. If you want to see a demonstration of how the whisky world is rapidly changing, watch the dubstep inspired launch party light show. Details on the bottling are scant, but it’s safe to say that it follows Macallan’s DNA being oloroso sherry matured.

No age-statement is provided, though I’d guess from my tasting notes that the expression is a blend of both fresher and younger sherried whiskies with, older, deeper and more austere liquid. 2,500 bottles were produced with an ABV of 45.5% and a sticker price of £495. Availability was only via the distillery and several airport shops in Asia. Let’s say it proved to be a little popular and leave it at that.

Nose: Initially delicate, but opening considerably with resting. Quite intricate too. Green apples, dried apricots, orange peels, cocktail cherries an assortment of jams and preserves. Part fresh, part musty with rancio. Toffee and nutty oloroso are joined by rum-soaked raisins, brown sugars, chopped almonds and marzipan. The addition of water expresses strawberries and cream alongside cinder toffee – it’s arguably brighter, fresher and less dunnage influenced, though it has lost some of that intricacy.

Taste: The arrival delivers both texture and weight – more than the 45.5% ABV would suggest. Orange jam and strawberry bootlaces sit with maraschino cherry liqueur and plenty of leather covered surfaces – bound books, library armchairs. The mid palate offers a different experience – that of building spiciness – pepper and ginger – roiling in like a wave, but never becoming over-bearing and pleasantly subsiding back to fresh nutty sherry, unctuous toffee and ripe hedgerow berries. Dilution unsurprisingly lowers the weight and mouthfeel, but it adds a wonderfully juicy texture to the fruit complement – less dried, more fresh and without the drying spice of the cask.

Irrespective of this bottle’s secondary desirability as a commodity, and its now near infamy within the community, on a liquid level alone it’s frankly excellent. The vatting of casks is impeccable, offering a pin-point balance between fresh and dried fruits, youth and maturity and brightness and opulence. As you’d expect from the distillery, everything is about the sherry, but at the same time, this sherry is far from one-dimension. It’s layered, expressive and masterfully composed.

The Dramble doesn’t score on price – one person’s expensive is sadly another’s pocket change. However, I’m always happy to pass broad comment. At the original £500, you’d expect this Macallan to deliver. It does. Of course, that price comes with the build-in prestige of the distillery and some fancy packaging to boot. Some of you will like that, others won’t. There's certainly a Macallan premium there. However, the RRP is now moot – you’ll not find this for less than £1000 (though it’s come down from its zenith of £4,600). And that’s arguably a shame as the whisky itself is quite lovely. Just the sort of thing which should be opened for special occasions and shared with good friends. And, this experience goes to remind me that I'm both honoured, and delighted to be in the company of so many of you.

In the beginning there was darkness, and god said let there be whisky. And people. Definitely also people.

With immense thanks to Alistair (@spiritandwood)