You can’t always get what you want 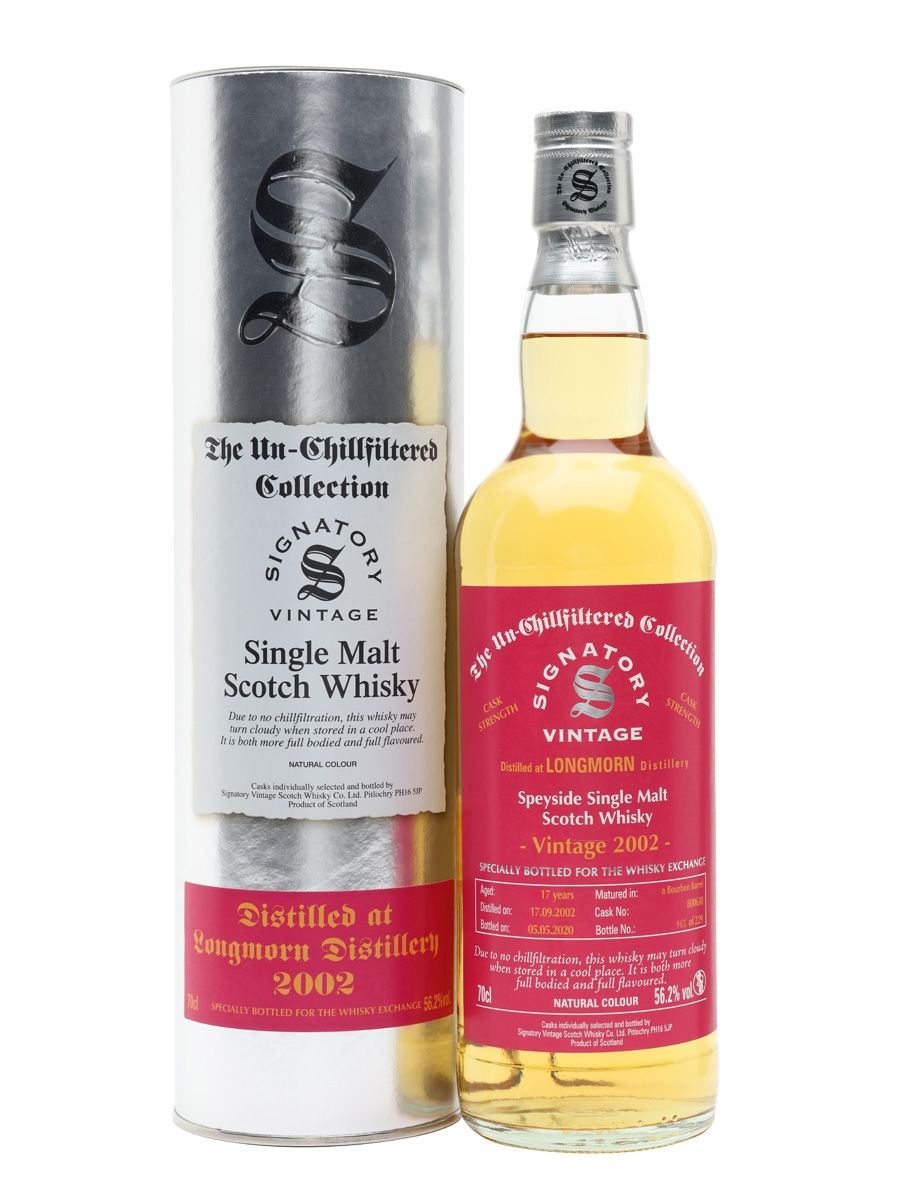 You’ve more than likely tasted whisky from Longmorn distillery even if you’re not cognisant of doing so. The usually understated and often underrated Speysider has been quietly buttressing myriads of blended whiskies since its foundation in 1894. Ever sampled Chivas Regal? Well, whilst the core of that world-renowned Scotch comes from Strathisla, much of the fruit-forward character is derived from the dressing malt component of Longmorn. And it’s that same fruity charm that regularly sees enthusiasts on the lookout for exceptional single malt bottlings of the distillery’s spirit. But there’s one small problem – whilst Longmorn’s place as a high regarded blended component is assured, it’s presentation as an official single malt has never really (particularly over the last few years) captivated the market.

Longmorn was established at the end of the 19th Century by serial entrepreneur John Duff. Originally a publican, Duff was also the erstwhile manager of Glendronach Distillery and therefore no stranger to the ins and outs of Scotch whisky production – which at the time was almost solely dedicated to the creation of blends. Duff had constructed and managed Glenlossie in 1876 but was ever the wandering dreamer. He left Scotland behind in 1888 to attempt to kick start whisky distilling in the Cape of South Africa. Whilst brandy was first recorded in the country back in 1672 (distilled by A. H. Nellmapius), it was not until 1952 that Tops Distillery found some limited commercial success (though this venture too failed not long after).

Duff was a man out of sync with the times and failed in South Africa. He then headed onward to the US to find fortune and glory. He found neither. After five unsuccessful years away, he was forced to return home to Scotland where he partnered with Charles Shirres and George Thompson and founded Longmorn Distillery. Things seemed to be going better – and so in 1897 he built neighbouring Benriach. Nothing like doubling-down.

The reputation of the qualities of the Longmorn spirit spread rapidly over its formative years, and the distillate was utilised across a number of products (some of which - for instance, Dewars are still in production and well-know today – albeit composed entirely differently). Nevertheless, by the end of the 19th Century the effects of the Pattison Crash rippled out far wider than the Leith based operation’s headquarters. The collapse of the blended producer in 1898 in turn bankrupted Duff and forced him to close Benriach (which became a maltings only for the next 65 years) and sell everything he owned to pay off his creditors. Longmorn continued distilling and throughout the 20th Century was subjected to a range of mergers and acquisitions. Since 2001 it has been owned by Pernod Ricard.

And that brings us to the modern era – where over the past two decades, Longmorn has continued to fulfil its original purpose as a blending component – whilst also witnessing a range of not entirely successful launches into the world of single malt. The original expression of Longmorn – the 15 year old – was available until 2007 when it was replaced by a differently composed 16 year old expression. Both were popular during their times albeit they were much less visible than many of the growing ranges and releases from neighbouring distilleries.

It was not until 2016 that Pernod Ricard decided that a ‘Morlachification’ of their portfolio was required. Despite several of the company’s distilleries arguably possessing specific features that would make them suitable for ‘premiumisation’ – least of all, recognition outside of all by the most devoted of whisky circles - Longmorn was selected to be the company’s figurehead malt. A revised range of expressions was crafted – with a new, and entirely fanciful range of prices. I think it’s fair to say that waves were not made.

The 16 year old Longmorn is still in production, but the days of attempting to foist a largely unheard of distillery into the luxury end of the market with little more than some new glassware and a puffy press release seem over – at least for the time being. The official Longmorn page on the Pernod Ricard site is rather the sad footnote in history. A hollow shell of hinted indulgence which seems to have fallen into disregard and a certain degree of neglect. Perhaps there's a relaunched relaunch to come in due time?

But perhaps overall, this is an important lesson that whilst all whiskies have their role to play, they don’t always easily translate to being repurposed and repositioned outside of these roles. OB Longmorn has never broken into the whisky mainstream and I doubt it possesses the facets neccessary to ever truly do so. This in turn begs the question of whether it actually need to? Not everything is crafted with the intention of shining brightly in isolation.

Longmorn has found a healthy niche within the independent bottling market, where there’s enough interest to sustain a reasonably regular and varied suite of bottlings. And that's likely enough for this distillery - it's often happiest as being an important part of the band rather than a solo artist. You can’t always get what you want. You get what you need.

The last of the recent triptych of TWE exclusives offers us a Signatory exclusive 2002 17 year old Longmorn. Distilled in September of 2002 and bottled in May of this year whilst we were all on the sofa watching TV – bourbon barrel 800638 produced 229 bottles at 56.2% ABV. They’re available from The Whisky Exchange at £135.

Nose: Flan bases and puff pastry – with a cup of warm cocoa before bedtime. Comice pears, peach and Fruit Pastilles sweets are joined by pink wafer biscuits, whilst in the background - tarter and sharper notes of quiche jelly and mandarin segments sit with sack cloth and spun cotton. Reduction presents a creamier aspect with crème patisserie and vanilla ice cream alongside a palpable char from the bourbon barrel.

Taste: Opening on ripe apricots candied peels and additional pears that have traversed over from the nose. Burnt toffee provides a backbone whilst tree resin and sappy oak sit with foamed milk and spent cafetière grounds. Dilution once again presents as creamy – peach yoghurt, crème brulee custard and an additional fruity incursion from underripe plums and nectarines.

The inherently fruity qualities of Longmorn shine through in this TWE exclusive edition. Bright and pronounced fruitiness runs through both nose and palate and is pleasantly offset by both creamy asides and a cask influence that is palpable, but never overwrought.