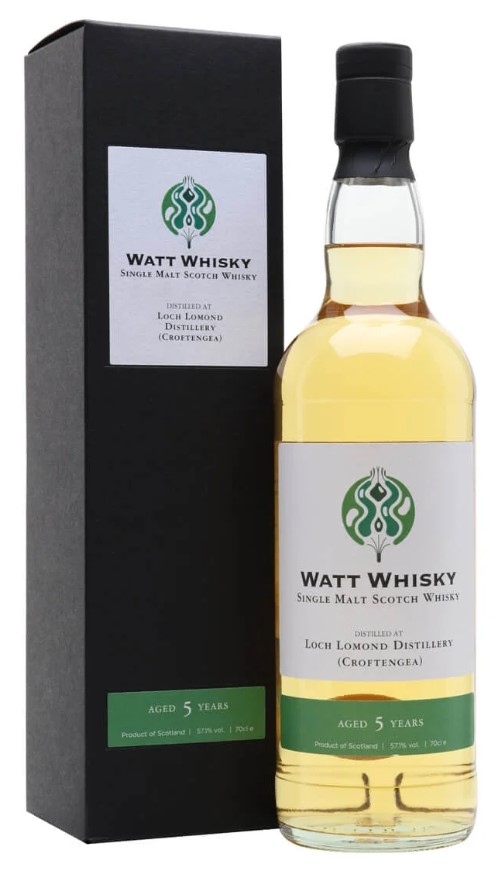 Ending our Watt Whisky coverage for 2022 with what is probably my favourite Lomond distillate – Croftengea. One wonders how long IBs will be using these alternative names for Lomond’s output – the distillery has stopped entirely and has moved over to entirely generic “fruity” / “smoky” adjectives – fine for the wider market, but whisky geeks will always want to geek. Let’s see – Lomond is one of the most diverse distilleries out there, so some differentiation is surely needed to ensure that the general character of IB bottlings remains possible to comprehend from the label alone.

This single cask release is a young one – matured for 5 years in a barrel since 2017 before being bottled at 57.1% ABV. Bottles can be found at The Whisky Exchange for £64.95.

Taste: Sweeter at first with poached pear and balled melon alongside white chocolate. Then leading into hessian and cotton sheets before exploding in a peaty fireball of burning vegetation, autumn leaf bonfire, touches of antiseptic and coal tar. The herbalness from the nose remains – grassy and garden fresh. Reduction expresses a surprising lightness with touches of distant pickled onion set against orchard fruit salad and fresher (unburnt) herbalness.

Finish: Very long with the white fruits lingering far longer than they have any right to and joined by residual ashiness.

You can largely ignore the age statement here (indeed, I daresay many of you have been drinking similarly aged peated NAS for years without knowing anyhow) – in my opinion Croftengea can work just as well young as it does with a bit of age behind it (though I’d certainly be interested to taste some 18+ expressions when they inevitable hit the market in a couple of years’ time). The Watt’s have picked a cracking cask here which allows the blistering and potent spirit to shine without at any point losing its inner core of dynamic fruitiness nor its balance between those fruits and the forceful levels of smoke that are present. Digging it.