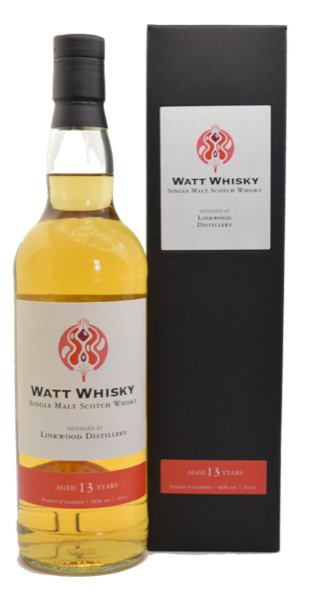 Clear wort, long fermentation and slow distillation all help Linkwood whiskies exhibit a fresh character combined with a weighty mouthfeel – a combination which makes the spirit rather popular in blending circles. This Watt Whisky single malt example hails from 2007 where it was filled into an ex-bourbon hogshead and left quietly for 13 years. £67.95 from The Whisky Exchange. 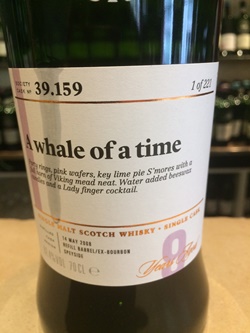 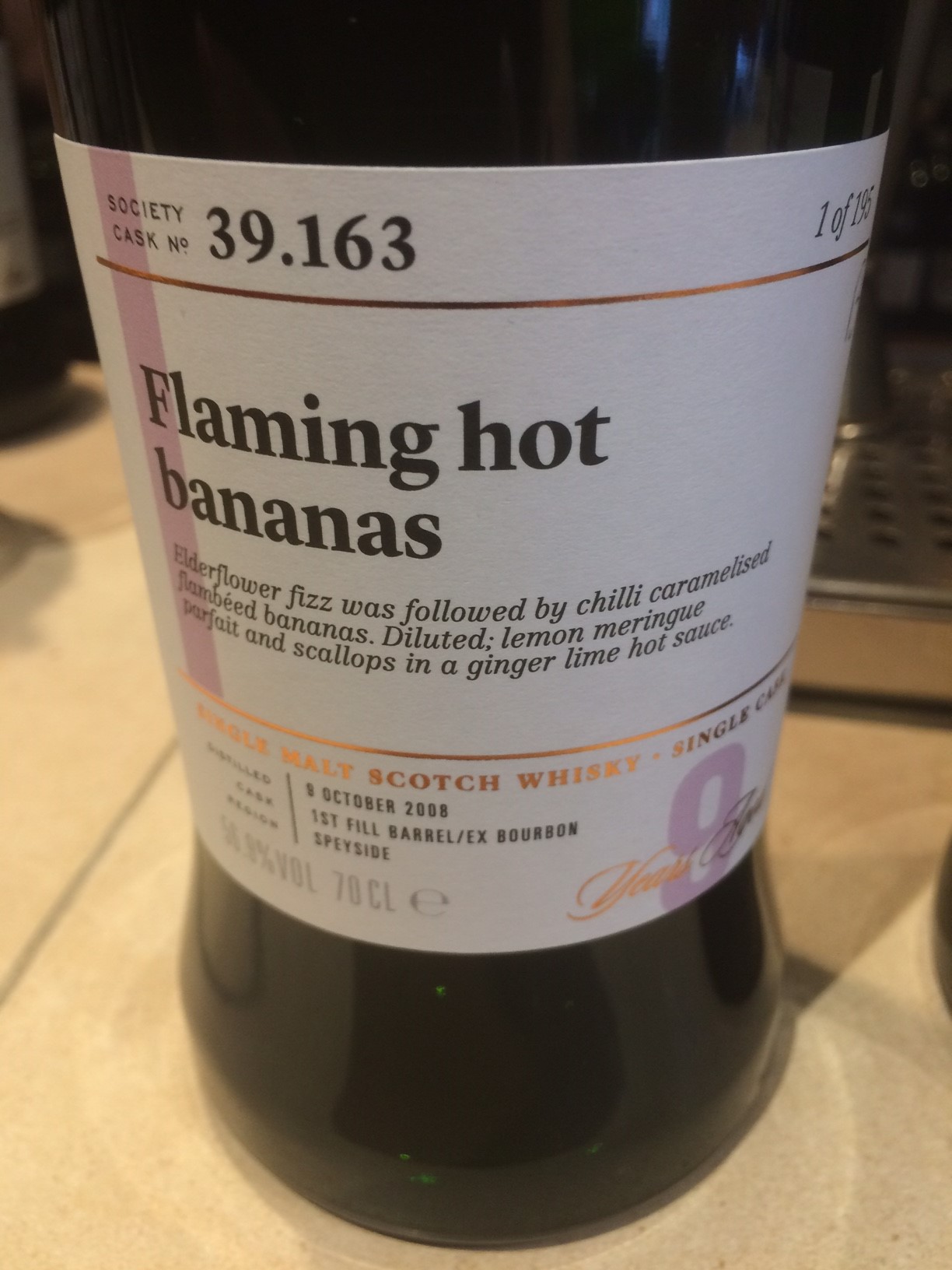 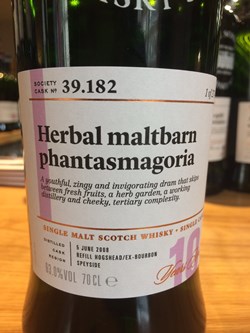 10 year old Linkwood that’s been maturing in a refill ex-bourbon barrel since June 2008. 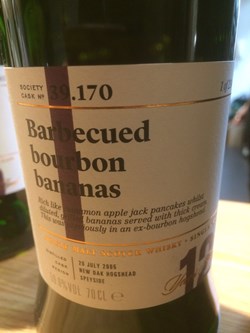 This Linkwood has spent 11 years in an ex-bourbon hogshead before being re-racked into what is slowly becoming a Society favourite – virgin oak with a heavy toast and medium char. Spicy & Sweet profile. 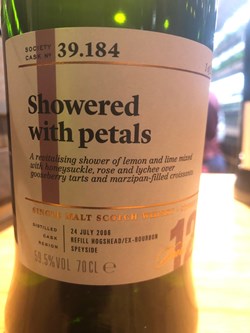 Over to indy bottled regular Linkwood for a 12 year old matured in a refill ex-bourbon hogshead. 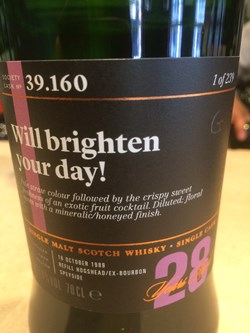 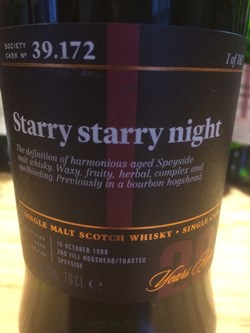 Well-aged Linkwood that’s been matured in an ex-bourbon hogshead for 26 years and then finished in a toasted second fill hogshead before bottling. Old & Dignified profile.

A venerably aged Linkwood that has spent 26 years in an ex-bourbon hogshead and then was re-racked into a 1st fill PX hogshead for a decent length second maturation. 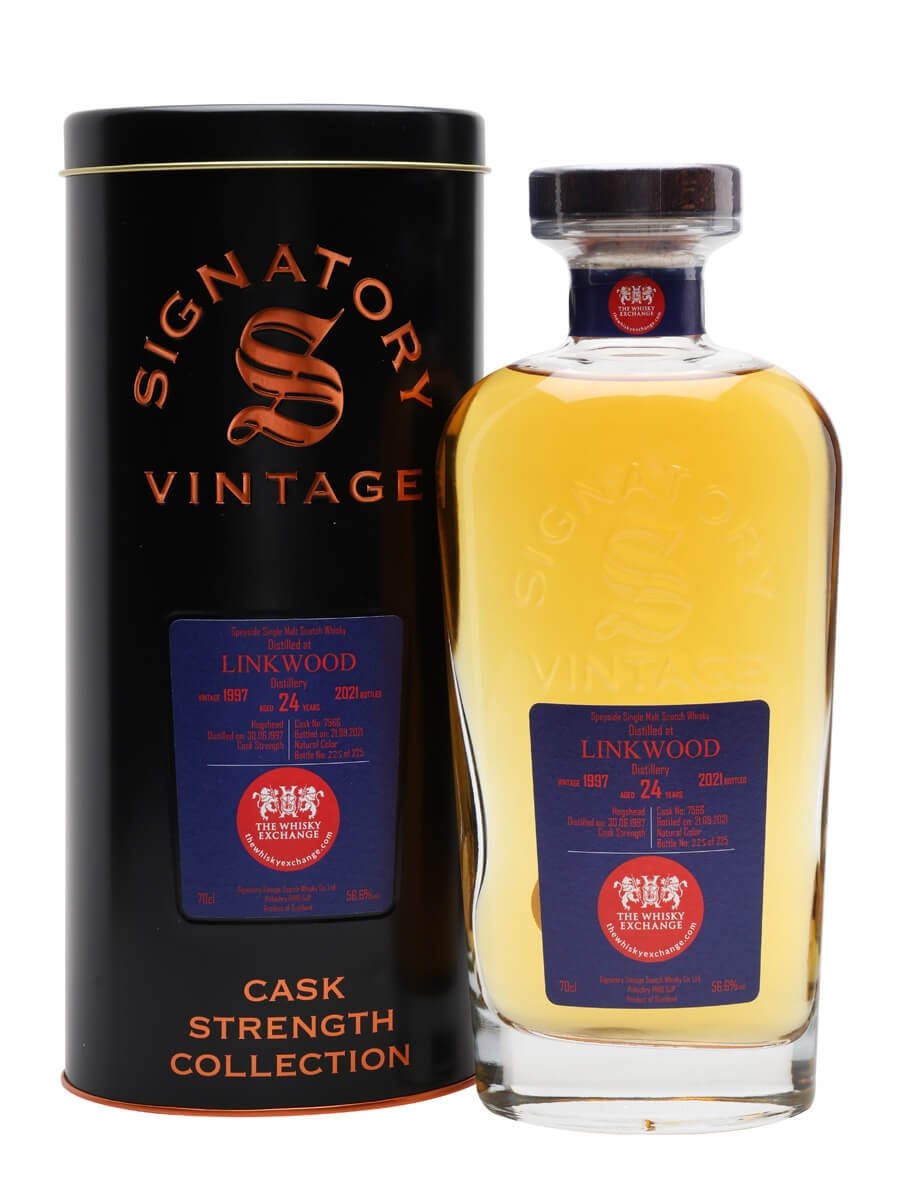 Digging into Signatory’s seemingly endless well-aged stocks comes this TWE Exclusive 24 year old Linkwood. Distilled in 1997 and matured in a single ex-bourbon hogshead, this one will set you back £199 directly from The Whisky Exchange.

For 13 years, Linkwood was in fact two distilleries. Originally constructed in 1821, and completely rebuilt in 1874, it was joined by a second distillery (Linkwood ‘B’) in 1972 when a DCL (the forerunner of Diageo) upped the capacity of the whole site by running both distilleries alongside each other until 1985. Over this period, the newer Linkwood was used to maintain the bulk of the overall production – whilst the older site was utilised in a more experimental vein. Research – not necessarily released as funky bottling – that’s more a thing of the present than the past explored a range of distillation based themes  - from reflux and copper contact through to the use of wormtubs. The original site was demolished in 2012 – whilst Linkwood B continues to expand, now producing in excess of 5.5m LPA.

Waxhouse Whisky’s maiden voyage into both Linkwood and the oft-times weird and wacky world of wine cask maturation comes in the form of Release 003 - a 10 year old that has spent its life within a 1st fill red wine barrique. The single cask bottling was distilled in May of 2010 and released last month with an outturn of 310 bottles delivered at 50.1%. Linkwood and full-term wine? Perhaps surprisingly, this is not nearly as unusual a combination as you might initially think.

People have been celebrating midwinter far longer than the 2,000 years since the birth of Christ. And even then, the date was something of a moveable feast. Whilst Pope Julius declared the 25th December as the ‘official’ birth of Christ back in 340AD, prior to that, a host of other dates were marked by midwinter festivals – none of which actually occurred in December. Contrary to popular belief, the idea of Brits getting sozzled over Christmas was not invented by the Pogues – Saint Augustine was tasked with the founding of the Western Church (and indirectly Western Christianity) – a mission made easier in Britain because of the range of pre-existing pagan festivals. It seems that the adoption of a new religion is far simpler if no one interferes with the established annual piss-up.

Over Linkwood for a 2008 expression that has been matured in a single ex-bourbon barrel for 12 years. Bottled at 58.6% ABV this one is still available from The Whisky Exchange for £59.95.