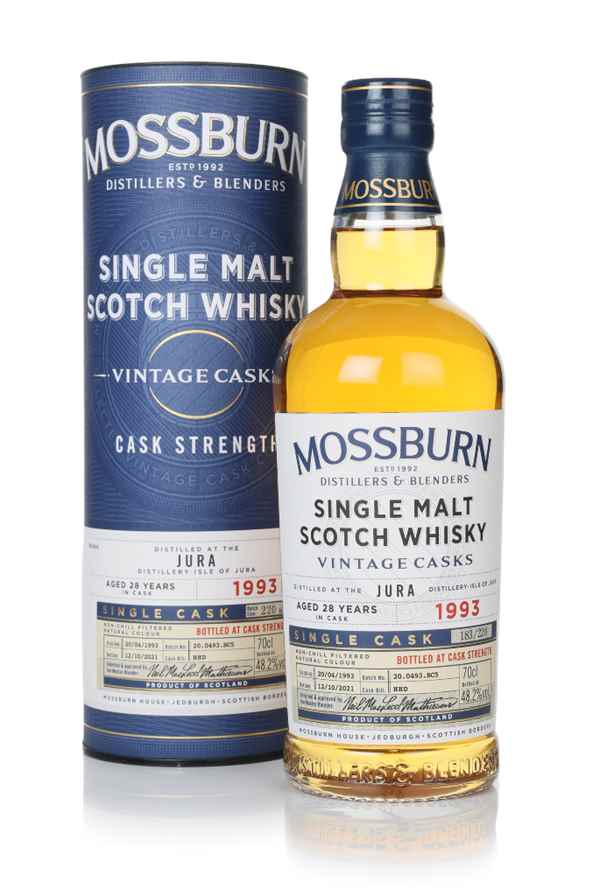 We’ve all doubtless experienced that curious feeling that when we were younger the days seemed to be longer. It’s peculiar, but easily explained – in youth we perceive and laydown more memories and mental images – the world at that time is largely unfamiliarly and it requires far more processing than when we are accustomed to it. The older we get, the more habituated we are and therefore the less information we need to store. The less we write into our brains each day, the faster the passage of time seems. And in a strange manner this is how I’ve come to think about the changing perceptions of Jura.

Like many I too started my whisky exploration with some bottles of Jura’s in tow. And like many it was not all that long before I’d consigned these to the darkest recesses of my drinking history. A quick search of the Interwebs before penning this piece shows that I am far from alone. There’s countless pages (some from merely months ago) devoted to maligning Jura’s spirit quality, presentation and integrity (40%, coloured and filtered) and even more that settle around common flavour traits of waterlogged oak and soggy cardboard.

But something has happened. And similarly to the passage of time, it has happened without me really perceiving when or why (you should pay more attention Matt). Older indy presentations of Jura have become rather in vogue. This is not a case of a distillery suddenly unlocking a wealth of venerable casks and flooding the market with them – two and three decade Juras has been available from bottlers for decades. But, barring a few oddly disposed people no one really paid the bulk of these much attention. And if they did it was usually because the price points were markedly lower than their similarly aged equivalents.

None of this is the case now. Well-matured indy Jura is commanding prices in excess of many other brands. Brands who by and large have held far better reputations and for far longer. What’s happened – have my days been getting shorter?

There is indeed something to commend about older Jura releases – the spirit showcases a completely different characteristic and focus when it is simply left alone for longer periods (and particularly when it’s not buggered about with or divested into lucky number seven woods). But at the same time there’s a perception disconnect here which to my mind doesn’t manifest itself in any other Scotch distillery operating today – how can one distillery’s output be so maligned and yet at the same time have a small part of it positioned as so desirous?

Let’s be clear – it’s plainly obvious that the people drinking Jura 12 year old are not the same folks gunning for three decade old, triple figure RRP indy bottlings. And yet, I do expect that over time (perhaps considerable time?!) that if this perception is retained that it will start to exert downward pressure on the brand – either for it to reposition (again), or for commentators to take a more holistic view on what’s being produced at the distillery. Roasting supermarket whiskies might be easy prey, but without also providing the context of what’s going on outside of these defamed expressions this doesn’t present a rounded view of any distillery. And that view it seems has changed - at least in terms of the upper end of the market.

In the end it’s all down to perception. Yours might be that older indy Jura can be astounding (it can). Or it might still be that their entry level fare is sub-standard (it sadly still is). Or it might just be a shrug and a vague, long-formed memory that Jura was an island where the KLF went to burn a million quid. Eitherway, I should probably start to pay more attention.

Whilst Mossburn’s Torabhaig has been the one hoovering up all the headlines, over the same period the company’s bottling arm has been steadily ramping up its indy output. I’ve been sent a diverse selection of drams which I’ll be bringing you thoughts on over the coming weeks – but we’ll open our account with their recently released Vintage Cask range 1993 28 year old Jura.

This expression consists of 220 bottles extracted from a hogshead and bottled at 48.3% ABV. Prices range from £284 at Tyndrum to £350 at the Whisky Shop (where it has already sold out) and onto WTF levels of £420 at C.Gars. The stated official RRP is £300. Read into that what you will.

Taste: Solid texture on the arrival with a syrupy mix of pineapple juice and apple compote. This quickly gives way for an eruption of highly potent spice – pepper and aniseed. After some vigorous heat the whisky settles into sunflower oils, biscuit crumbs, powdered travel sweets and lingering mentholated chilli. All rather unexpected. Reduction takes the sting out of the spice – but it comes at a cost – similarly to the nose, the palate is quickly washed out. Malt loaf, cashew nuts and a slightly dusty pineapple candy…..but the exactness is diminished.

Expect the unexpected with this Mossburn Jura 1993 28 year old and you likely won’t be disappointed. There’s a raft of divergences and asides – all of which are quite absorbing. However, the spice on the palate is nearing vindaloo levels of detonation - and that’s either going to be your thing, or it wont (Phil). Very hard to grade this, as whilst the idiosyncrasies of older Jura are absolutely present and correct – there’s a user-friendliness issue for those aren’t fans of aniseed ball heat. I am, so I’m going to score this accordingly. Your mileage may vary