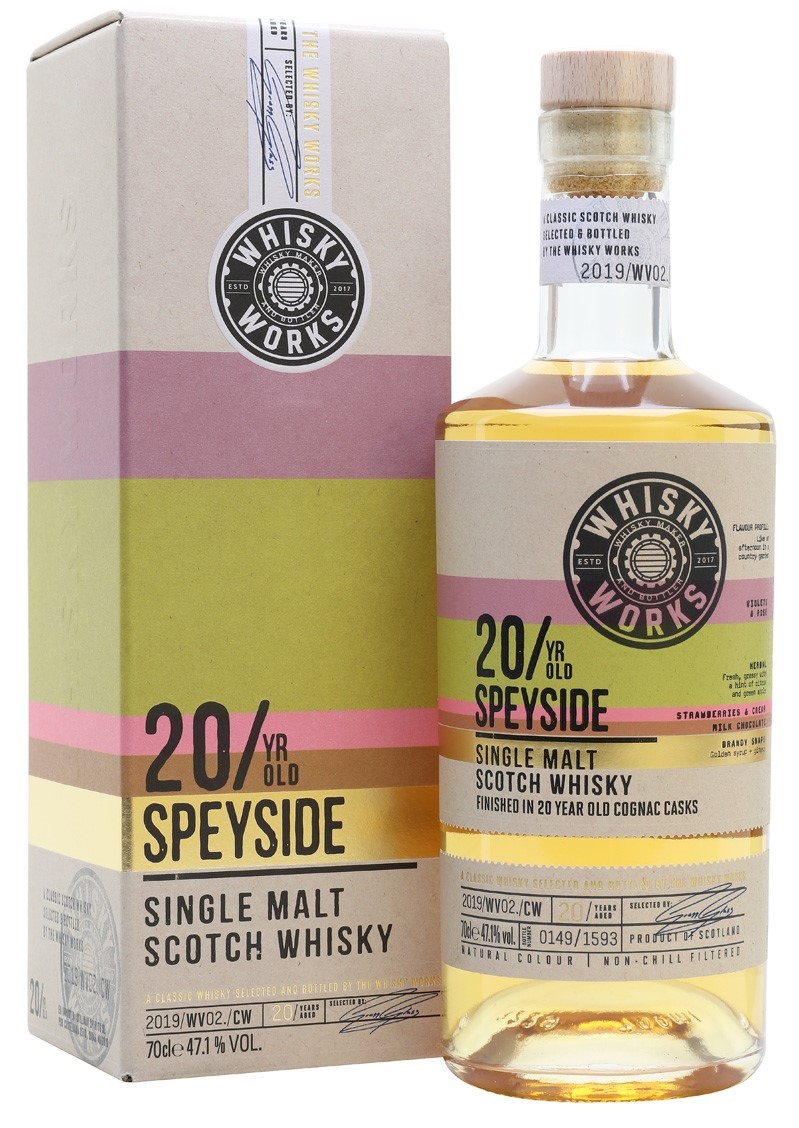 Cognac is often thought of as one of the most carefully guarded of spirit categories. It is only produced in one rather small region of France, can only be made from a very limited number of grape varietals, and comes with its own in-built countdown clock, in that distillation, legally must be completed by 1st April (no joke) following the grape harvest. But despite generations of production that can be traced back to the 17th Century, the category is under increasing pressure to break with certain perceived traditions so that it can present a broader tapestry of aromas and flavours that will appeal to a wider number of drinkers. Some, producers (particularly newer ones) are asking the question – does Cognac need to be 100% matured exclusively in French oak?

Cognac is produced from a double distillation in pot stills (alambic charentais) of fermented must – usually from Ugni Blanc grapes. Its denomination comes, similarly to wines produced in the country - from its regionality – specifically Charente and Charente-Maritime in Western France. Cognac casks are coopered to particular specifications – either virgin of refill, but conventionally, for hundreds of years, they have also been constructed from French oak sourced from the Limousin or Tronçais forests, situated to the east of Cognac producing region.

Over the past five years, the traditions of wood are starting to be challenged. The exclusive use of French oak for maturation has been pushed by some brands, including by Bache-Gabrielsen (the region’s largest family-owner producer), who dug into the BNIC’s (Cognac rules body) regulations and suggested that there were no clauses which expressly forbade the use of non-French oak – the limitation they suggested purely stemmed from a prohibition of precursor liquids for finishing that are not wine-based. Cue a smattering of experimentation and voices on both sides of this traditional/modernist divide squaring up.

But whilst change is an inevitability for all industries, it usually comes at a pretty slow pace in the longer-standing, traditionally minded spirit categories. For Cognac, it is interesting that the renegades within the industry who are driving for changes are not those whose labours result in glitzy, OTT bottles sitting in airport display cabinets. The pressure they’re exerting is not for the production of yet more lifestyle brands – it is purely in their minds to diversity the spirit’s potential and to safeguard its future.

And like all things which are bound up by long-standing rules which require interpretation – it’s still something of a muddy area. Producers are keen to introduce a new wave of Cognacs that draw from the wider experimentation seen across the global spirit’s industry – particularly noting the whisky industry’s near universal adoption of finishing. The use of ex-mulberry and ex-chestnut casks has been mooted in some quarters – but these are at present just too far outside the regulations to even consider as a rebel interpretation - beyond being bottled as an eau de vie as opposed to a Cognac).

Nevertheless, there’s a palpable pressure here that will surely be decided in its finality by how well these early experimentations are adopted by the marketplace.

Tradition is still an important sales point for most spirits. Consumers will always find a historical underpinning more readily understandable than talk production noodling. The question arises as to when the drinker is ready for the boundaries to be pushed – is it once the category has achieved mass acceptance? Or perhaps, as we might see in the near future, as a method *for* seeking that broader consumption.

So, Cognac finished whisky. A style which is certainly growing in popularity with an increasing number of whiskies (both inside and outside of Scotland) using ex-Cognac casks –  and today’s comes from Whyte & MacKay’s Whisky Works.

The Whisky Works Speyside 20 year old is yet another example of a bottling where some degree of (recent-ish) whisky history is required to understand what’s behind the label. However, like an overly talkative aunt, this one gives up its secrets almost immediately. It was distilled back in September 1998 – one of the final production runs that this Speyside distillery undertook before its closure. The buildings were demolished in 2013 and the far from small Dalmurnach Distillery now sits atop its previous footprint.

Twenty is a magic number for this particular whisky – it was matured for two decades in ex-bourbon casks before being finished in Cognac barriques for 7 months. These barriques were sourced from the Bourgoin Estate – family run and one of the region’s smaller maisons - they too were filled in 1998 and left for twenty years. The result is offered at 47.1% ABV and with 1,618 bottles produced – you’ll be able to hunt one down via retailers such as The Whisky Exchange for £150.

On the one hand this feels (and most certainly is) expensive for a 20 year old Speysider when examined purely in isolation – on the other, compared to the likes Brora and Port Ellen etc – it’s coming in at a substantially lower ‘closed distillery premium’. This said, stocks of this spirit are gradually dwindling, and consequently the price is on a steady upward trajectory now. £150 is pretty much double what you’d have paid for a similarly aged bottle five years ago – but then again, in another five years you may well be looking at £300 at that point.

Taste: Bright, fruity and full-bodied. Clementine, balled melon and lychee are given a kick of stem ginger and gentle cask char, whilst lacquered oak is joined by chocolate covered digestives and caramel wafers. The back palate reveals preserved lemons before a gentle, but cooling in-take of slapped mint leaves. The whisky retains its striking texture even dilute – there, a tarter more cereal-driven palate is offered with cooking apples, strudel and shredded wheat.

Finish: Medium to long in length. Sunflower oil sits with a combinations of freshly planed and well-worn oaks, whilst creamy vanilla toffee speaks to the time the liquid spent in ex-bourbon.

A lovely offering from the defunct Imperial distillery – packed full of characterful weight and presence. The vibrant fruitiness is matched by balance throughout and a wonderful drinkability (this would not last long in my household). This all said, the Cognac finish feels inhibited against the distillate – not bad thing when the result is this tasty – but would you guess it blind. I certainly wouldn’t. Nevertheless – quality spirit from quality casks results in a high score from me.