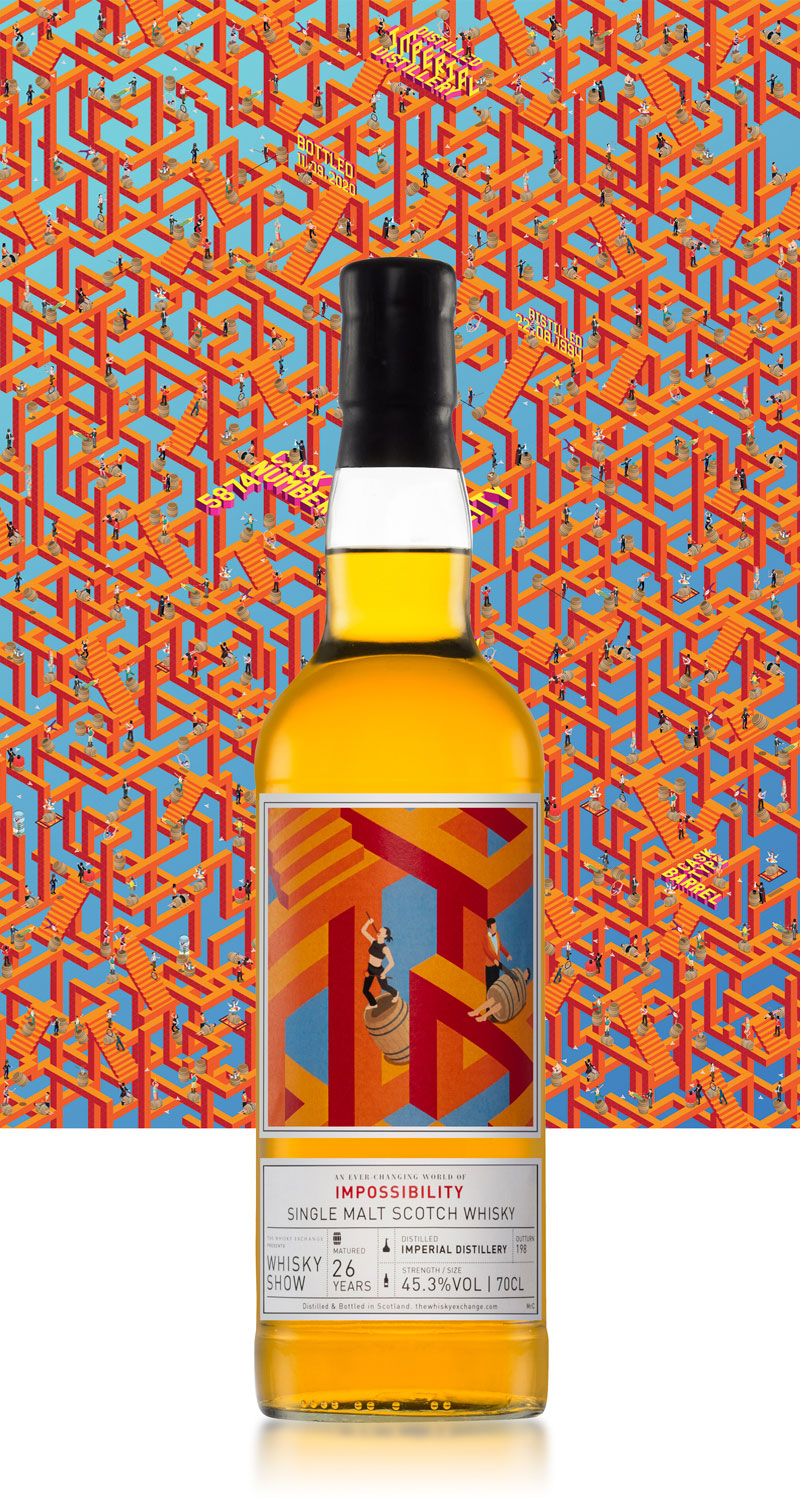 The whisky itself hails from the now closed (indeed demolished) distillery of Imperial. Which, up until a few years ago was something of a hidden gem for hunters of lost distilleries – bottles being substantially cheaper than the more well-known dead distilleries, but the spirit quality still being notably high. Times change – and as there’s less and less Imperial to go around, it’s desirability (and asking price) has risen.

This TWE show bottling was distilled in 1994 and filled in a single barrel (#5874) in August of that year. It was matured until this September when it was bottled at 26 years of age and 45.3% ABV. A limited number will be available from the Whisky Exchange website for £199.

Nose: Polished lemons and barley water sit with crystallised ginger cubes whilst sunflowers and pressed flower stems are joined by orange liqueurs, fermenting apple peels and soured citrus. In the background – a dash of red wine vinegar alongside a couple of spearmint leaves. Reduction reveals a bakery side with over buns and doughy bread – it’s a rather different complexion to the initial sharp, lemon-y focussed profile – but it’s just as pleasant.

Taste: Soft and silky on the arrival with sunflower oil texture and quite a grassy initial profile – reeds, flax and cut grasses. Fruits follow – lemon syrup, orange peels and mango puree – before a roiling wave of cask influence – pepper and char provided a formidable foil to After Eight Mints, mentholated oak and polished oakiness. The addition of water reveals Shredded Wheats, lemon barley water and creamy citrus bon bons. It reduces some of the attack from the cask with pepperiness and char still prominent, but less commanding.

Finish: Exceedingly long. Stem ginger and pepperiness persist with the addition of red chilli heat. These are tempered by a touch of cooling mint and a squeeze of lemon.

A powerfully composed Imperial which, despite it’s mid 40s ABV, seems to drink higher due to the prevalence of spice and char throughout the palate and into the memorably long finish. Not the fruitiest example I’ve had from this distillery, despite the time in cask – but nevertheless a whisky which feels authoritative in its own way.