The deep breath before the plunge 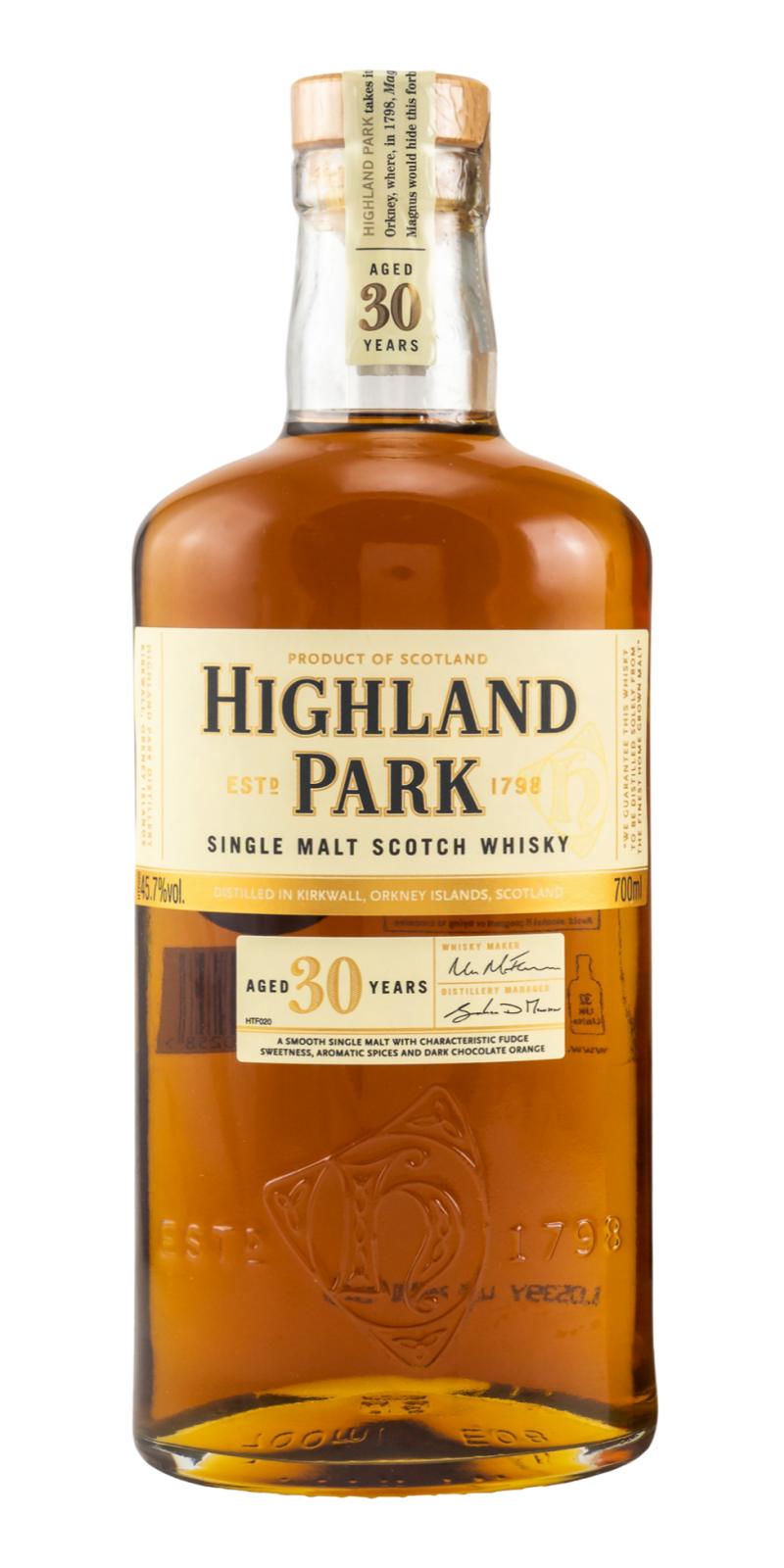 Take a deep breath, breathing in slowly.
Feel the air filling your lungs.
Now hold it. Feel the pause, the space as oxygen swirls around inside of you.
Let the air out. Feel the release, the movement from inside to outside.
Now rest. Feel the emptiness, the stillness.

I sometimes find a degree of serenity when I go to open what I believe will be an exceptional whisky bottle for the very first time. This is particularly the case when it comes to things that I’ve had hoarded away for years. At the point of opening, I’ve already committed mentally to it – it’s really happening. The inner quietness only punctuated by the reassuring pop of a well-stoppered cork and an associated amplification of anticipation. But whilst I’m not alone in my conviction for breaching packaging and tearing off foil capsules for the furtherance of my palate – for some, and I dare say this number is steadily increasing, the unsealing of what’s considered to be a ‘special’ bottle can prove at times to be a truly heart-wrenching concept.

Price paid vs. today’s value – tops countless lists of reasons for not opening bottles. An understandable concept should one ever wish to liquidate one’s liquid – though all too often this notion becomes extended into infinity. Can’t drink it. But won’t sell it either. Ergo the differential in price becomes an irrelevance to everything except one’s notion of self-worth. But price increases are far from the only reason that prevents whisky from being unshackled from its glass tomb – perceptions of the look of a full bottle vs. a closed one – bottle purchases being associated with a time and place and therefore their opening marking the commencement of some form of ‘deletion’ process. And of course, today’s focus - the perennial, all-purpose get-out clause: “I’m saving it for a special occasion.”

What exactly is a special occasion? Is there a set list of them? What makes an occasion special enough for a particular bottle to be opened? And more so – do occasions become steadily more special as the value of a bottle increases over time?

If you mentally earmark a bottle for a ‘special occasion’, I’m going to posit that you’re unlikely to ever open it. “Special” is just far too nascent a construct….the insula in your brain will always find a reason not to. Fizzy wine will feel easier, or more convivially appropriate to the particular celebration or indeed you’ll just revert back to the top of the list – price paid vs. today’s value. Yeah, maybe you shouldn’t open that one. Maybe just keep saving it for that special occasion.

There are of course myriad events and junctures in life when the opening of a bottle is the entirely correct thing to do. You can’t take it with you. Especially if you’re never going to sell it. But if you really do intend on enjoying a bottle that’s out of the norms of daily drinking, you fundamentally need to commit your ‘special occasion’ to something tangible. A wedding, a funeral, a bar mitzvah, next Christmas. It really doesn’t matter which. But in binding yourself to a concrete moment when that bottle *will* be opened, you’ll find yourself far more likely to do so than attempting to rationalise whether the occasion just happens to be special enough.

On the flip side - and I do always enjoy this when I see it – the opening of a bottle of whisky can become a special occasion of itself. No birthday necessary – the uncorking, pouring, comprehending and above all, appreciating of that bottle *is* the moment which will be remembered. You’ll see this at many tastings – indeed there are times when the opening of these bottles is what premeditates the attendance at an event in the first place. And yet, whilst a brand is inherently expected to open and share a bottle (“they’ve got loads and can afford to”), individually many of us are predisposed to do the opposite. Especially if there’s not a pressing reason for an unsealing to take place.

I’m not suggesting by any stretch that you all should go away and uncork large numbers of bottles – there’s a certain number of open whiskies which is sensible (I passed that number long, long ago - and have yet to drink my way back to a sensible level sensibly). But I am very much alluding to the idea that the perennial accumulation of special occasion bottles can denigrate the ‘specialness’ of each with every new addition into this highly vague category. What was once earmarked for consumption can quickly be consigned to a personal bottle museum – with every addition making the opening of the earlier acquisitions less and less likely.

Don’t fall into this trap. Life is punctuated by more than enough moments and the whisky itself can at times be moment enough. Take a deep breath and plunge in.

This all said – there are absolutely times when earmarking a whisky can in hindsight prove to be a double-edged sword. This is mine.

My bottle of Highland Park 30 year old was purchased around seven years ago. And despite now costing twice what I paid for it, it remains the single most expensive whisky I have ever purchased. It would be easy to sell it for double monies. It would equally be easy to just leave it in the display cabinet and occasional look at it lovingly. But that’s not the type of whisky person I am. I purchased this bottle to save for one very specific moment – for when I landed a new job.

Several years passed and there were honestly moments when I wondered whether the bottle would ever be opened. It just sat there. And what should have been viewed as a well-earned reward started to become something of a metaphorical weight on my shoulders. The special occasion I had reserved it for did not come. And the HP30 looked on at me. Disapprovingly. More years passed. At this point I’d given up annually dusting the Highland Park’s heavy wooden box. And in some ways, I really didn’t even want to look at it. It had mentally transformed from a patient reward into a symbolism of my own failure. You see, there is also a very real danger in allotting a specific special occasion on which to open a bottle and then that moment not actually coming to pass. Reader be warned.

But despite seven years passing. And despite all those feelings of failing to live up to my own targets – the occassion did finally arrive. Just before Christmas 2021 the Highland Park 30 year old was finally opened. And it was as emotional a moment as I’d expected. Indeed, it had been such a long and at times frustratingly, soul-destroying wait that as the foil was ripped and the cork was popped the emptiness and stillness that surrounded that moment was not filled with feelings of excitement per se. But with feelings of conquest. A demon entirely of my own making had finally been bested.

Today’s review segment does not come from that moment – it was far too emotionally infected to write anything at all, let alone to write sensibly and convincingly. Instead, the bottle was revisited recently. Though I dare say that its symbolism in my life’s journey will never be forgot. Caveat emptor.

There have been a number of releases of HP 30 year old over the years – this one I believe is the 2013 edition. It has been crafted from a combination of American and Spanish oak – both 1st fill and refill sherry casks – and comes at an ABV of 45.7%, which given the age, I don’t suppose will be very far from natural strength. It’s still available for anyone looking to purchased what might be a cursed special occasion whisky – but it’s substantially more expensive than it used to be. The Whisky Exchange will sell you a bottle for £800 – which interestingly is less than the most recent release from 2019 which clocks in at £900 - £1000 and comes with an entirely pointless tartarus (I've never understood those things). Sorry, I don’t have a precise glass weight for this one – but at a rough calculation it’s around 1.2kg. Heavy duty in all regards.

Taste: The arrival is exceedingly fulsome with fatty oils and touches of waxes and greases – the sort that derives from long maturation as opposed to naturally occurring in a heavier style distillate. Raisins and sultanas mingle with plums and mirabelles – combining fresh and preserved examples for a wonderful balance between light and dark. Cinnamon, nutmeg and ginger percolate through, before notes of austere ‘stately home’ oak take over – libraries, reading rooms and crackled Chesterfields and the like. Chocolate runs throughout – milk and dark – and is joined by a bright orange zestiness which is both highly welcome and helps to keep the ancient oak tannins from becoming too grippy. Reduction offers wispy pepper-tinged smoke with a slightly mineral/coastal edge, together with tree resin and burnt honeycomb.

Finish: Very long. Old varnished oak sits alongside well-sherried fruits whilst creamy nougat and marshmallow fade into a sustained orange ‘zing’ together with a salty tang in the tail.

This edition of Highland Park 30 year old is nothing short of an exquisite whisky. There’s no modern cask manipulation nor hasty finishing here – just great distillate filled into great casks which have then been highly sympathetically integrated after three decades of patience. Whilst the age of the whisky is apparent throughout with a palpable sense of highly polished oak - this never detracts from the fruity core of the spirit which runs from nose through to finish. The smoke influence is but a mere memory here - you’ll need to dig to find it - so if you like your heathery peat prominent this will not tick that box for you. However, as far as elegance and equipoise go – there is not a large number of whiskies of this style which will better this.