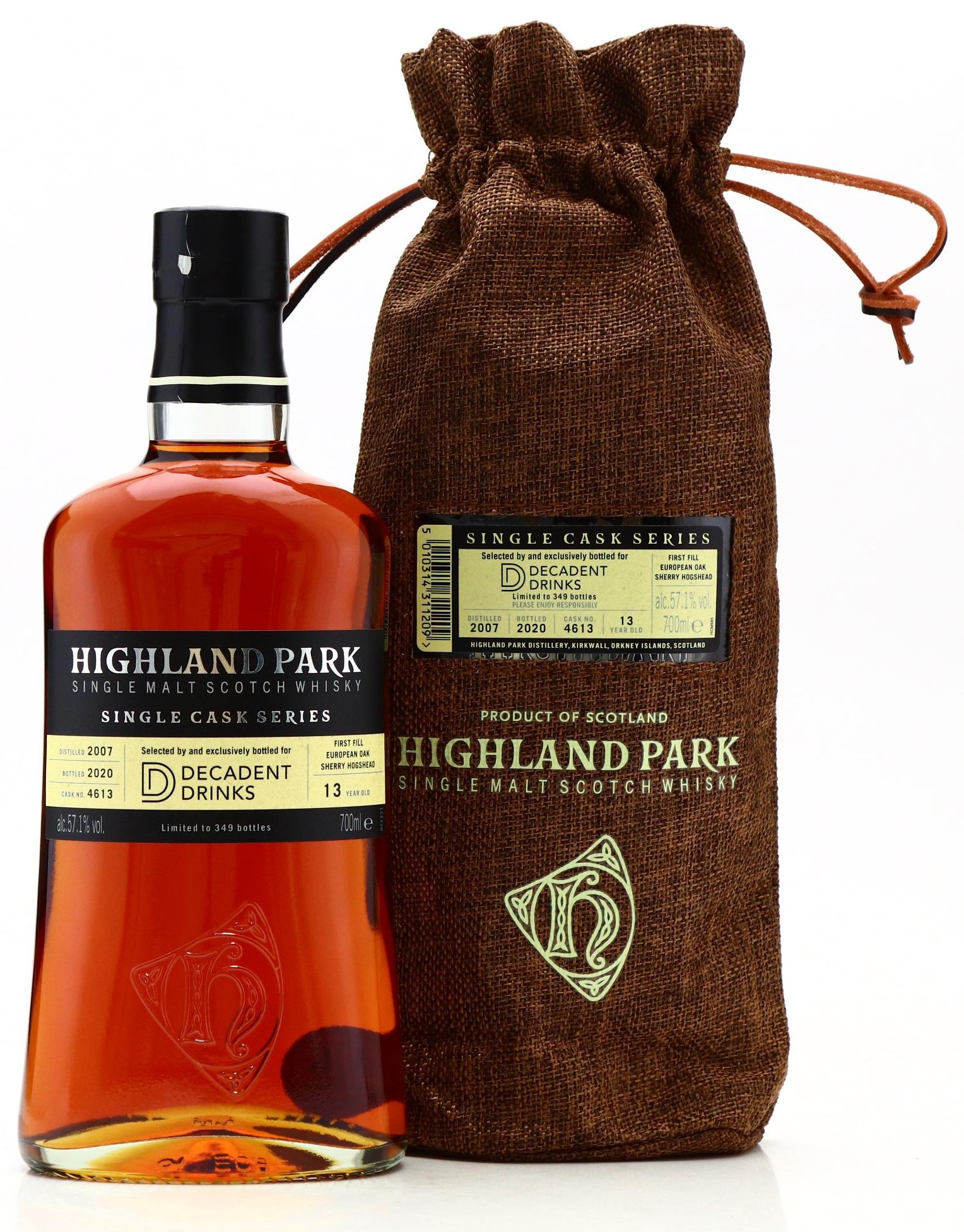 It should come as no surprise that mankind has always had an obsession with measuring things. The earliest documented examples of weights and measures originates around the 3rd millennium BC and invariably revolves around the quantification of things related to agriculture, construction or trade. All of significant import for early civilisations. Perhaps the very first measure we’re aware of some 5,000 years later is the cubit which was used by the ancient Egyptians, Sumerians, Israelites and later Romans as a common unit of measurement based on the distance from the elbow to the middle finger. It’s all rather the far cry from today where units are both standardised and infinitesimally precise. A simpler time where the counting of the number of ‘shares’ and ‘likes’ and making pictorial comparisons with Coke cans just weren’t really the done things.

The measurement of liquids (volume) has a similarly potted (!) history with a substantive list of now obsolete vessel sizes, many of which the precise specifications of, and reasons for being, have been lost to time. Early civilisations measured their liquids based on pottery – special amphorae created purely to quantify the volume of liquids. But whilst these measures might have been consistent within one city – sizes differed when you moved to another. Similarly, the containers used for measuring volumes varied depending on their intended use. In ancient Greece, hydria was used exclusively to measure water, whilst phials were used for measuring wine.

It was not really until the 16th Century that measures began to have standardisation outside of cities and small regions. Increased international trade requiring more uniformity than what previous would have been more of a barter system. In the UK, the British Imperial System (based on elements of the earlier Dutch system whose historical origins lie with Charlemagne’s rule as Holy Roman Emperor) was established with the Weights and Measures Acts of 1824 and 1878.

In these Acts, more precise definitions of previously used units were created. Rather than gallons of ale, wine and corn being both somewhat sketchy and also somehow different in their respective volumes – a single imperial gallon replaced all other measures – noting the volume as relative to that of 10 pounds avoirdupois of distilled water weighed at 62 °F with the barometer at 30 inches, or 277.274 cubic inches (later corrected to 277.421 cubic inches). The American’s however adopted measures based around the acts from 1824 and not those adapted/corrected in 1878 – as such, a US gallon is 231 cubic inches and about 17% smaller than the British imperial gallon. In case you’re wondering why your drinks can sometimes seem smaller in the US despite identical names (e.g. the pint).

So, what has all this got to do with whisky you ask? Well, as a regulated industry whisky has always been subject to measurements – not just as part of the production process (volumes of water, wort and wash etc), but also in its taxation vs. the volume of liquid being produced. Once whisky broke away from its illicit roots and started down the path of commercialisation (and widespread acceptance and associated demand), the connected need for regulation resulted in a requirement for a uniformity in the units that whisky was measured with – both wholesale and retail.

At the production side of things - from the still into a wide variety of different sized barrels (where measurements largely mirror those of either wine or brandy) – and at the consumer end where dispensing measures “big gill” (213ml), “wee gill” (107ml), ”wee half gill” (53ml) and “nip” (36ml) were all to be entered into the lexicon of drinkers at the time. All of which were derived from the early imperial measurement system – a “gill” being roughly equivalent to a quarter pint - and therefore a nip being the most comparable measure to today’s ‘shot’ of whisky. N.B. A dram is not a standarised measure!

As well as measurement for taxation, spirit measures have been implemented to negate the possibility for customers being short changed. The 1963 UK Weights and Measures Act specifically made it illegal for any business in Britain to give a short weight or a short measure to consumers. Prior to this, whilst measures most certainly existed, there were no legal repercussions for not providing a correct measure. Less of a code and more of a guideline.

It was this act that formalised the legal measures in which alcohol could be dispensed in the UK - 1/4 gill (35.5 ml), 1/5 gill (28.4 ml) or 1/6 gill (23.7 ml). These were replaced with metric measures in 1985 - 25ml or 35ml and with permission granted to landlords to decide which quantity they wanted to trade in. Notably one or the other – not both. And historically the larger measures were more often utilised in Scotland and Northern Ireland. I know where I'd have rather been.

And it’s at this point that we turn to Highland Park – and firstly before our review segment a quick stop off for the recently released Discovery Selection Release No.1 - for this too has relevance for measures.

I have few qualms about the use of the weights and measures system to offer drinkers a wide variety of differently sized propositions (sometimes you don’t need a whole 70cl bottle). Indeed, with the nascent demand within the market often far exceeding the supply (particularly of longer aged stock), making less go around more sounds like an eminently sensible move for sharing the love.

Smaller bottles seem to annoy people – they are all often priced or physically designed to leach as much out of the consumer as possible. But the idea of making whisky more divisible must have some wider appeal when many releases are blink and you’ve missed it. It’s surely better for more people to be able to try a whisky, than a limited number of people to covet it. Isn't it?

However, the first (honestly, I really hope this is both the first and last) Discover Selection release takes this idea immediately to its breaking point.

It's actually not the £48 5cl mini which irks me. Nor the projected pricing which would equate to £672 per bottle – or £163,200 per cask (though I will note that I find this entirely bonkers). No, it’s the sheer wastefulness of the proposition itself. Whilst the notion of dramming up a whole cask for sharing widely seems wonderfully utilitarian – by overpackaging these miniatures, Highland Park is both demonstrating poor mindfulness for the environmental footprint of its whisky production (which is far from negligible) and also tacitly suggesting within the design itself that these miniatures are not actually for drinking. If they were, why bother with the heavy, hinged box and prominent “limited release” branding?

Offering whisky in smaller sizes is potentially one answer to the growing divide between whisky drinkers and whisky collectors. However, whilst on the surface the Discovery Selection is positioned and communicated as a generous attempt by HP so share its juice with more people, its actual manifestation is more akin to exploiting the shallowness that exists in the market for anything “limited”, “special” and wrapped up in a pretty box.

In all honestly, I think whisky enthusiasts should be incredibly fearful of this concept – for should it prove successful, rest assured measure for measure we’ll be getting more packaging and less whisky going forward. Be careful what you wish for.

Decadent Drinks Exclusive Highland Park – which sold out recently was offered at the more typical 70cl size. As the producer of the popular Whisky Sponge releases, Decadent are far from the only retailer / provincial airstrip to be offering one of the familiar brown sack cloth single cask releases. However, they have certainly put out one of my favourites from this extensive, and largely impossible to collect series from Highland Park.

The exclusive release was fully matured in a 1st fill European oak sherry hogshead which was laid down in 2007. 13 years later, 349 bottles were produced at a rectified (thanks guys – please keep up this important educational work) ABV of 57.1%. The original price was a punchy £155 – you’ll now have to keep an eye on auctions for a bottle.

Nose: Surprisingly graceful with succulent blackcurrants, blackberries and cherries offering a hark back to a time when impactful sherry wasn’t always delivered alongside rambunctious cask influences and their associated tautness. Marzipan and golden tobacco sit under a cloak of wispy hillside smoke, whilst Szechuan pepper, anise and stem ginger liven a slice of Battenberg cake, whilst a freshly brewed pot of coffee is joined by bung cloth and moist, saturated oak. Neat. Water teases out more of the cask with elements of toffee, char and metholated oak. A little more ‘modern’ now. There’s a strong case for the selected ABV of 57.1%.

Taste: Bright, big and juicy stewed fruits translate from the nose and are joined by deeper flavours of well-stepped fruit cake packed full of dried blackberries and redcurrants and dusted with ground sweet pepper. Leafiness presents in the mid-palate with peppermint and fresh sherry alongside touches of char, dulce de leche and ground digestive biscuits. Further reduction retains the syrupy mouthfeel, but as with the nose conveys more of the cask. Scorched orange peels and raspberry coulis sit at the back whilst woodier notes of allspice and toasted oak are upfront.

It’s been a little while since I dived into one of the many sack-cloth encased HP single cask offerings – whilst all possess their uniqueness’s, there’s only so much 1st fill sherried HP I can find the time for. That said, this Decadent Drinks exclusive is markedly different in tone to most (all?) of the others I’ve sampled to date. There’s a lovely bygone, classic sherry profile that runs throughout – this ensures that the whisky retains its impactfulness without ever disappearing into the fathomless pit of sledgehammer sherry that seems to riddle many other 1st fill offerings. Dilution isn’t needed here – indeed I’d argue that the reduction before bottling to 57.1% is pitch perfect for maintaining the balance between the power of the distillate and the authority of the cask.

In that sense, it’s a shame that the price is at the highest end for OB HP SC’s (all the acronyms) as this Decadent Drinks edition stands out from the crowded field.