Highland Park is the current most northerly distillery in Scotland. It was founded in 1798 by Magnus Eunson with the name referring to 'High Park'  rather than to an area of the Scottish Highlands.  The distillery is one of only seven in Scotland which still possess active malting floors, with peat drawn from the neaby Hobbister Moor.  A rebranding in 2017 saw the core range reduced to 10,12,18,25,30 & 40 year olds, with the 15 and 21 year olds removed from the lineup. However, it should be noted that few distilleries even possess the stock to produce a 40 year old which could be considered a core offering.

To say that Highland Park has been prolific over the last 12 months is rather the understatement. A veritable glut of new bottlings, from single casks, limited editions, travel exclusives and core range rebrands have been released with something to satisfy even the most hardened of HP enthusiast. In that regard, Highland Park Dragon Legend is rather the oddity as it seems to have sneaked out of Orkney with scarcely a whisper.

Highland Park Spirit of the Bear

Highland Park is a familiar sight in most Travel Retail outlets. For the past few years, the distillery’s offering has come in the form of their Norse Warriors series – but now, following a wider (even more Viking – if that were even possible) brand re-fresh, there’s a new HP Duty Free collection. ‘The Beasts’ is a series of three bottlings ‘drawing inspiration from the animals that held great significance for our Viking ancestors’. They’re joined by a new limited edition marrying strength 18 year old. 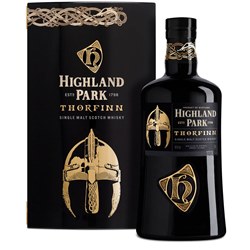 Highland Park whisky and Viking-influenced brand stories are pretty much one and the same thing nowadays. Whilst the exact details of how the Norse conquered Orkney is still a debatable point, Vikings were doing what Vikings do on the island for over 600 years. Therefore, creating a series of whiskies named after the most powerful figures from the semi-legendary world of Earldom Orkney seems relatively fair game to me.

Whisky reviews all too often focus on comparing and judging against the soaring heights of vaunted bottles. Whilst in essence that’s perfectly understandable, the practice can lead to unrealistic expectations or simply an inability to enjoy something for its inherent qualities. Understanding a distillery's younger expressions helps us appreciate how their spirit develops over time and in different cask conditions. If you jump in at the deep-end right away you'll not only miss out on that journey, you'll potentially be setting yourself a high bar which will reduce your ability to understand and enjoy more commonly available expressions. 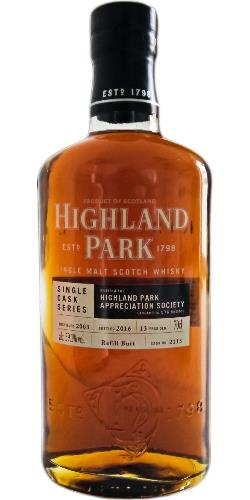 Single cask whisky is by its very nature idiosyncratic - each stave in each cask impacting on the development of a liquid which will be entirely unique and entirely finite. Over the course of 2016/17, Highland Park have had a brief sojourn away from tales of Viking derring-do to produce a range of Single Cask bottlings for Northern European markets.

Our second Highland Park ‘Beast’ review comes in the form of Loyalty of the Wolf. The expression has been matured in a combination of sherry-seasoned American oak and ex-bourbon casks and sits in the middle of the new range both in terms of age, and in terms of price. Strangely, despite this being a wide global release, I’ve already seen bottles trading hands on auctions for much more than the RRP – HP has always engendered a strange sense of unequivocal brand loyalty.

Our final Highland Park animal review takes to the skies with the Wings of the Eagle. The oldest of the Beasts series, the bottling draws its influence from the Norse legend of Yggdrasil – an ancient and sacred ‘worldtree’ that was said to be home to several birds - Veðrfölnir,a hawk and a giant unnamed eagle. The story dates back some 700 years, to the 13th Century ‘Poetic Edda’ – a collection of old Norse poems. 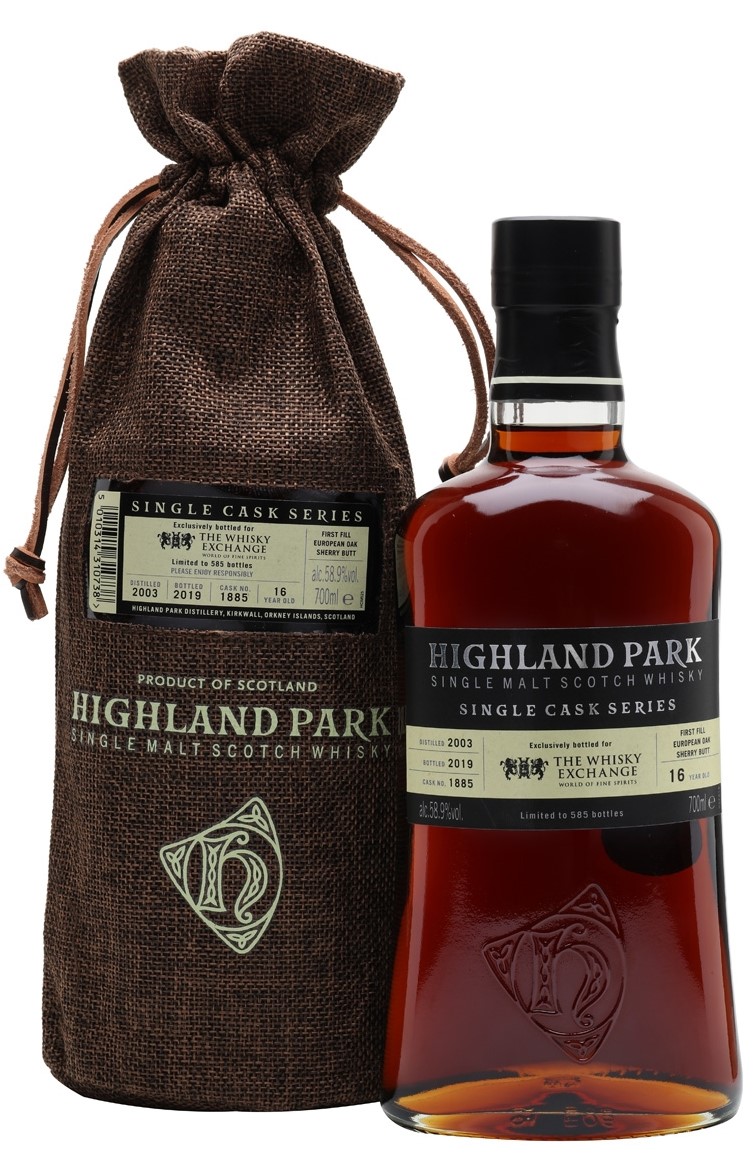 No one enjoys feeling ill. And believe me - no one gets to enjoy much of anything if they’re around me and *I’m* the one who’s under the weather. I’m the absolute worst at it. There’s something particularly potent (and unenjoyable to friends and family) about an amalgamation of underlying grumpiness, innate hypochondria and a dose of the flu. Over the past week, nosing glasses have been left empty, pens have been downed and whisky musing has been replaced by a new daily routine of Lemsip tastings. You’ll likely be uninterested to note that honey and ginger flavour has come out on top.

As I settle into my sixth week of house arrest I’m wary that my circadian rhythms are completely shot. My whisky writing time has always been first thing of a morning – and for the past month I’ve been waking up feeling sluggish. Humans have not evolved to cope well with sustained periods of isolation – remoteness and the fatigue that results from it is a real thing – and likely why my Dramble posts might have felt even more rambling than usual. Nevertheless whisky people are an inventive and adaptable bunch and over the course of the last month their ingenuity has resulted in a raft of improvised online happenings.

Highland Park 18 year old represents a significant milestone in my whisky journey for two reasons. My first encounter with it was nearly two decades ago. It was suggested by my Mother, that I should buy my Father ‘a nice bottle’ for a celebration, so I visited a well-stocked wine and spirits shop close to where I was working at the time and, rather unintentionally, ended up walking out with a bottle of 18 year old Orkney single malt.

Highland Park 18 year old has been rather the talisman whisky for many years – not just for enthusiasts, but for the distillery itself. The 21 year old and 15 year old have both been discontinued to ensure that the quality of the 18 (I.E. the availability of casks) can be maintained. The whisky is still one of my favourites and always has had a place on the bar for many years. It offers a considerable step up in depth and complexity to its younger 12 year old sibling and has won scores of industry awards over the years. 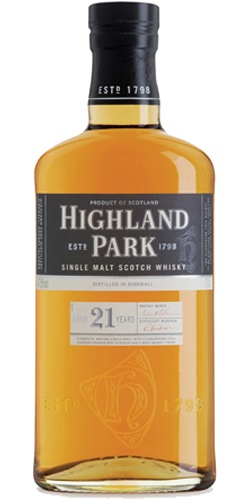 Highland Park 21 year old has not had an easy life. It was originally released in 2007 as a travel retail expression. In 2009 it was named 'Best Single Malt of the Year' at the World Whisky Awards and the resulting increased demand led to HP producing a second bottling at a disappointing lower ABV of 40%. Shortly after, the bottling disappeared off the shelves altogether, replaced by the 1990 Vintage.  Such was the clamour for the 21 year old, that at the time Highland Park simply did not have the suitable cask stocks in terms of age, type and quality to sate this demand. 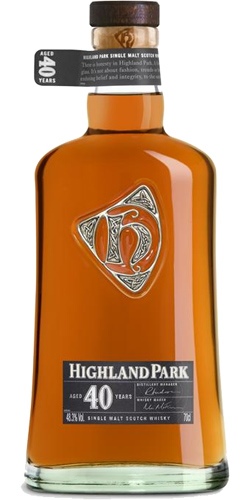 1978 was a particularly good year. The world’s first IVF baby was conceived, the original (and still best) Superman and Halloween movies were released, Ipswich won the FA Cup, and, most significantly, I was born. It was also seemingly a vintage year for other whisky writers – both Billy Abbott (http://spiritedmatters.com/) and Steve Prentice (https://www.somersetwhisky.com/) hail from 78 – and as such have probably been competing with me for 1978 bottles for years.

Whilst fortified wines such as sherry and port have long been associated with whisky maturation, unfortified wines, your merlots, sauvignons, chardonnays etc are a relatively recent addition to the category. Over the last two decades, experimenting with different cask types, particularly for short ‘finishing’ periods has been widely adopted by the Scottish, Irish and American whisk(e)y industries. And yet, to many people’s tastes, whisky and wine often seem like awkward bedfellows. Fortunately, not so today, as we’ll be looking at a whisky that has both worked exceptionally well in a wine cask, but also been in matured in it for quite some period of time too. 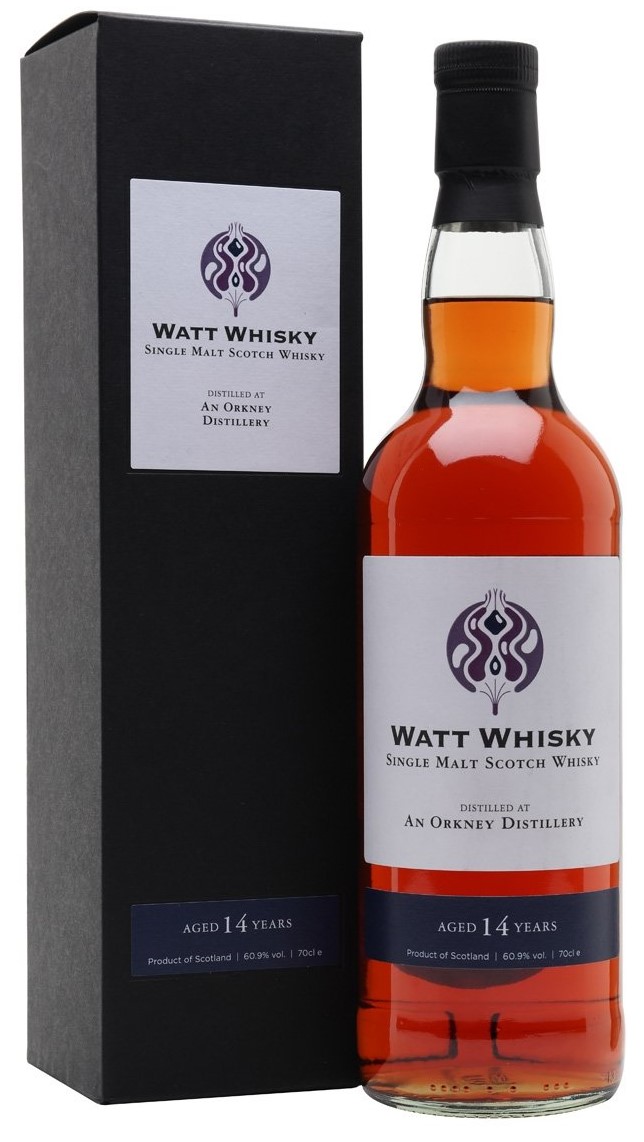 There’s rather a lot of mystery (not a mystery) Orkney floating around right now. But this Watt Whisky example comes with a spin on it and a vivid pink hue. 14 years of age, bottled at a still fairly potent 60.9% ABV with its final five months spent in a ruby port barrique. This one seemed to sell out quickly in the UK (pink whisky oft-times does). But you’ll still find it over in Belgium at Top Malts for 80.99. Just be wary of current customs charges post Brexit (and regardless of the direction of purchase) – things have got even more expensive if you’re buying whisky for import sadly.

I’ve seen a few discussion articles/threads on the merits of single cask whisky over the past week. On the one hand, enthusiasts are accused of ‘fetishising’, and holding SCs in much higher esteem than the true art of whisky: the blending, marrying and balancing of single casks into expressions that are greater than the sum of their parts . On the other – the suggestion that SCs are whisky’s purest (and therefore greatest) form – the individual cask idiosyncrasies offering the maximum experience, true distillery/spirit character to the drinker. To my mind both these approaches are wrong. 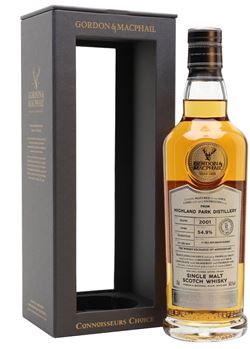 When you’re continuingly sampling dozens of whiskies all with broadly similar profiles, there’s something to be said about giving your palate a more challenging experience. Whilst it can be useful to mentally compare whiskies with characteristics, it doesn’t half get tedious and predicable when you’re facing countless honey and vanilla-led Speysiders. Forming associations helps us both determine what we enjoy in a whisky and what we might expect from a particular style. 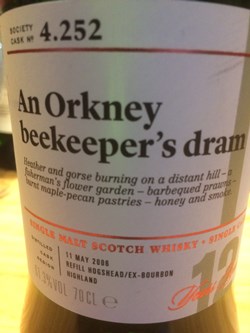 The near-obligatory monthly Highland Park – this edition is a 12 year old that’s been matured in a refill ex-bourbon hogshead. Lightly Peated profile.

Refill ex-bourbon Highland Park – this one clocking in at 13 years of age. Oily & Coastal profile. 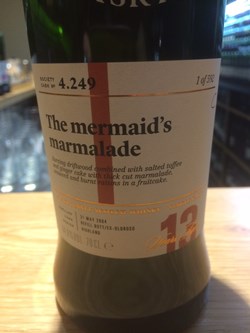 There’s always a steady influx of HP bottles to choose from – this one has one of the highest ABV’s I’ve seen from an SMWS no.4 bottling. Matured in a refill ex-oloroso butt (though unclear if full-term of just a finish). Deep, rich & dried fruits profile. 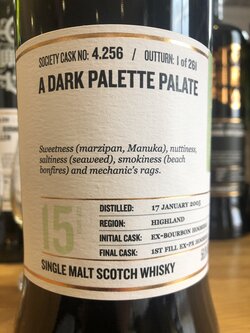 A Highland Park that is sure to fly off the shelves – 13 years in ex-bourbon with the remainder of the maturation in a 1st fill ex-PX hogshead. 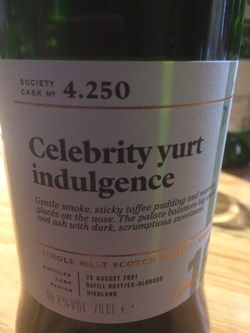 Highland Park laid down in 2001 for 16 years. The cask is listed as refill ex-oloroso, but whether this is full term of a finish is unclear – I am suspecting of the latter. Lightly peated style. 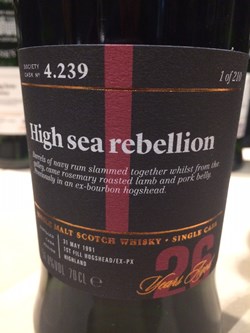 Well-aged Highland Park distilled back in May 1991 and kept in a 1st fill ex-Bourbon hogshead before being finished in Pedro Ximenez sherry. One of 201 bottles. Old and Dignified profile.