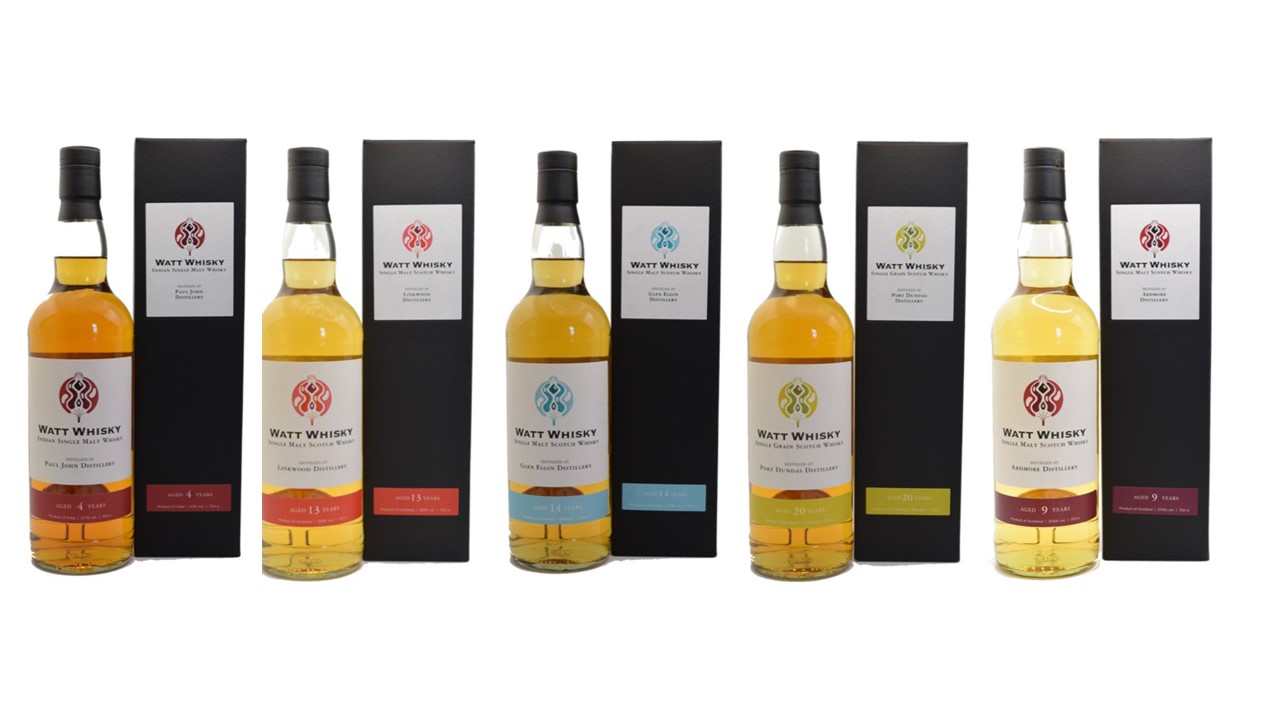 Launching a new business takes bravery. Doing so during the height of a global pandemic takes sizeable minerals. And commitment, self-belief and above all else resolute passion. The times are certainly weird, but whilst COVID-19 has disrupted ‘normal’ life, it’s worth noting that there’s no ‘prefect time’ to start a company. Even during the most prosperous of ages businesses have come and businesses have gone. Timing is important, but it’s far from everything. Whilst some might argue that the perfect time to start independent bottling was likely during the last decade – before things went whisky crazy – there’s still just enough headroom to squeeze a few more indies into the market. So long as they’re doing things right.

And to my mind, Watt Whisky have got off to flying start by doing things right.

Access to casks ain’t what it used to be. If you’re a whisky enthusiast with some spare cash lying around (and looking at auction prices there seems to be a few of you who fall into this category) getting into independent bottling is not as easy as you might think. It’s not as simple as making a few phone calls, going on a jolly to a warehouse and then bottling up some ‘nice stuff’ for all the profits.

Whilst back in the day casks were plentiful, nowadays unless you’ve got direct relationships with distilleries (some of which were formed many decades ago), you’re going to have to source your casks via brokers. And many (but not all) of them are greedy bastards offering no opportunity to try before you buy (duff cask pass off), nor the level of pricing that will allow you to turnover a decent enough return to grow a bottling business beyond the size of your garden shed. With a distillery, a ravenous broker and the taxman all standing in your way, there won’t be a lot left before you get your liquid to the market. That's not saying that it can't be done - only the market has by and large pivoted to make it much harder than it was.

There’s been several new bottlers I’ve noted over the last few years who have given this approach a go – good luck to them, but it’s tough going – the quality of whiskies has been variable at best and RRPs have often been substantially above the market asking price – all necessitated by the need to turn a profit based around a poor cask purchasing price and no opportunity to sample in advance. No amount of nice packaging will make up for that sadly.

But Watt Whisky who were formed back in 2019 and who recently released their first bottlings have several things which most of us don’t have. Outside of the knowledge that Mark and Kate Watt have amassed through working within the whisky industry for many years, they’ve also got connections. Connections which have allowed them to source high quality liquid at ‘in-tune’ pricing. And importantly, connections within the whisky fandom which have provided them with the routes to market and promotion directly to enthusiasts that many new bottlers just don’t possess. Folks both know and trust the Watt’s experience – and that’s a huge boon to starting an independent bottling operation, pandemic or not.

Following a successful crowdfunder for Watt Whisky’s inaugural bottling – which is just being delivered to backers as I type, the company has released their first four whiskies (plus a rum under the Watt Rum imprint). The starting range cuts a swathe across different styles of Scotch and they plan to release three to four times each year, following a similar model to their opening gambit of 5 or 6 casks at a time. Mini-outturns if you were. They note that whilst whisky is the plat du jour, they’re not adverse to bottling the occasional rum and potentially even looking to cognac and Armagnac in time. In their words “nothing’s off limits – if it comes in a cask and we like it, then there is potential to bottle it”.

Starting a new venture is always a risky business, but as you’ll see from my notes below from the review samples which were provided to me, the quality (and consistency) across the board is notably high. As debuts go – this is a strong showing from Watt Whisky. They say it's not what you know, it’s who you know. But when it comes to independent bottling - it’s both Watt you know *and* who you know.

An unspecified decade old Highlander drawn from a single ex-bourbon hogshead. Bottled at 58.4% ABV and available for £79.95 from The Whisky Exchange.

Nose: Immediately expressive with gingerbread men, cola cubes and lashings of creamy toffee. Latte and ground coffee beans push through whilst golden sugar and brown bread is joined by a combo of pepper and cinnamon alongside a puff of background smoke. Reduction reveals coastalness alongside fudge, barley water, aniseed and heady cardamom.

Communicative, impactful and though-provoking throughout - much more so than the pale hue and decade of maturation implies alone. This is simply good distillate drawn from a well selected cask.

Over to Caol Ila for an 11 year old that has been matured in a single ex-bourbon hogshead and bottled at 57.4% ABV. Yours for £64.95 from The Whisky Exchange.

Nose: Smoked lemons, brine and coal dust together with shale and beach shingle. Medicinal wipes and floor cleaners are joined by lemon gel, chip pan far whilst in the background a selection of alluvial clays persists alongside groundnut oil. Water reveals putty and tile grout together with moist soils, sack cloth and roasted lemons.

Taste: Fulsome and fatty. Salinity, white pepper and stem ginger run parallel to expressive lemon oils. Smoke billows out of the centre – antiseptic, tinctures, brine and sea breeze set against wood smoke and lamp oil. Dilution amps up the minerality with cliffs and sandy beaches together with pangs of grapefruit sharpness and tartness.

Precise and chiselled where it needs to be - wild and untamed where you’d hope it was. And with all the lemons you’d likely ever require. Unmistakably Caol Ila. Perfectly so – an archetypal bottling.

12 year old Mannochmore that hails from two ex-bourbon hogsheads that were combined and then ‘rested’ in a brandy butt for three months. Mark Watt has helpfully posted up his thoughts on why ‘finishing’ is not his preferred term for ‘additional maturation’ over on the Watt Whisky blog –  it’s still rather the Wild West of the whisky terminology world. His post also includes additional details about the story of this Mannochmore. Bottled at 54.8% ABV it’ll set you back £61.95 from The Whisky Exchange.

Taste: Weighty and richly composed. First up – piquant pepper, cloves and charred oak – quickly followed by grapefruit sharpness and melon sweetness. Steeped fruit teas are joined by chilli-spiced hot chocolate whilst candied lemon peels sit with butter biscuit (base). Water adds a silky mouthfeel whilst focussing on citrus with the addition of lime zest alongside a touch of oaky menthol.

A well-composed, textural whisky that runs the gamut of sweet fruitiness, stimulating spiciness and bakery richness. There’s a good mouthfeel to this Mannochmore throughout and it takes dilution well. Likeable.

Mystery blended malt that’s been matured in a sherry butt for the best part of two decades. Rather good value at £79.95 from TWE.

Nose: Rich and pronounced with stewed apples, hedgerow berries and a selection of fresh and dried orange fruits – mandarins and tangerines. Chocolate runs throughout and is joined by cinnamon and nutmeg sprinkled over fruit loaf with a glass of warmed milk served alongside. Dilution expresses chamois and cloth with dusty ginger spicing, beeswax and Kit Kat bars.

Taste: Gentle, but slick and mouthcoating. Brown sugars and reduced, tangy fruit preserves are joined by orange liqueurs and plenty of tobacco leaves. Leather seat covers and polished mahogany sit with powdered chocolate and creamy toffee sauce whilst earthiness and hot house vines lurk in the background. Reduction isn’t needed, nor advised – it adds orchard fruits together with orange peels but diminishes both the brightness and richness of the whisky. 44.9% is where it’s at.

The worryingly quaffable one. A bottle of this mystery blended malt is unlikely to last long - fruit-packed sherry goodness set against rich chocolatier and spice merchant notes - a winning combination.