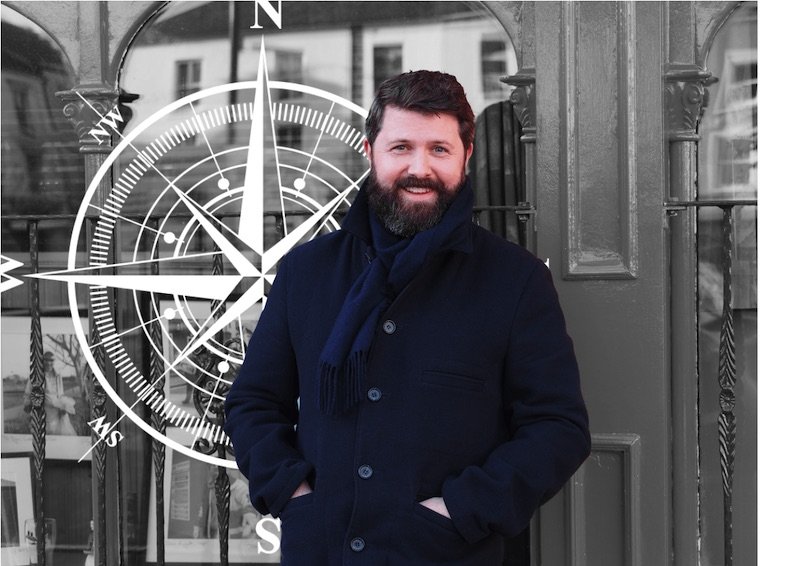 Despite being presently just a one-man band, the philosophy behind O’Connell’s Whiskey Merchants feels in tune with the direction that the whisky world is taking – and particularly in step with the resurgent Irish whiskey scene. A goal of becoming “…the biggest indie bottler in Ireland by 2035” might sound highfalutin when you consider that other independent bottlers have established their positions over a century as opposed to a mere 15 years hence. However, whilst all new ventures start life with the grandest of ideas, it’s often the identification of the small, but significant aspects of a market that allow businesses to quickly establish roots. And then truly look to the stars.

Regardless of what any mainstream clickbait media wants you to believe – whisk(e)y is far from a dead cert in terms of investment. Buying all the limited-edition bottles for flipping at auction is just perpetual opportunism. It is not the same as establishing a scalable, long-term business. And similarly, the skills and knowledge required to build a distillery, open a whiskey bar or establish an independent bottling operation run far deeper than simply possessing a combination of resourcefulness and/or unscrupulousness.

The explosion of the Irish whiskey scene has seen a predictable expansion of all the above – new distilleries, new bars (at least until 2020 ☹) and growth in the independent bottler scene. And sadly unscrupulousness – though a fool and their money are always easily parted. However, whilst indy bottling is well established in producing nations such as Scotland – its development in Ireland has lagged behind - not just in scale but in philosophy.

For a considerable number of years, the limited selection of active producing Irish distilleries resulted in a scarcity of the diversity of liquid. Whilst there was a reasonable volume of stock to go around – the DNA was derived solely from Bushmills, Midleton and Cooley. This in turn resulted in a bottling scene where transparency was sacrificed on the altar of brand multiplicity. A range of bottlers – all acquiring liquid from the same sources, but utilising varying degrees of smoke and mirrors to suggest to consumers a greater variety (and deeper history) than the reality. Tales of distilleries that didn’t actually exist combined with historical brand stories plucked straight out of make-believe.

But as the renaissance of Irish whiskey has continued apace, and consumers have become increasingly knowledgeable – this poor transparency and at times frankly unethical marketing has come into sharp focus. And whilst deviousness still pervades certain quarters of the whisky market (not just in Ireland) – there are considerable drives for unambiguousness at the ‘craft’ end of the market.

Whilst it is often proclaimed that the bulk of bulk whiskey consumers don’t care one jot where their barley is sourced and how accurate the brand story is – at the enthusiast end of the spectrum I would argue that the die hard whisky contingent are becoming increasingly discerning about such things. A short time on social media (always dangerous) will show heated discussions – sometimes around the most banal of topics. But nevertheless, this level of passion, interest and broadening knowledge is a clear indication that expectations (at least within the enthusiast parts of the market) are changing.

And it’s at this, niche, but nevertheless influential end of the market that O’Connell’s are looking to make waves.

A few short exchanges with Daithí and a modicum of desk research shows that his approach eschews the cloudiness which still pervades much of the Irish whiskey scene. Distillery sources are indicated, ages are provided (even when at the youngest end of the spectrum) and he’s on the record over at Malt indicating that he’s not interested in working with the sort of NDAs that limit bottlers ability to either provide information, or to work with a broader swathe of different distilleries as part of their portfolio.

It's this type of ‘open’ independent bottling mindset I believe will steadily become the norm in Ireland. But this will take time. One should expect that the swathe of new distilleries will remain relatively tight fisted with their limited initial inventories. Afterall – they’ve got their own brands to build and selling stock off early is not a hugely sensible manner to establish longer term growth prospects.

However, the initial O’Connells offerings in the form of the PX Series and Bill Phil that we’ll be reviewing today indicate that there are already options out there for Irish bottlers willing to experiment with interesting spirit and cask combinations. And it’s this type of differentiation, combined with a mindset of transparency, which may yet see Daithí realise his lofty goal. Thinking big but acting small.

Peated Irish whiskey has been far from a common sight outside of a smattering of Connemara bottlings. But growing demand and consumer interest in different styles seems to be pushing the needle in a variety of new-ish directions for the category – one such being the utilisation of smoke. Both Teeling Blackpitts and prior to it, W.D. O’Connell’s Bill Phil releases (particularly the cask strength – which we’ll review for you at a later date) have generated a palpable buzz with their announcements. A buzz which to my mind is warranted.

On the one hand ‘moar peat’ seems simply a logical progression for Irish whiskey – there’s already enough established peat loving drinkers out there to sustain a considerably wider selection of smoky-imbued Irish expressions then presently are available. On the other, it’s simply a reassurance (and a sense of modernity) that with much larger volumes of new, young Irish whiskey starting to enter the marketplace, that the diversity of the offering as a whole is ensured. From 3 distilleries to over 30 in a relatively short space of time necessitates considerable differentiation for all to be able to find a place in, and a share of, the market. Peat is one such potential differentiation to play with. And it's perentially popular with a lot of consumers.

Founded on the site of the former Great Northern Brewery in Dundalk (County Lough), the Great Northern Distillery came on-stream in 2015 and produced their first whiskey back in 2018. W.D. O’Connell has sourced a young triple distilled peated malt for their first batch of Bill Phil (you can read about the history of the brand name on the W.D. O’Connell website). The whiskey has been peated to 55PPM and matured solely in 1st fill ex-bourbon barrels for 3 years and 5 months. 600 bottles have been produced and will set you back £59.95 on via the W.D. O’Connell web shop.

Finish: Long with engine oil and pepperiness. Persistently filthy with antiseptic and carbolic soap in the tail.

Rambunctious, rough edged – and yet likeably characterful. The combination of lively fruitiness with murky industrial smoke is initially somewhat disconcerting, but the fusion proves effective with both sides of the equation holding their ground against the other. Young stuff that’s still quite ‘makey’, and as such, the amalgamation still feels somewhat of a tussle - but there’s more than enough here for me to want to keep a watchful eye on how this distinctive spirit shapes up in the future. Interest piqued.

Sourced from Cooley stocks Batch 1 of W.D. O’Connell’s 17 year old Single Malt Irish Whiskey has been matured in 1st fill ex-bourbon barrels before being finished in a Pedro Ximenez sherry cask for 6 months. 370 bottles were produced and can be purchased directly from the bottler for £149.95 or from a number of retailers including the Celtic Whiskey Shop.

Finish: Medium with drying oak and supple but noticeable tannins together with cask-led cinnamon and vanilla.

A solid opening gambit from W.D. O’Connell that combines a high-quality fruit-driven distillate with a sympathetic finish of the right length of time. Here the PX has added notes of additional richness and spice without ever becoming overwrought and burying the underlying character of the spirit.