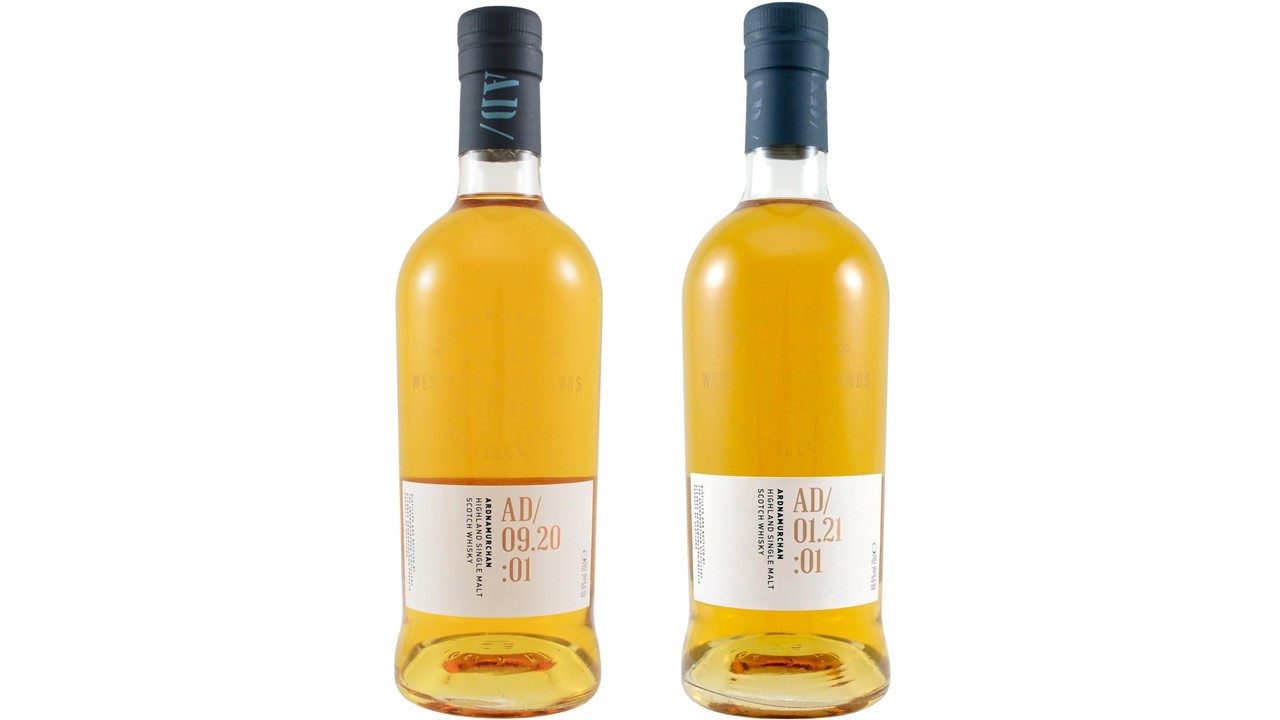 Whisky drinkers can be a capricious bunch - one minute mourning the prices and availabilities of yesteryear and in the next breath applauding the future promise of every single one of the growing sea of newly opened distilleries. Last week declaring themselves ‘out’ from what they perceive as too high a price for a new chasey limited-wotsit from a well-established producer – next week loading up shopping baskets full of barely of age spirit.

But as a phenomenon the rise, acceptance and current day fervour for new distilleries shines a light not only on the buoyance of the whisky market, and how drinkers have embraced ‘youth’ – but also more pertinently on the tension that exists in the minds of consumers when it comes to present day releases. Some folks feel an immense pressure to jump onto new distillery trains – in their eyes, ideally before they’ve even left the station.

Indulge me a contrast for a moment…

When I was growing up, my music consumption was inherently tied to a particular time. I purchased and listened to what was available. And my music choices were for the most part reflective of my journey of ‘growing up’. Today people are listening to things from across all eras – without any timeline or any context – because, through the Internet and streaming services music is all presented equally to them. Digital media is an equality, permanently available for all.

Music used to involve a process of replacement – as styles and fashions changed, music would be purchased, sold and in one manner or another cast-off. Collections evolved. Fast forward to now – and music is a process of accumulation – any one track or album is as available as the next. And as such, there’s little tension within this system – all music is similarly available and therefore is readily judged by the standards of the present, not necessarily of the past.

To close this circle with its significance to whisky (thank you for your patience)….back in the late 90’s when I was starting my whisky journey, bars or bricks and mortar booze shops were the only readily available avenues for exploring the rich diversity of the spirit. I purchased, consumed and enjoyed what was available to me then. Granted, whisky through its inherently long ‘gestation’ as a product always has a sense of a rear-view mirror in-built – but nevertheless my explorations were largely unfettered by the actions of anyone else. And as such I freely drank of the past.

2021 - and conversely to the universal availability of all music, despite marked increases in production and inventories over the past three decades, that freedom has now been largely lost. Despite a keen eye on distilleries and bottles long now past – whisky, like music, is also judged by the standards of the present. But whisky, unlike music only has a permanence when it remains unopened and unexperienced.

On the one hand, this is a sign of a developed market. On the other, this increasingly presents a warped view of what whisky ‘is’ – particularly to newer enthusiasts. And to my mind, this is even more significant when it comes to the outputs of the newly established distilleries. The ever-increasing accumulations of the bottles from young producers risks miring or even losing the link (a link which I believe is fundamentally important) between time and whisky before these distilleries have even reached their true stride.

I’m talking from experience here. When there’s not enough whisky to go around, you can’t just “make more whisky” (though please – do keep those suggestions coming). Someone, often lots of someone’s will sadly end up being disappointed. But when dearth and demand are coupled with bottles only being opened and explored by the most ardent (or wealthy) of enthusiasts, as a consequence, this removes our ability to understand the timeline and content of whisky at any given moment in history.

People talk fondly of purple patches in production during the 60s and 70s, and rare bottles from these eras are lauded, hunted and coveted. If we’re not careful, our present tension for new distillery releases will not result in a future perfect – it’ll produce blackholes in liquid history where in just a handful of years’ time, few will be able to draw a direct link to the spirits of the fairly recent past....unless of course they open some of those 'retirement stashes'.

Today’s review double-bill has, unsurprisingly, been selected as something of a case in point. Ardnamurchan’s initial single malt releases – despite eschewing eye-watering prices, over-conceived packaging or forced limited bottle numbers - were still all snaffled up with the speed of a platoon of forcibly starved truffling pigs. And then flaunted for sale at four to six times their commendably reasonable £45 RRP. Cue the associated raft of unopened bottle photos flooding social media and you’d be fully excused for wondering what level of Dante’s Inferno whisky had finally sank too.

Ardnamurchan’s opening salvos, like so many other new distillery offerings quickly have become talked about more for their scarcity and secondary market ‘values’ and less for what’s actually in the bottles. I by and large understand that for a fair number of obviously venerated expressions released over the past decades. But when it comes to 5 year old whisky, with tens of thousands of bottles released at a sub £50 price – you have to start wondering if we’ve got to the point where it is consumers themselves, not producers, who are the ones wanting to artificially inflate the desirability of releases.

With thanks to Roy (Aqvavitae) for the generous samples

The inaugural release of this West Highlands single malt was far from a limited affair – 15,978 bottles. Indeed, that’s about as large an opening gambit as one tends to get when it comes to new distilleries. However, despite the generous number of casks utilised to create this expression – it quickly transpired that 15K of bottles was apparently nowhere near enough to sate demand. That is not to say that there’s a magnitude of well over 15,000 clamouring Ardnamurchan whisky drinkers (as yet) – but rather, that just the one bottle was likely not enough for many – despite retail limits. Indeed, you don’t have to look all that far to see evidence of people with caseloads of this stuff. Whatever floats your boat guys.

The release itself is a large vatting of ex-bourbon casks (65%), Oloroso and Pedro Ximenez sherry casks (35% between the two styles) bottled at 5 years of age. Of course, you’re into the secondary market (or friendly bottle shares) should you wish to try this now – though with an RRP of less than £50, I strongly doubt that the nightmarish 600% markups witnessed when this bottle was first released will be sustained over the long term.

Nose: Out of the bottle - fireplace ashes and coal dust – but these quickly give way to a gentler more layered earthy peat. Acacia honey, dusty lemon bonbons and strawberry milkshake powder sits with a chalky minerality that along brings with it some salinity. Sack cloth, and vegetalness from new potatoes again reinforce the earthy character, whilst added some broader interest. Reduction, reveals youthful undertones – as it so often does – yeasty doughs, raw barley and a pang of something metallic.

Taste: Markedly oily and with palpable weight. The smoke influence both leads and follows – paraffin wax, axle grease, brined peppers and brass polish – offset by freshly picked Granny Smith apples, a generous spoon of honey, a squeeze of lemon juice and a tingle of pepper. The back-palate is more ex-bourbon cask driven with both vanilla and soft toffee coming to the fore – again with an edge of minerality/salinity. The addition of water offers a creaminess alongside an earthier peat – smouldering leaf mulch, burnt mosses and ferns. However, the composition loses brightness and coherence quickly – the bottling strength is where this is at.

Ardnamurchan’s maiden release is a story of three parts – firstly of balance – it already is, despite its young age. Secondly of interest – there’s more here than just fruits and peat smoke – just the right amount of left-field earthy/farmy motes provides a level of charm, character and intricacy that merits exploration. Finally – there’s the price and allocation – both were admirably framed to allow as many enthusiasts as possible the opportunity to try this whisky. And yet, it seems that some quarters of the customer base were simply not prepared to let large bottle numbers and a low retail price thwart their determination that inaugural releases should be viewed as more than they actually are. Enthusiasts love to blame producers, but in this instance the blame lies entirely at our own feet <sigh>. Well-made, well-balanced, good drinking whisky – and it scores as such.

Release 2 from Ardnamurchan came earlier in 2021 whilst everyone was still locked up inside their houses. And whilst it was not quite the bunfight of the inaugural release from 2020, it still sold out rapidly – all 14,676 bottles of it.

Following the same format at its predecessor, this is composed of ex-bourbon casks (65%), Oloroso and Pedro Ximenez sherry casks (35% between the two styles) and is bottled at 5 years of age. Whether the casks are just a wee bit older this time around, or the configuration of the sherry casks has been altered, who can say – but for all intents and purposes, on paper this looks to be ‘more of the same’. However, vattings of multiple cask types rarely work that way unless at truly vast scales (where one might simply assess the first and last casks and accept that everything produced in between is likely of a similar quality).

Released for sub £50 and now available at an auction house near you. Or, just wait….I’m sure Release 3 won’t be all that far away...and indeed we're only just at the start of Ardnamurchan's journey - they'll be plenty more to experience in time.

Taste: Clean and chiselled with a grippy weight. Honey and wax both provide a textural element whilst freshly halved apples and lemon gel sit alongside orange barley water. Salinity and minerality combine in a wafting, but clear smoke that has plenty of seaweed and coastal breeze along for the ride. In the background, ginger and pepper provide a peppy kick. The addition of water presents more herbaceous motifs with reeds and ferns together with liquorice and cloves.

Ardnamurchan’s second release treads a very similar path to its predecessor – all of the fruity, peaty, mineral and herbaceous notes and flavours are present and correct. However, their configuration here feels a little constricted. In one sense, that makes for a tighter, more on the rails, experience, but on the other, it was the side-steps and divergences of AD 092001 that marked it out as being a little difference – and to my palate provided it with welcome additional appeal. Nevertheless, following the same format means you’re never going to land too far away from the target – and once again this is well-crafted, characterful, easy drinking single malt with its own distinctive character.