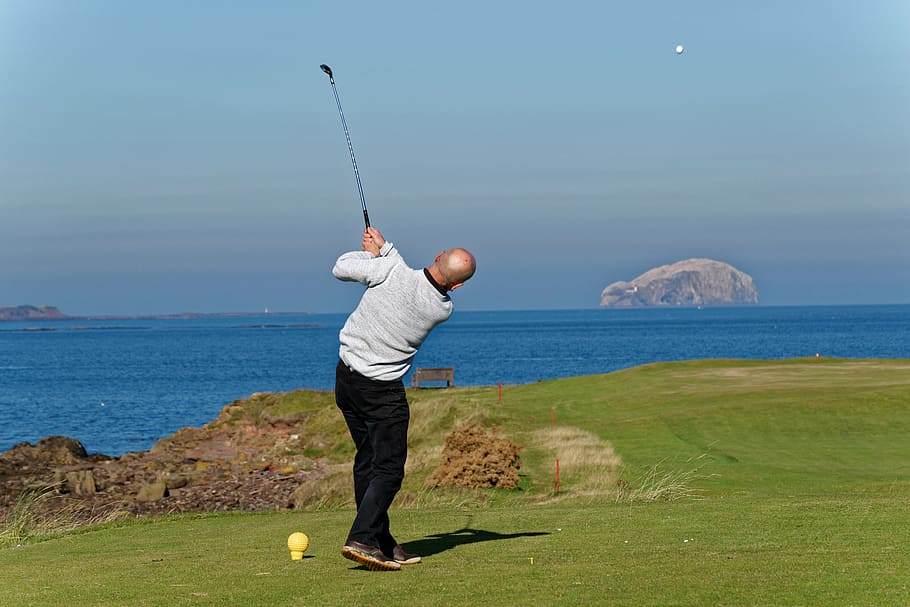 With December on the doorstep, it’s almost time for The Dramble to transition to what has, over the years, become a tradition - a month of seven-day-a week, daily postings <deep breath>. It’s no easy feat trying to find (make) the time to write each and every day (and I doff my cap to all those who do). Whilst longer-form writing requires considerably more research and input per piece posted, daily postings comes with a different rhythm – and a different pressure. And as we sit here on the cusp of the final month of 2020, it’s honestly feeling a little alien.

The Dramble has evolved, morphed and grown since its inception – and those who have been with us over the course of the journey will have seen the development of the site away from being tasting note focused to one of a more discursive (you say rambling – who am I to argue?) format. And that’s where we feel happiest – exploring whisky through the broadest possible lens. And indeed, that’s where I believe The Dramble’s point of difference lies when viewed against a large number of whisky websites out there.

Tasting note postings are ten-a-penny – only one upped by the growing number of ineffectual Insta ‘reviewers’ – a surprising number of whom manage to discern “apple, vanilla and oak” without seemingly ever opening their bottles. The Dramble has tried over the years to offer more than just our selection of aroma and flavour cues – and one hopes that this point of difference has made the time you spend reading these pages worth your while.

Our December schedule always provides a keen focus – a rolling daily deadline and an inherent need to write succinctly. The latter of which is oft-times lost in the sea of early morning whisky writing. As such, today is somewhat of a warmup for the month ahead - five shorter form reviews of a selection of blended malts that have been sent in to Dramble towers. Consider it a practice swing.

The Angel’s Nectar Collection produced by Highfern is inspired by evaporation – namely the angel’s share. But rather than attempting to provide customers with either captured alcoholic fumes, or an entirely empty bottle, Angel’s Nectar pins its colours to the suggestion of enjoying the indulgences that the angels take from the myriad casks maturing across Scotland. We don’t dig into the concept anymore – it makes for a nice enough story and brand design.

The ‘original’ bottling in the Angel’s Nectar Collection is a blend of both Speyside and Highland malts. Bottled at 40% ABV, it’s available directly currently for £28.99 via the Distillers Direct website (oddly listed with "Japanese" in the url)

Nose: Delicate and grassy. Clover honey, fresh green apples and white grapes sit with dried grasses and reeds, whilst golden cereals are joined by vanilla toffee cream and a sprinkle of desiccated coconut.

Taste: The arrival offers a quite satisfactory level of mouth cling for the minimum ABV. Barley notes are up first – oat cakes and breakfast cereals – followed by orchard fruits and scattering of lemon peels. Butterscotch sauce and creamy toffee are balanced against fresh field notes of pressed flowers and air-dried grass, whilst vanilla essence joins light toasted oak.

Angel’s Nectar is a straight-forward but well-composed blend that presents an ideal steppingstone for drinkers looking to move away from supermarket blended fare. The fact that the £30 price has not increased since the bottle’s release in 2014 is a testament to retaining this positioning.

As well as a ‘Rich Peat Edition’ crafted from peated Highland malt whisky (no prizes for guessing), Angel’s Nectar have also produced an Islay Edition. The cask composition of this blended malt is not provided, nor is it said whether this is an ‘all-Islay’ blend. I suspect that the base components of the release might well be similar to the Original edition but with an additional parcel of peated Islay spirit. It is however noted as being 5 years of age and being matured in ex-bourbon barrels. Bottled 47% ABV, the release can be purchased directly from Highfern for £49.

Nose: Wild honey, lemon gel and digestive biscuits liven a backdrop of woodfires, cold cream and antiseptic. Damp peat and earthiness sit with a joint of smoked ham, whilst smoothed pebbles and brine are joined by a selection of tinctures, gauzes and medicinal oils. Dilution adds additional vegetal and mineral aspects – seaweed and lead mulch alongside shale and slate.

Taste: Develops somewhat unusually. Opening on salt water, floor cleaner, bandages and antiseptic before moving into sour cider apples, tart lemons and pumice stone. Honey and white jelly babies emerge, before the peat influence returns with ash and dry oakiness offset by engine oils and machine greases. The addition of water reduced the dryness of the wood substantially, offering sweet citrus notes of balm and candied peels, whilst amping up the mineral levels with additions of hewn granite and limestone.

Finish: Quite long, persistently medicinal and with an underlying pang of minerality.

The Islay Edition of Angel’s Nectar is unmistakably Hebridean – equal parts medicinal, coastal and mineral. It stands up well in a crowded field (though perhaps not necessarily on quite as well on the price point), though to my taste benefits from a few drops of dilution which reduced the sense of clinging oakiness from the mid-palate.

The Surgeons Ball is one third of bottler/cask trader Edinburgh Whisky’s New Town Collection. Named after the largest complete example of Georgian town planning in the world – Edinburgh New Town was approved in 1767 (the whisky marketing materials list 1952 – but what’s a few years between friends?!) and constructed in phases up until 1850. Built as a result of the Scottish Enlightenment and as a solution to overcrowding, the development included a grid-style pattern with street names chosen from both monastic and Union references (Queen Street, George Street and Princes Street).

The Surgeon’s Ball is described as “a blend of peated Highland malt”. It’s bottled at 46% ABV, and you can currently purchase it directly from Edinburgh Whisky for the discounted price of £27.30.

Taste: A lightly bodied arrival that still packs plenty of peaty punch. Burning potting sheds and asides of medicinal wipes are tempted by whipped cream and vanilla crème patisserie, whilst tart lemon and orange (St Clements) mingles with a background of hot chocolate, oils and greases and charred staves. The addition of water results in a rapid loss of coherence – everything becoming simply vaguely sweet. 46% only for this one.

The Surgeons Ball’s heavy Ardmore component runs throughout out its entire profile – and serves it well if younger spirit from this Highland distillery is your jam. It’s perhaps a little too sweetly composed and loses structure at anything other than its bottled ABV, but barring that works well enough and comes at an asking price which doesn’t rule it out for mixing either.

Edinburgh Whisky’s New Town Collection doesn’t seem available from the ‘usual’ selection of whisky outlets. Instead, the trio of blended malts look designed to appeal to the gifting market (which, I suspect is why I’ve been sent these to review in the run up to Christmas). A curious mix of retailers including Not on the Highstreet suggests to me that Edinburgh Whisky are looking to position their products outside of the usually highly competitive world of direct whisky retail. And distribution via website more commonly used for gifting likely provides the brand with some appeal for shopper who want to look off the beaten track of marque brands, but who at the same time don’t want to be digging to deeply into their pockets at the same time.

The Practitioners Parcel looks somewhat akin to Edinburgh Whisky’s Surgeons Ball – indeed, I believe the core peated constitute to come from the same source from my tasting notes. However, the iteration comes adorned with an 8 year old age statement. Bottled at 46% ABV, it’s available currently for £27.30 directly via Edinburgh Whisky’s webshop.

The Practitioner’s Parcel possesses a somewhat subdued nose – but the palate is alive with bright and both earthy peat influence as well as defined fruity character. Similar to the Surgeons Ball, I suspect a generous core of Ardmore’s spirt to be at the heart of this blend - and that’s rarely something I unable to find enjoyment from.

The final bottling in the Edinburgh Whisky New Town Collection series of blended malts eschews the peated influence of the other two expressions for the use of some Spanish sherry casks. There’s not a great deal to say about the composition – it’s designed for those who “Scotch whisky” and “sherry” are likely about as descriptive as is required. It’s aged 10 years, bottled at 46% ABV and available as of writing for the Christmas-focused price of £27.30 from Edinburgh Whisky.

Taste: A soft arrival which still possesses pleasant syrupy viscosity – particularly after the initial mouth entry. Raisins and sultanas lead off with dulce de leche, chocolate sponge and well-fruited cake in support. Gingernut biscuits and richly sherried red berries arrive in the mid-palate before perky, but restrained cinnamon spicing and chamois leather add broader nuance. Reduction presents a transposition to syrupy stone fruits as opposed to berries – apricots served with vanilla cream – together with more of the cask in the form of tingling char.

In a year with little rhyme or reason to it – here I am favouring the unpeated, sherried expression over the other two smoke-focussed expressions in the same series. But this is a well-earned first place – The Inventors Inspiration, whilst not an outright bomb is a well-composed, sherry-forward blend that offers notable balance throughout. There are no miss-steps here. And whilst complexity levels are not high, nor are their any left-field eureka moments – what’s here works pretty nicely indeed. Solid stuff. You could do a lot worse than this – especially for £27.