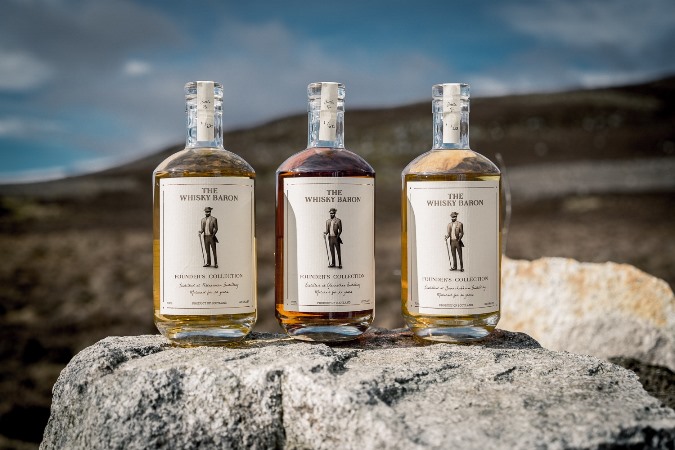 The whisky industry is continually searching for new methods to ‘educate’ customers. Cocktail serves, food and cigar pairings, tide pods – even occasional forays into music, art and technology. For the most part, this is all for the good – a more knowledgeable consumer is a consumer more likely to understand the contents of a bottle – where it come from, how it has been crafted and what defines its quality and value. But at the same time, within a market which is becoming increasingly diverse and increasingly competitive, much of the education from distilleries themselves is understandable brand-led. Fundamentals yes, but at the end of the day - messaging which shouts ‘us rather than them’ and ‘our product over another’s’. All producers need to find a point of difference with which to position themselves within the market. But, as enthusiasts, it’s important to be mindful that our own learning is both holistic and ongoing.

It’s all too easy to get stuck in an Internet echo-chamber. And producers, for the most part, are very happy if we become so – so long as we’re buying their products. Education plays a significant role in underpinning the foundations of the whisky industry –reinforcing the values and processes which its build and thrive on. But, the industry doesn’t stand still. Neither should we.

There’s no one out there who could not learn more about whisky. Not a single person. The field is so rich and so varied that there’s always something new to understand. And it’s this abundance of available knowledge which keeps me searching for wider and deeper information. Sometimes that is indeed brand-led – an event or occasion which adds to my overall resource of knowledge. Sometimes, it's background research – reading, talking to folks, watching, touching, smelling, tasting. But regardless of the method, it’s the act which is important. The acceptance that there’s always more to learn. Self-styled whisky ‘experts’ hold little weight in my world. And if you are one of the more knowledgeable people (and there are a great many) then, in my view you’ve a duty to pass on this knowledge to others eager to learn. Grandstanding isn’t pretty and it usually isn’t clever. Learning should be lifelong.

This brings me on, somewhat neatly, to The Whisky Baron – a new independent bottling and brokerage company who released their first expressions in 2019. The Whisky Baron is run by Jake Sharpe – who bears a strong resemblance to the unnamed ‘baron’ which adorns the labels of his smartly designed bottles. Jake is no stranger to the world of whisky – he’s put in the years as a cask broker – he’s spent countless hours scouting and sniffing around the darker corners of Scotland’s warehouses. But, he’s also, by his own admission still learning.

Some would see this 'confession' as a negative – a concession to a lack of knowledge. I do not. I see it as a manifestation of the realities of the whisky world – that there’s always something more to study and absorb. In a industry increasingly full of authorities and all-knowing connoisseurs this is both as refreshing as it is reasonable. Jake not knowing everything is a good thing – it means he’s likely as curious as I am. And curiosity rarely kills the cat.

The Whisky Baron has released three bottlings in its initial ‘Founder’s Collection’. A second series of ‘Renaissance’ expressions is due to be released in the not too distant future.

The Founder’s Collection bottlings have several facets which mark them out. Firstly, the solid glassware comes with glass stoppers. Hold on. Hold on. Stop all your jabbering around corks. Whilst there’s something about the ‘pop’ of a cock, they’re inherently a pain in the arse – and overtime invariable break at the most inopportune moments. Secondly, the labels are ‘powered’ by Augmented Reality (AR) – gimmicky yes, but an added nice touch which provides an additional talking point, and something which, if developed further could indeed add some solid whisky education into every bottle. AR is a space I’m watching closely…though it's likely several years away from both widespread adoption and added true value.

Thirdly and sadly less positively are the prices tags for these initial offerings. They’re all pitched at the very upper echelons of the indy market. Good cask picks yes, but with a barrier to entry which likely will put people off. There’s an important learning point here too.

So, let’s dig into these three (quite different) recent releases – which for transparency I’ll indicate I was sent review samples for.

The opening salvo of the Whisky Baron Founder’s Collection sends us up to Fettercairn for a 10 year old drawn from an ex-bourbon barrel (#4622). 270 bottles at 48% ABV have been produced and they’ll each set you back either £74.95 from Master of Malt (there’s only one left apparently. Or 5 pence more, but a feeling of socking it to the man if you purchase it directly from The Whisky Baron’s webstore.

Taste: As it was before, so it shall be again. Firmly ex-bourbon barrel territory here – more vanilla, creamy toffee and fudge and bright toasted cereals. Fruitiness is also similarly composed to the nose – juicy apricots and peaches with some tang provided by preserved lemon. The back-palate offers welcome divergence – a pang of minerality alongside buttercups and freshly mown lawn. Dilution is not required, but it expresses further aspects of the distillate – clean cotton and folded laundry – and a sense of crushed chalk.

Whisky Baron’s Fettercairn offers a crisp, fresh and mainstream approach to the often idiosyncratic distillate. It’s light, quaffable and at the ABV presented almost breakfast whisky. However, it’s at the zenith of pricing in terms of its age versus its ABV – which, when you’re talking about a very ‘conventional’ profile makes it hard to recommend.

The ‘middle’ offering of the Founder’s Collection gives us a whack of sherry in the form of a 12 year old Glenrothes which has spent its life in 1st fill butt #6147. 670 bottles have been produced  - which is rather a lot (469L) from a single butt assuming a standard size of 500 litres. The ABV of this one has been kept higher – 57% and you can purchase a bottle directly from the Baron’s website for a cool £100.

Nose: Apple crumble drizzled with toffee and Dulce de leche sauce – packed full of well stewed fruit and rich with crumbled biscuit and demerara. A scattering of ripe berries sits on the side and is joined by rum-soaked raisins, orange and apple peels and a generous twist of cinnamon spicing. Reduction adds a sense of creaminess with brulee, as well as directly expressing the oloroso influence – chopped walnuts and crumbled chocolate.

Taste: The arrival is all on bakery – gingerbread men, apple pies and cinnamon rolls. Alongside, there plenty of biscuit crumbs, raisins and sultanas before cask spicing rolls in – pepper, nutmeg, ginger and cinnamon – aromatic and quite intense. The back-palate is more overtly sugar-based with burnt toffee, rolled pastry and hedgerow berries. Water reduces the spicing, leading to tinned orchard (apple and pear) fruits, oats and increased nuttiness from walnut and cashew.

Finish: Quite long, spice-forward and with plenty of lively drying oak.

On the one hand, the sherry influence in this Glenrothes is quite restrained – there’s not an overabundance of sugar and sweetness and a sledgehammer of thick oloroso to the face. On the other, the cask influence in terms of the wood is palpable – particularly on the palate which has taken some of the precursor liquid’s fruit-character, but all of its spice influence. As such, I find this both an interesting and tasty 1st fill – which is largely sympathetic to the underlying Glenrothes spirit. It’s therefore a shame that the price is out of whack.

The oldest bottling (at present) in the Whisky Baron’s Founder’s Collection is an unpeated Bunnahabhain that has spent 16 years in an ex-bourbon hogshead (#3186). 258 bottles have been produced at an ABV of 51% - they’ll set you back £150 on the nose from the Baron’s webshop.

Nose: Light and somewhat unassuming. Peaches and cream, apricot yoghurt and vanilla to begin. Then opening further with royal icing, fresh oats and a glass of milk. Running throughout, a gentle vein of coastal minerality – hewn rock and shingle beach. The addition of water offers a more pronounced experience – expressive honey sweetness alongside clean cotton and sunflowers.

Taste: The arrival offers stone fruits (peaches), pancake batter and honey. The development is firmly coastal – rockfaces, limestone, gravels (all on alluvialness) with seashells and a tang of lemon tartness. The back-palate heads in the direction of creaminess – vanilla custard and crème caramel. All-in-all a good journey worth making. Reduction is though-provoking – a loss of the minerality (which is a shame!) but in return, some incredibly juicy tinned fruits – apples, pears and peaches.

I find the palate of this teenage Bunnahabhain to be quite excellent – a near perfect combination of fruitiness and coastalness - precise, honed and with the distillery character talking loudly and proudly. It’s therefore something of a disappointment that the nose is relatively shy and unwilling to deliver quite so much expressiveness. Nevertheless, a lot to like here. Just not the price – which in my opinion is fanciful.