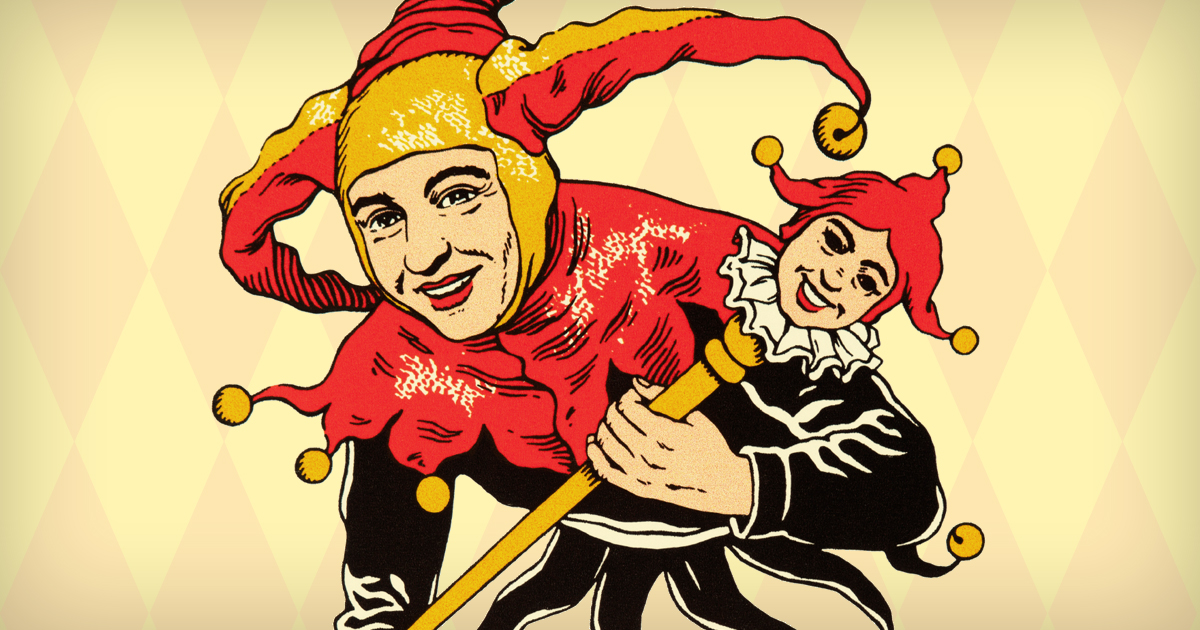 Older bottles are often compared to being time capsule celebrations of whisky’s steeped history. Liquid moments seldom repeated. Times and techniques long past. But by continuing to slavishly fawn over and peacock big age statements releases, we’re being fools if we don’t recognise that flattery will get us nowhere when it comes to whisky pricing.

There’s far more complexity to pricing than to lay all the blame for skyrocketing RRPs at the door of misplaced evangelism. Evangelism has allowed whisky to break into the mainstream – and it’s likely a primary reason why many of you are reading this post. But nevertheless, frenzied publicity, puffery and the plugging of larger age statement releases (alongside “limited”, “exclusive” “extra special hand-selected” wotsits) has and continues to have a warping effect on the market.

The industry itself has been a key driver of the changing narrarive / mixed messaging (delete as appropriate) around age statements. For decades, age was positioned as a marker of trusted quality. Then as the consumer base expanded and inventories could not keep up – age was less of a rule and more of a guideline. Now, the conversation seems to have shifted to its most potent formulation – that age is symbolic of the status of the purchaser. Note, I use the word ‘purchaser’ here and not ‘drinker’ quite deliberately.

Both producers and the media are keen to focus attentions on “the oldest ever” or “the most expensive”. That’s understandable – headlines like this generate far more attention than “distillery X releases new fairly priced, everyday whisky”. Indeed, in a world of markedly increased competition – releases will often struggle to gain traction without some form of unique hook - “it’s time to deploy the exclusive Matt”. But at the same time, I’d posit that this alone isn’t a major problem per se. Whisky has been steadily repositioned itself away from being just a drink. And this change isn’t anything new. Look back into the annals of bottlings and you’ll find countless examples of high-end snow globes being released throughout the past few decades.

No. The problem is us. And at times I'm just as guilty.

We’re all tacitly responsible for aligning whisky – particularly older age-statement whisky - with being less of a drink and more of a lifestyle.

“Wait a minute Matt” you chime in. “I’ve been shouting from the rooftops about ever increasing pricing for years – it’s not me – it’s ‘them’”. Yes, you have indeed, and you shouldn’t think that your collective cries have disappeared into the void. They’ve been heard. Loud and clear.

Whenever you’re new to something, it’s human nature to learn and explore. And the Internet is the perfect medium for one-sided learning. Newer whisky enthusiasts (particularly those who have joined the fray during the feeding frenzy that was COVID-19) quickly assimilate the hype-y headlines denoting the ever-increasing monetary value of whisky. Oh, and pretty bottles and boxes. Very snazzy. In turn and in time they see us proclaiming and displaying our expensive purchases – evangelism and excitement wrapped up in the acquisition of a cherished limited edition or big age statement ballot win. And they want a piece of that. They want to feel that they have shared values, aspirations, interests and attitudes to other whisky consumers. In a nutshell, that's community. But it's also a pretty good checklist of targets for lifestyle marketeers.

New enthusiasts do not come with the emotional baggage of a life-long hobby. They don’t want to immediately pick up pitchforks to fight the good fight around ‘fair pricing’. They just want to keep up with the Joneses. And keeping up with the Joneses means acquiring bottles – not moaning about the ones that got away, or how good it used to be. The Joneses are us. And when we’re not moaning, we’re quietly and steadily reinforcing the status of whisky as a lifestyle with every photo and post we make – both opened and unopened. Supermarket whisky - starter, basic and cheap. Limited releases and big age-statements - desirable, chasable and upwardly aspirational.

It’s all very well arguing that there’s plenty of whisky available at reasonable prices. Indeed, there is. However, it’s wholly unfair to implicitly suggest at the same time, that other enthusiasts should curb their enthusiasm for pursing more. I know many folks quite content to seek out reasonably priced daily drinkers, who would still bite the arm off someone to be able to have the means to purchase a bottle of 70s Brora.

If you're preaching that whisky should be more affordable - I want to see you enjoying the affordable whisky that's available right now. I'm sorely tempted to start calling out folks when I see them bemoaning pricing in one post and then flaunting the unquestionably extravagant in the next. Aspiration is one thing - double standards quite another.

There’s no real way to square the circle here. Evangelism is vital for whisky. But its effects – increased number of consumers resulting in diminished inventories – are simply something that we’re all going to have to get used to. However, there’s undoubtedly a level of credibility that’s required here. And for whisky to remain credible a better balance needs to be struck – from producers recognising that they *are* steadily pricing people out of the market – to consumers being cognisant that they can’t platitudinise and repudiate within the same breath.

Today sees the release of The Whisky Exchange’s follow-up to last year’s April Fool release. And at a glance, it looks very much like more of the same. But whereas 2021’s release was labelled as “Extremely young, I wish I were older” this time around we have “Extremely old, I wish I were younger”. Can you guess where we’re going yet?

Using the same UV torch (included with the purchase) the 2022 edition fluoresces to reveal a 2015 5 year old Ardnamurchan. It’s still as neat as it was last time around – however I will say that there’s rather less shock and awe in finding out that something is substantially younger than implied as opposed to the other way around. But then again, that’s part and parcel of the wider conversation that needs to take place around whisky and our collective kowtowing to big age statements.

Anyhow…This TWE exclusive Ardnamurchan release of 1,600 bottles has been created from 3 unpeated 1st fill ex-bourbon barrels and 2 peated ex-oloroso hogsheads. It’s delivered at 53.2% ABV and will set you back £74.95 from the Whisky Exchange’s website and in stores from 9am today.

Last year I questioned how many would purchase the April Fool release without the information revealed by the UV torch – and whether there would be a deluge of sales immediately after TWE revealed the specifics of the whisky – a 30 year old at £150 wasn’t, and certainly still isn’t to be sniffed at. But this release is an altogether different proposition having had the age-statement equation effectively reversed.

This release is half the price and therefore will fall more easily into a wider number of drinker’s budgets. However, at the same time it’s 1/6 the age and by and large falls reasonable into what you’d expect from an exclusive release via Adelphi’s Highland distillery. Does offering an initial mystery for current market value have the same allure as something that’s seemingly a bargain? Hmmm.

Nose: Vegetal peat smoke is both earthy and also musty with barnyard. Nearing dirty, but not quite. Everything is enveloped by expressive fruits – both orchard and stone – with a medley of fresh, gels and jellies. Rich tea biscuits and tart cases sit alongside gentle pepperiness whilst wet shingle provides a backbone of alluvialness. The addition of water reveals apple strudel, scattered berries and additional farmyard notes of haylofts.

Taste: Fruit, cream and smoke. Apple juice and yellow Jolly Rancher candy join wood smoke, burnt leaves and smouldering vegetation. Shaved chocolate, toffee and crushed cashew nuts follow together with a gentle scattering of raisins. Steely minerality transforms into overt salinity whilst pepper and cinnamon are expressed alongside palpable char. Reduction adds considerable sweetness – candy canes and refined sugars – whilst dialling down on both the smoke and the minerality. It’s quite the different character.

Finish: Quite long with burnt toffee and asides of sweet apple slices.

Whilst this TWE exclusive doesn’t belie its age, it does reinforce the quality of the distillate being produced on the Ardnamurchan Peninsula. The split between unpeated and peated distillate together with the combination of bourbon and sherry casks feels entirely in turn with the distillery’s intended character. As such, those who have already enjoyed Ardnamurchan releases will doubtless enjoy this one. Whilst far from the potency of some of the high 50% releases I’ve sampled to date, the ABV here demonstrates admirable restraint – not too low as to feel abated – but not to high as to reduce the expressiveness of the spirit's character. Not the slam dunk ‘great deal’ that was 2021’s April Fool – but a very good release nonetheless.

I’ve got a veritable smorgasbord of Thompson Bros. releases on my sample desk to wade through (sorry chaps – I’ll get to them soon – promise!), but in the meantime and also being released today is a TWE exclusive Thompson in the form of a Speyside Single Malt 1989 32 year old.

What is it I hear you ask?

Don’t know. TWE don’t know either, and nor do the Thompsons.

As best as everyone can tell, this was earmarked as blending stock and was re-recked into refill ex-bourbon for four years before being bottled last month. However, with secrets comes opportunities and this venerable mystery Speysider is being offered at a cost of £199 via The Whisky Exchange website. Not too shabby considering the price that could (would?) have been charged were the producing distillery named. There are 255 bottles from this particular refill barrel (note that the original casks were re-racked) and they clock in at 51.3% ABV.

Taste: Wonderful texture. A real weight delivery of oils and waxes that helps translate vibrant fruitiness from oranges, tangerines and mirabelles. Jellies, gels and candies offer additional sweetness, lime sharpness and sour apples provide a wonderful balance in terms of preventing things from going too far down the saccharine route. In the background, a tingle of white pepper and char tempered by toasted almonds and desiccated coconut. Water retains much of the weight of the spirit – there’s still plenty of mouth cling and coating. It offers white grapes, nectarines and again a developing underlying grassiness.

This might have been destined for blending, but boy should we all be glad that it’s been rescued and bottled up ‘as is’. This is everything you could want from a three decade+ ex-bourbon Speysider – marvellous expressive definition coupled with pin-point cask integration which feel harmonious at all times. It might lack the allure of being from a named distillery, but the quality is unquestionable.