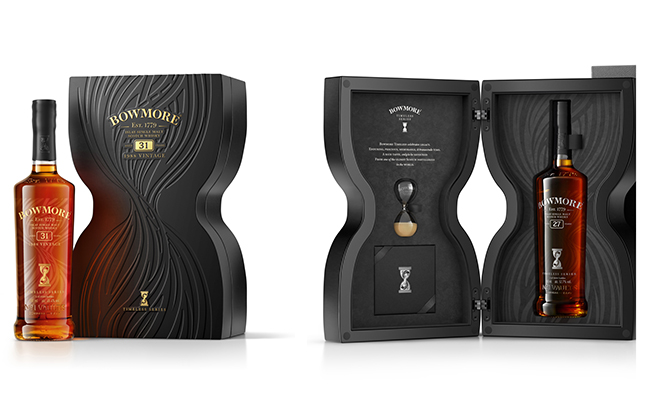 The relationship between whisky and time is far deeper than a fleeting insta of an expensive closed bottle elegantly posed next to an equally expensive watch. Time has a bearing on every aspect of whisky production. From the seasonality of barley in terms of its planting and harvesting to the production processes employed within distilleries themselves. The length of sparge, the period of diacetyl rest for the grains, the lag and multiplication phases of yeast, the duration of distillation and its resulting cut points (often dictated at many sites purely by time alone). And of course maturation. But whisky is not immutable - its practices, processes and even pleasures are altered by and with the passage of time.

Regardless of the industry’s repeated proclamations of consistency, variance is inherent. And variance over time is endemic. Whilst it is the role of the blender to attempt to align all of the elements into the harmony of a single product – the facets of this product’s composition *will* change over time. Over the course of a decade or two, variances in production regimes, different cask sources and changing consumer tastes (to name but a few) will necessitate that whisky doesn’t and cannot stand still against the certainty of the passage of time. Whether it be ingredients, methods or drinker’s preferences, what was then simply cannot be now. And through that forward movement – slower for whisky than many other industries – but nevertheless always forwards – comes the notion of the liquid time capsule.

Whilst the world outside of a bottle of whisky moves on, proper storage assumed, inside the glass, time can in a manner, stand still. The liquid of today, tomorrow. There’s a constant allure to exploring the labours and visions of the past – art, antiques, books, scientific method….And similarly, spirits too can be enjoyed generations after their conception. Who wouldn’t be interested in smelling and tasting something (we’re assuming its pleasant) that was conceived and created before they were?

But the notion of whisky being time capsule can be a dangerous conceit. It results in the spirit of today being considered far more finite than it actually is – and in countless bottles destined to remained closed as mere snow globes as opposed to fulfilling their original destiny as a consumable product. Thought that too has changed with the advent of bottles which have been invisaged and conceived at the producer side to never be opened.

I’ve mused recently about the knock-on effects in terms of people’s behaviour and expectations of whisky. Time too has had its impact on these impulses. Collectors can be found across all hobbies – it is simply part of human nature to accumulate and covet. But increasingly over the last decade – and especially in my opinion, over the last three years, the attraction to 'time capsule whisky' has grown to such an extend that folks are purchasing almost anything and everything in the belief that it might have some historical significance and ergo value in the future. The whisky loch is real - it just happens to now be located in people's garages and lofts.

However, there are reasons that some bottles are far more sought-after than others - and these reasons much more reflective than simply how old (in terms of its creation point) a whisky is. A bottle of Bowmore 12 year old from today is not going to worth much more than you paid it in twenty years’ time. Indeed, when inflation is factored in over the period, I dare say it’ll likely be worth less. Stop hoarding standard bottles of whisky - you're barking up the wrong tree.

But certain bottles can command considerable sums of money – and/or have status as desirable purchases – irrespective of how long ago they were created (granted the passage of time onwards only seems to currently add additional value). Bowmore’s from the 60s are regularly lauded – not just because the 1960s was a long time ago – but due to a perception that this was a purple patch in the distillery’s production. A golden period of quality spirit. I’m certain that there will be others that manifest themselves in the future. You absolutely can see how trends and periods of time become synonymous with certain whiskies – mid-90’s Clynelish anyone?

But in some ways, enthusiasts can be quite unreasonable with the passage of time. On the one hand they extol older bottlings – but on the other, they depreciate what they see as modern-day variances in production. You can’t have it both ways. And I’d argue that older bottlings are far more variable than their modern-day incarnations. The grass may or may not have been greener in the past, bur regardless, enthusiasts must always look forward to different shades of green throughout their whisky journeys.

Today’s review twosome are part of Bowmore’s new ‘Timeless Series’ – a catchy name, designed to celebrate the legacy of Islay’s oldest distillery. And yet, despite just four years of age between these two whiskies – they couldn’t be more different. Unmoved by time? Perhaps not given their divergence – but certainly at least one of them has a profile which has become infamous with the character of the distillery’s spirit produced at the time when the casks which were used to create it were filled.

Bowmore’s 27 year old ‘Timeless’ release is composed of ex-bourbon and ex-sherry casks that were matured for 15 years, before being move over to oloroso butts for a further 12 years. It is not clear (I should have asked!) whether the ex-bourbon and ex-sherry casks were vattted together before this long finishing period – I’m guessing they likely were.

The release consists of 3,000 bottles at an ABV of 52.7% and comes in at an RRP you might expect for older, extravagantly packaged Bowmore - £1,500 a bottle. Likely a blink and you’ll miss it release – allocations at some retailers have already sold out on impact – Bowmore collectors be Bowmore collectors!

Nose: Satchel leather, hessian and oily rags together with floral but highly earthy peat influence. It’s unmissably Bowmore from the get-go. Balsamic adds sharpness whilst delicate, but still tarry smoke is joined by pine needles, anise and cinnamon ball heat. Running throughout – polished mahogany – old and austere, alongside burnt honeycomb and BBQ briquettes. Water offers a residue meatiness with roasted ham, together with reduced and jammy blackberries and asides of coastal rocks and sandy beaches.

Taste: Soft and pliable on the arrival with old resinous oak providing plenty of body and joined with blackberry cordial and scattered wild berries. Leather seat covers and liquorice sit with felt roofing and tarmac whilst refined sugars and dark bitter chocolate are offset by dunnage earthiness, tingly white pepper and metholated oakiness. Reduction here isn’t by any means required – it drinks well at 52.7% - however the results are nevertheless thought-provoking – a fruitier outlook with griddled peaches and roasted apricots, alongside spent espresso ground, dusty library shelves and high mineral content.

Bowmore Timeless 27-year-old is a dangerous pleasure of a whisky. At over £60 a dram it’s absolutely the sort of whisky that comes jam-packed with expectations and price/brand biases pre-loaded. And honestly, it’s not really designed for me – or likely for hardly any of you reading this either. Profile-wise it is unequivocally Bowmore, and ably straddles deep, dark and brooding character with an elegance and poise that one would frankly expect of a whisky this statute. Lovely. But then you'd expect nothing less.

The older edition of the Timeless series is destined for travel retail - which hopefully will be an area of the industry which comes back to life over the course of 2021 and onwards. The drop in global travel has seen this lucrative part of the market virtually put on ice for the past 12 months. Where some airports, particularly those in certain cities in APAC, would have been ringing with the sound of tills and credit cards, sales are currently in the sort of slump which would have any distillery rethinking its market propositions.

The expression has been matured in ex-bourbon for 29 years before being finished in Spanisk oak matusalem sherry for an addition 2 year period. Matusalem is sweetened oloroso or oloroso dulce (cream) style of sherry. It is aged for at least 30 years on average with the additional sweetness deriving from an addition of Pedro Ximenez.

Nose: Leading on tropical fruits – griddled pineapple and guava alongside balled honeydew melon – before well-polished oakiness and clearly identifiable Parma Violets are supported by an alluvial quality from shingle, putty and clays, Smoke is but a memory here – a long extinguished beach fire and selection of old, medicated sticking plasters. Resinous wood and pine are joined by citrus zest and rich tea biscuits. Dilution expresses a selection of coastal florals – lavender and sunflower on chalky/limestone cliffs. It’s mineral, but it’s also rather crushed aspirin in character.

Taste: Uttered on the nose, but thoroughly saturated into the very heart of palate is the “floral flavour that divides the nation”. FWP runs throughout – sweet, perfumed and with a sherbet chalkiness. Rosewater, dried mango slices and syrupy orchard and stone fruits provide a backbone – supported by lemon sugar, charred staves and a briny water. Smoke is exceedingly tender here – little more than hot coals and spent tobacco. Reduction is frankly ill advised is you’re already struggling with the strong Parma violet character – it results in a full expression of floral, near soapy character and bitter ground tablet mouthfeel.

A completely divisive whisky, but one which is undisputedly well-made. But whether you’ll actually enjoy it will largely come down to your predilection (or not) for potent Parma Violet/near soapy character. I’m strangely in the middle of this debate and pretty indifferent to it – neither seeking it out, nor disparaging it either. You will more than likely fall on one side or the other. It’s worth highlighting recent releases from indy bottlers such as Atom Brand’s Fiona Macleod and Elixir’s Islay Violets – similar ages, similar profiles, but at 1/3 the cost of this OB.

As time periods go, this one was pretty (in)famous for Bowmore - and this Timeless Series release captures that moment in liquid form perfectly - for better or for worse and with a stiff sticker price attached for the privelege.