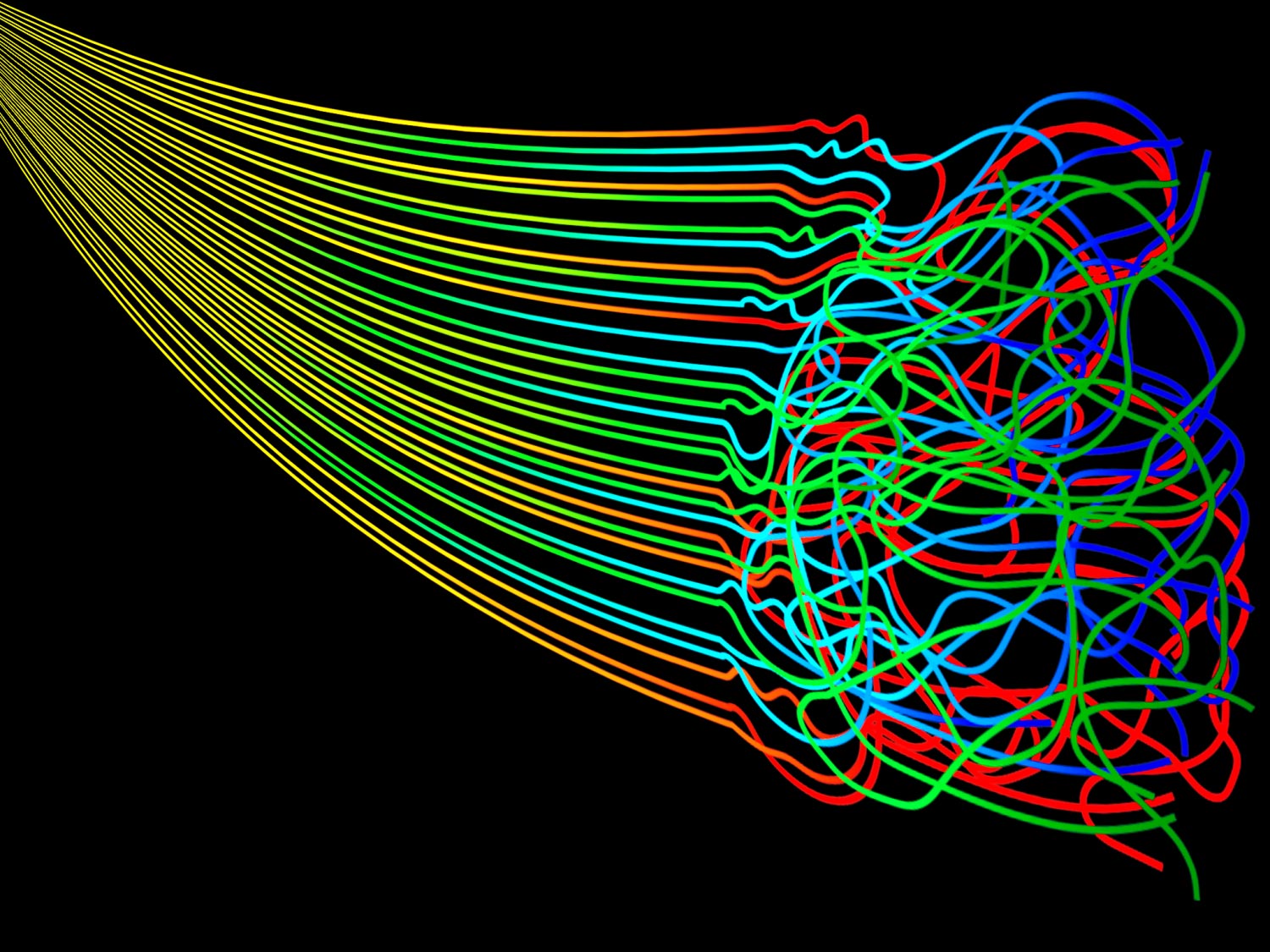 “We only bottle at the peak of perfection”. How many distilleries and bottlers have you heard using a phrase similar to this one? The suggestion being that whisky has a right and a wrong time. That it’s a difference between being immature and mature. Of being 3rd class or 1st class. But there are countless problems with making sweeping statements about levels of maturity. For starters a *lot* of whisky is sold at a younger age than it could be. But more broadly, maturation is far from linear and a wealth of whiskies showcase entirely different characteristics at different ages – none being necessarily better or more ‘peak’ than the others.

“We will sell no wine before its time” was one of the earliest examples of this trope being used for marketing purposes. Delivered in dulcet tones by Orson Welles who represented Paul Masson Winery (now Mountain Winery) from 1978 to 1981, the Californian producers’ TV commercials became near legendary when a bootlegged outtake was circulated featuring an inebriated Welles struggling to deliver his lines, but at the same time demonstrating his clear acquaintance to the product. Whilst the series produced countless parodies over the next 20 years, and marked the steady decline in Welles’s career, the notion of 'the right time' has nevertheless stuck around in the booze world.

Unlike in wine where customers are frequently persuaded to purchase age-worthy bottles, take them home and stash them in their climate-controlled storage units – only to have to actually remember to bring them out when the time is right – whisky in bottle is a done deal. Barring old bottle effects and/or poor storage, what you got is what you get. The supposed peak maturity has already been reached. The distiller/producer has decided that for the customer already.

Wineries sell less mature bottles for customers to age because time is money. Few sites are large enough that they can completely ignore the cost of storing bottles or barrels indefinitely. And as such a raft of wineries have developed over the years who specifically tailor their products for drinking younger – where that notional peak is earlier.

The same situations are arguable true for whisky producers – storage is not infinite. And newer distilleries are toying with a wide variety of production techniques which allow them to bottle their spirits at a younger age without necessarily diminishing the overall levels of perceived quality. Of course, drinkers will always remark “this needs a few more years” – though usually only when pre-informed about the age of a liquid – but nevertheless this facet, when combined with the ever diminishing stocks of older whiskies is seeing a market where drinkers are imbibing ever more youthful bottlings.

Would you argue that these whiskies have peaked early? Perhaps. Time will tell whether these highly tuned new spirits can be adapted (refill wood!) for longer maturations. But regardless, one should be wary about generalisations. Taking today’s review trio under the spotlight – whilst these venerable Laphroaig’s all arguably possess high levels of maturity, there’s plenty of demand in the market younger examples. The iconic 10 year old. Or large numbers of fiery, potent ‘Williamson’ bottled even before the age has hit double digits.

Where is the peak here? Is there only one?

I’d argue not. Whilst some alcoholic drinks do indeed possess a tightly bound timeframe for maturity where the product can shift from underdone to overcooked quickly – countless whiskies can be considered to have both peaks and troughs throughout their maturation journey. And these vary by spirit style, cask type and personal preference. What might well work wonderfully at 8 years of age, could equally work well at 18 and 30 – just in very different ways in terms of the balance between the spirit and the wood and the characters which are exhibited as a result.

You can never take maturation back. It’s a one way street. And it is most certainly possible for a whisky to end up past its best if left unattended in an overly active cask. But nevertheless, I tend to think about maturation in terms of mountain ranges that possess a wide range of crests, spires, troughs and nadirs. There are many maturation summits to climb over the lifetime of a whisky  – and once reached they can all offer very different views.

Bottle Name: Islay Single Malt 1990 Bottled for the 15th Anniversary of The Nectar

Popular Belgium-based importer The Nectar was founded in 2006 and celebrated their 15th Anniversary last year with a raft of special release bottlings – I’ve seen Compass Box, Port Askaig, Blackadder, Arran and Wolfburn alongside Daily Dram (Nectar’s own imprint) Benriach, Craigellachie, Clynelish and Hampden rum. Included in the celebratory line-up was this 30 year old Islay Single Malt from Thompson Brothers. Drawn from a single hogshead laid down in 1990, this cask produced 250 bottles at 49% ABV.

Taste: Decidedly oily on the arrival and offering preserved lemons, almond biscotti, lime tartlets and golden cereals before a deep translation over to mineral and lamp oil, sack cloth, brine and langoustines – supported by a swirling mist of wood smoke, antiseptic, mentholated oak and age-old char. Reduction pushed salinity up the flagpole whilst adding smoked fruits (apricot, peach and pineapple) together with herbal tea and residual sootiness.

Finish: Long with smoked fruits supported by the triptych of polished oak, salinity and citrus.

There’s delightful character here from start to finish with well-aged, polished fruits joyfully intermingling with the smoky heart of the whisky, which is still very tangible - particularly on the palate. Forcefulness vs. subtlety. Elementalness vs. elegance. Vibrancy vs. depth. All unions which are highly appealing. Fab stuff.

The larger number of bottles (464) should give you a clue what’s going on here. Two refill barrels of 1990 Islay Single Malt have been combined before being bottled at 49.3%.

Nose: A touch narrower than its 1990 30 year old cousin. Carbon paper and deep medicinal peatiness from antiseptic and treated bandages (quite a fabric-y undertone to this one) join preserved lemon and a seasoning mix of both salt and pepper. Stone fruits linger in the background together with liver salts. Dilution broadens things considerably – resin and sap, peach, pine cones and graphite oil alongside sea buckthorn. Indeed, far more appealing for my predilections when taken down just a little notch.

I admire the single-minded, tightly controlled landing of this 31 year old southern Islay-er. However, as delivered, the focus on lemon and minerality is just too dominating for my taste. This said, dilution works wonders here – and there’s more than enough well-aged body for the whisky to be able to take it and not lose its sense of shape or weight. Water is really freeing here – broadening the expressiveness and better reflecting the qualities that 31 years of maturation should bring. Scored in the round – you could take several points away for the ‘as bottled’ version.

Home Needs Wine and Spirits (better known as HNWS) is an independent bottler located in Taoyuan, Taiwan. This Thompson Brothers release of 263 bottles comes from a 1991 cask (refill barrel?) and is delivered at 50.2% ABV.

Nose: Highly polished with melon, gooseberry, sharp grapefruit and sweetness from pineapple intermingling with brass piping, lacquered oak panelling and puffs of menthol. Smoke is faded and shaded – a combination of mineral oil, paraffin, hot coals and dry wisps of earthy medicinalness. As calm and as controlled as you’d expect from three decades in cask. Water adds vegetal/herbal notes with pinecones, reed and ferns alongside hay and wild honey.

Taste: A super progressive development here. Opening on oils and greases before revealing the polished and honed character detected on the nose. Then we’re into salt/pepper/char alongside greengade, gooseberry and limes before heading into eucalyptus, Vicks vapour rub, coal smoke and souring charred oak. Reduction here makes me smile. Fruits and ‘greeness’ apples, kiwi and a creamy almond (not quite Durian – but heading that way) before a selection of ointments, creams and a spoon of briny water.

Finish: Long with dry smoked oak sitting with citrus oils and both salt and pepper.

There’s lots happening here – particularly when reduced. A keen counterbalance between sweetness, peat and age is operating at all times – whilst an array of worthy asides and nuances offer considerable depths to explore. It’s not as immediately alluring as the 1990 Edition the Thompson’s bottled for The Nectar, but of all the three 30+ year old Islay’s I’ve tasted today – this is the one I’ve spent the longest with. And that says something.