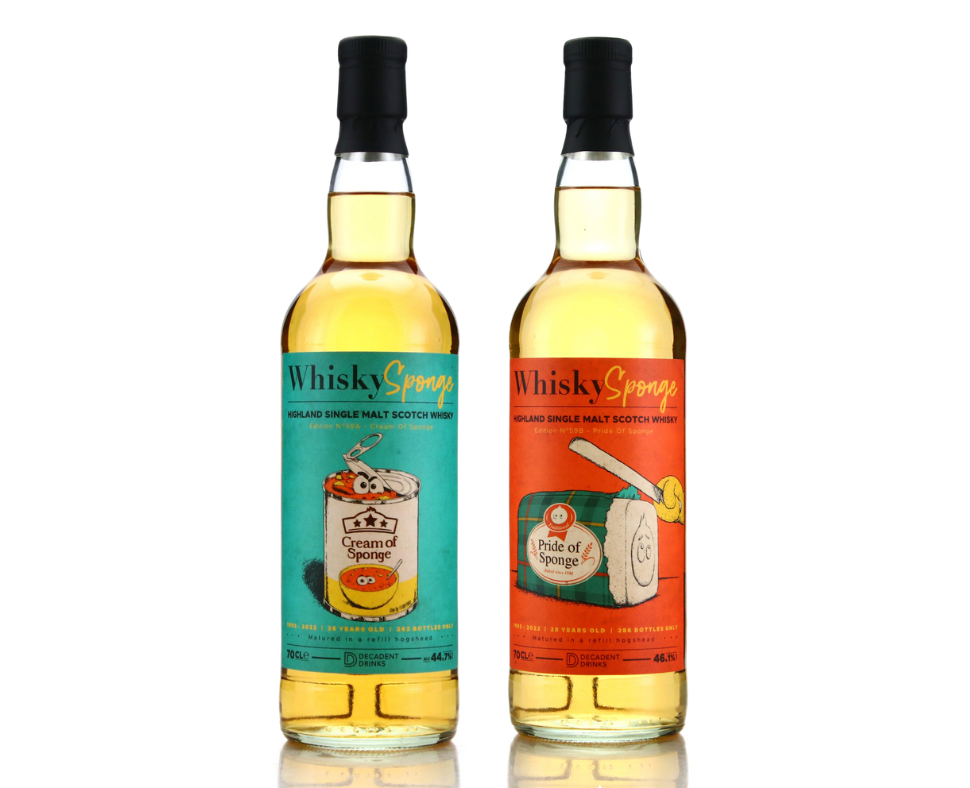 Despite the staggeringly broad compositions that are possible when combining multiple, sometimes disparate casks into a single, unified expressions – the attraction of whisky geeks to single casks is as predictable as moths to a flame. It matters not a jot how many pieces are penning championing either the necessity or the art of blending – the perceived ‘purity’ of single cask whisky is just as, if not more, revered than it has ever been. And there are times when I find it a particularly odd state of affairs to see enthusiasts venerating whisky makers, but at the same time clamouring for bottlings with the least amount of intervention from them.

Perceptions around the relationship between quality and authenticity are steadily changing. And there’s a growing sub-set of the whisky community who ardently believe that quality can only be reflected through an authenticity that is wholly underpinned by label transparency - I.E. non-chill filtration, natural colour, cask strength and age statements. All well and good – I certainly don’t disagree with the fundamental principle here. However, the extension of this rubric – particularly when coupled with an insatiable demand for single casks - presents problems for producers, bottlers and drinkers alike. Whilst every cask can (and should be) bottled as transparently as possible - there’s only a small portion of the overall volume of casks that actually do exemplify the highest qualities.

Not all whisky is at its best when presented ‘as is’. Indeed, a lot of it is humdrum and/or run-of-the-mill. That’s OK. A whisky being just fine – is fine. However, at the same time a ‘just fine’ whisky should not be venerated simply because it falls within the current definition of ‘integrity’. Bottling dependably, trustworthily and openly is unquestionably imperative to safeguarding the future of the global whisky industry - but doing so, does not at the same time change the pre-eminence of what is in any given bottle. Just fine is still just fine, irrespective of age, bottling strength or single cask status. You should seek out authenticity – not be blinded by it.

Ultimately, the quality of any given cask can be thought of along the lines of guided serendipity. Producers shepherd the characteristics of the spirit through the production and maturation processes using their knowledge and skill – but the final result is still influenced by happenstance. Where one cask will be excel, another will be sub-standard. The variables are near endless. The size and provenance of the cask. The precursor liquid of the cask (and the character and provenance of that). The maturation environment – and the cask’s relative position within that throughout its journey. There’s absolutely no guarantees that any single cask will turn out to be remarkable.

Given this, the art of the single cask is in its selection. And this is not as easy as you think it is.

It seems reasonable to believe that the selector would simply pick the best one. But what does ‘best’ mean? In most circumstances selecting a single cask based purely on personal preferences is a grave mistake. Of course, preferences have to play a part – no one wants to bottle something they don’t actually enjoy themselves. But at the same time, there needs to be a strong grasp of baseline spirit character and that spirit’s likely behaviour once outside of the cask – this takes a well-attuned palate with considerable experience.

Whilst some distillates (I’m looking at you Caol Ila) are almost guaranteed to work in any given environment – others are far more awkward – particularly those whose makeups are usually destined for blending stock. So, whilst there is certainly significant freedom for selecting whiskies which either typify their distillery character or which offer something tangentially different – the person picking needs to understand what typical and tangential actually taste like. They also, in commercial circles need to be cognisant of the market – both its timeless desires and its more transient whims.

Regardless of picks and perceptions - if you spend any amount of time with a particular distillery’s inventory you will likely be awed by the levels of variance which can occur. Often these differences are explainable – different ex-bourbon sources or different fill dates for instance. But other times, the contrast is near mythical – nothing but a stows different between two identically filled, identical casks and yet their concurrent maturation could not be more contrasting.

Irrespective of any sensitivities around authenticity, it’s the unexpected uniquenesses that drives the continued enthusiasm for single cask whiskies. If they all tasted the same, it wouldn’t matter how transparently labelled they were. Dissimilitude is the endearing delight.

Today’s duo from Whisky Sponge offers up an ideal environment for a single cask compare and contrast session. Both Cream of Sponge and Pride of Sponge hail from a 1993 distillation and refill hogshead maturation at a mystery Highland distillery. Whilst it is not suggested that these are perfect sister casks – nevertheless any divergences in profile are likely to have broadened over the years rather than narrowed - and here we’ve got 28 years of “light touch” slumbering to contemplate.

The labels are of course suitably Sponge-ifed – and whilst not quite Warhol’s 1962 Campbell’s Soup Cans, the low-fi pop art style nevertheless offers suitably old school sensibilities, alongside an altogether depressing look at the future of UK cuisine for those who decide to keep their heating on this winter.

Both bottles are being sold as pair – almost as if Angus is suggesting that you evaluate the two side-by-side. You’ll still find them on the Decadent Drinks website for £300.

I still find it fairly baffling that drinkers will happily snaffle up non-age statement whiskies, sometimes devoid of any specific cask information and yet at the same time snub bottlings purely because the distillery of origin is not named. ‘Mystery’ single malts are streadily reflecting better value propositions (at least in terms of ‘drinking whisky’) as the market willingly pushes itself upwards towards what is increasingly looking like an unsustainable zenith. Regardless, I’ve always enjoyed clandestine bottlings – they stand to challenge perceptions based on taste, not on brand.

Cream of Sponge is an unnamed Highland single malt distilled in 1993 and left to mature for 28 years in a refill hogshead. 263 bottles have been produced at a natural cask strength of 44.7% and are available via Decadent Drinks as part of a duo (alongside Pride of Sponge) for £300.

Nose: Gooseberries, apple peelings and balled melon join touches of olive oil and golden syrup, whilst gristiness (fines) sits alongside cut grass, honeycomb and an a thing veneer of varnish. Time in the glass is most certainly rewarded – Crunchie bars and almost strudel-like quality develop. The addition of water reveals floralness with elderflower alongside traces of chalkiness.

A notably placid refill cask has allowed the spirit character of Cream of Sponge to take centre stage – but whilst some elements give the impression of nearly three decades of maturation, others feel much more green and tender. Certainly highly natural in charisma and appeal - though personally, I’m not a devotee of floury qualities within my whiskies, so those who are could add a couple of points here.

Released together and sold as a pair alongside Edition 59A, Pride of Sponge (59B) shares almost identical stats to its Cream sibling – 1993 distillation, 28 years in a refill hogshead and bottling at cask strength. However, this release clocks in a slightly higher ABV (and with 23 more bottles produced) and does indeed offer notable profile differences to its mystery partner. It is still available alongside Cream of Sponge as a pair via Decadent Drinks for £300.

Nose: Sharp and tart green apples together with gooseberries, lychee and asides of mandarin peel. Sheened oak joins a spoon of lemon curd whilst golden barley develops into French Crepes and freshly baked bread. Dilution moves things toward yellow fruits with quince and Mirabelle joining the party alongside tart cases and a glug of fruit syrup.

Taste: The arrival is soft wax and ink – not quite church taper, but not all oils and greases either. Cooking apples and crystalline lemon join orange zest, greengage and after a time – stewed rhubarb. Alpen (sans milk) and green tea give way to back palate minerality with chalkiness. Water results in a juxtaposition of sweet, sour and bitter – I’d add it sparingly. Machine oils and ink come to the fore texturally whilst teak polish sits with assorted green and yellow fruits that start bright and sugary, but after souring end slightly astringently.

The refill cask utilised for Pride of Sponge feels like it has given just a little bit more over its 28 years than the one used for its Cream of Sponge sibling. Here the fruit-driven distillate is both brighter and better defined. Nevertheless, the cask is still fairly light touch and the result sits on the easy drinking side of the dramming spectrum.