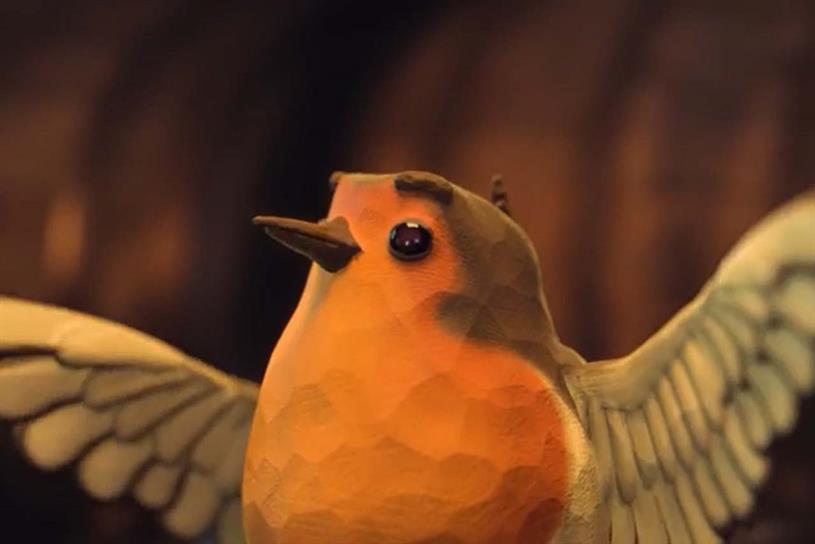 All whisky brands have a personality – regardless of whether anyone has sat down with tea, biscuits and a whiteboard and attempted to define it. We all naturally associate human traits with companies and their products – and the charisma of a whisky can frequently be defined by more than just the tasting norms of ‘nose’, ‘palate’ and ‘finish’. Distilleries, bottlers, brand managers - all want to express a set of characteristics that resonate with their customer base and convey how they wish to be perceived. And customers in turn, through the whiskies that they associate with, champion and regularly enjoy also articulate something about their aspirations and motivations at the same time.

Sincere, imaginative, innovative, responsible, sophisticated – there’s a near endless list of adjectives that whisky brands might consider engendering. It’s the sort of stuff that is music to the ears of a marketer requested to reposition a whisky as less of a drink and more of a lifestyle. But whilst the most dedicated of whisky enthusiasts puts in countless hours investigating the intricate workings of distilleries and particular styles of whiskies – so too is the converse true. Distilleries and brands undertake deep investigations to get to know you – the customer. The result might be new whiskies, new tasting experiences or changes to a distillery’s tour arrangements. But regardless of the activity or campaign, the end goal is always same – increased brand recognition and amplified brand association I.E. you’re buying more stuff.

We all make judgements – consciously or otherwise into the qualities, behaviours and personalities of companies. A whisky tour or a tasting experience can be defined as much by the character of the people leading it as the excellence of the liquid presented. Loyal followers don’t develop overnight – they take considerable effort to nurture. And similarly, not every brand personality will suit the character of every whisky enthusiast. Which is a good thing – there’s nothing worse than everything liking the same things.

At the start of the month, Irish Distiller’s launched what they’ve billed as their largest marketing campaign to date for Midleton’s Redbreast whiskey. And it’s a campaign that draws heavily from notions of brand character and personality by focussing on the whiskey’s eponymous Robin Redbreast.

Following a visual overhaul of Redbreast range in mid-2019 which saw the Robin Redbreast logo illustrated into different ‘flight positions’ across the labels of the distillery’s core range of bottlings - from a standing start on the entry 12 year old through to full flight on the 21 – and then standing again on the recently release 27 year old – presumably because the little fellow is knackered, now Robin features in his own series of animations. 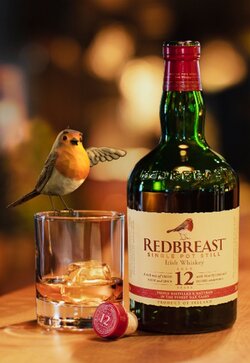 You can view a selection of the Robin featurettes via the Redbreast YouTube channel. Described as “elevating Robin Redbreast from the icon of the brand to the voice of the brand” the animations are light, charming and with a very specifically selected style and colour palate – more than a coincidental link between the hue of Robin’s breast and the colour of the whiskey itself.

Creating a memorable advertising campaign is far from easy. And whilst everyone knows not to work with either animals and/or children, brand mascots can be equally fraught – particularly when it comes to booze. Cute character’s on cereal packets are one thing – but don’t expect to see Midleton Robin Redbreast plushies anytime soon – although god knows there’s plenty out there to choose from already.

As such, it feels entirely appropriate that today’s reviews are drawn from across the Redbreast range. Indeed, they plug some unintentional gaps in The Dramble’s coverage of the brand’s core range – having already put pen to paper on the 12 year old Cask Strength and 21 year old. Review samples were provided by Richmond Towers on behalf of Irish Distillers. Stay tuned for next week for more pot still wittering’s when we’ll be delivering you our thoughts on the recently released Redbreast 1989 30 year old port finish bottled exclusively for The Whisky Exchange.

The entry point of Midleton’s Redbreast range is a triple distilled pot still (malted and unmalted barley) whiskey matured in a combination of ex-bourbon and Spanish ex-oloroso sherry casks and bottled at 40% ABV. It’s a very well-known expression – even outside of dedicate whisky enthusiast circles. And rightly so – its price-point puts it firmly into the profusion of gateway whiskies – many of which offer value, but little in the way of notable excitement. As of writing you’ll be able to pick this up from Master of Malt for £44.95.

Nose: Yellow and white fruits throughout – ripe honeydew melon, tinned apricots and dried peach slices. Floral honey sits with leafy greens and dusty vanilla whilst a heady mixture of ginger and cloves is joined by nut roast and a dash of rapeseed oil.

Taste: As thickly textured as 40% ABV is likely to deliver – velvety oleaginousness and walnut oil on the arrival. Marzipan sweetness is immediate, followed by soft caramel chews and ginger and clove spiced block toffee. Touches of oloroso sherry influence push through – assorted red berries – both fresh and jammy. Green oak and grassier notes arrive on the back palate alongside chocolate and acrylic glue.

Finish: Medium with tinned peached and apricots dusted in dusty baking spices and livened by a twist of candied lemon peel.

As an entry point to the distillery’s wider range, I find Redbreast 12 year old to be a totally convincing offering. It is an easily recommendable bottling with all the traits one would expect of high-quality trad pot whiskey. There’s plenty on offer for 40% ABV and even more so at the sub-£50 price point. If you were drawing up a list of five ‘essential’ Irish whiskies to stock a bar with I’d be stunned if this didn’t make your list.

Introduced in 2016, Redbreast Lustau Edition offers a sherry finished spin on the pot still favourite. Initially matured in American and European (about as non-specific as you can get) casks for between 9 and 12 years, this is finished in first fill sherry from Jerez-based Bodegas Lustau for an additional year. Bottled at a higher ABV than the entry 12 year old – but if you look around, often available at a similar pricepoint. Master of Malt will currently sort you a bottle out for £45.90.

Redbreast Lustau Edition presents with plenty of distillate weight as well as (expectedly I guess) plenty of sherry influence. It’s rich, fairly opulent and entirely pleasantly composed. And yet I still prefer the ‘naturalness’ of the 12 year old - irrespective of the improved body and sweet treats that this amped up iteration presents. I’ve nothing against a good whack of sherry when it’s at home - but here the result of the finish masks some of the fruity qualities of the underlying spirit. Qualities which I believe are defining of the Redbreast character. Undeniably tasty - but for me - a little heavy handed.

The second ‘rung’ in the Redbreast age statement range (which consists of 12,15,21 and a recently added 27 year old), the 15 year old is a triple distilled pot still whiskey matured in a combination of first fill and refill ex-bourbon and ex-sherry casks. Bottled at 46% ABV you’ll need to dig a little bit deeper than the 12 year old for this expression – around 50% deeper - £75.95 at The Whisky Exchange as of writing. The price bump over the gateway bottling is understandable – there needs to be some advancement to reach the dizzy heights of the rightly lauded 21 year old -  but nevertheless at this asking price, the bottling sits at the more expensive end for whiskies of this age.

Taste: Distinctively ‘fatty’ with plenty of polished oak and sweet fruity character on the arrival. Peaches, gooseberries, orange zest and dusty tropicals sit with toffee and fudge, whilst ginger and cinnamon spices envelop the palate. Earthy pepperiness with touches of salinity – oddly akin to seasoned aggregates – are joined by light touches of menthol, beeswax and progressively drying oakiness. Reduction offers an interesting change in composition with toffee and butterscotch notes in the front palate and fruitier cues pushed to the back – but as with the nose the composition sings more clearly when left in its natural state.

Finish: Medium to long with peppy ginger and peppery spices alongside drying oak – tempered with creamy vanilla custard. Water reduces the finishing length – from a linger to an abrupt close.

There’s a logical progression from the ‘entry’ Redbreast 12 year old through to this higher strength, older sibling. It’s deeper, richer, weightier and in many aspects more intricate – but still quite clearly derived from the pot still DNA that defines the entire range of Redbreast whiskies. Peas in a pod. And yet I’d still likely reach for the 12 year old. Just.