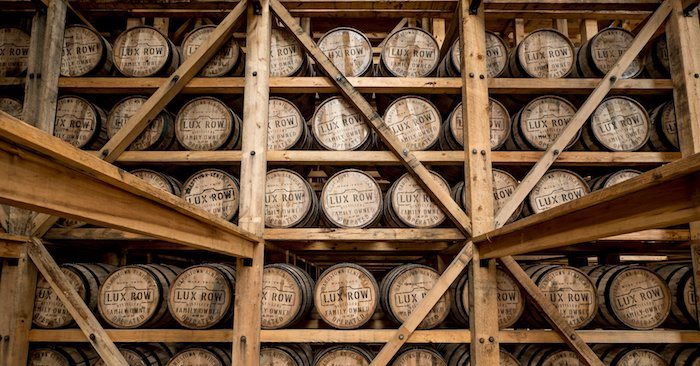 “Let me tell you what you should have done.” Despite developing a comparatively thick skin over the quarter of the century that I’ve worked within marketing and PR - armchair experts who assert their knowledge of my specialism based on little more than a brief attendance at the university of life, never fail but to piss me off. I don’t tell IT developers how to solve technical problems. I certainly don’t tell medical professionals how to diagnose illnesses (despite science coming under continued threat from uneducated opinion). And yet these same, usually highly intelligent people regularly join the ranks of a seemingly endless stream of neophytes – all eager to proclaim how much they know about whisky marketing. All hail Wikipedia.

Whilst the Internet certainly exacerbates Dunning-Kruger effects (of being ignorant to your own ignorance) at the other end of the spectrum there are those who believe marketing and PR to be entirely pointless exercises. Or at the least for the disciplines’ activities to be supernaturally responsible for adding zeros to product prices – either through their underlying costs, or because ‘deploying the marketing bods’ simply satisfies the pre-flight checklist for jacking up prices.

“I’d rather have the bottle at a cheaper price without the unnecessary marketing”. Is uttered all too frequently. And is deaf to the concept that without the “unnecessary marketing” how would anyone be aware of the bottle’s existence, let alone be tempted into purchasing it over and above a different product? The notion is also gravely mistaken as to how much of a reduction you might expect on your bottle price were the costs of marketing and communications removed from it. The idea that firing us marketeers will result in a return to early 90s whisky price utopia is a pure and utter fiction.

Promotion and engendering a positive reputation are fundamental to whisky being able to continue to tell its story. If no one knows about it – no one is going to be either interested in it, no one will invest in its future, and no one will buy it.

That story needs to be both compelling as well as adaptable to a multitude of different audiences. Whilst you might be perennially fascinated by the intricacies of yeast flocculation (and good for you – me too), many others possess a strong affinity for whisky’s emotional appeals – the romance of dramatic landscapes, the remarkable generational knowledge transfer – or even just a label that strikes a long-forgotten chord.

Before the advent of the Internet, whisky promotion was a far simpler affair – and it primarily employed two techniques – advertising and tastings. Whisky ads have enough to say about that they deserve another separate piece, but tastings by and large have not really changed in format over the decades. Whilst nowadays there might be a few more cocktails and far less 90s PowerPoint (it was a new thing back then) – the activities and goals are still the same – taste some nice things, engender brand loyalty and sell some bottles. Simple and effective. But the storytelling – be that emotive or technical - that goes alongside tastings is comprehensively different to what it was 30 years ago.

The arrival of the ‘information superhighway’ (sorry Tomorrow’s World that one never quite stuck) and the creation of the whisky show (just after the turn of the millennium – these larger events are a relatively new invention) – both led to a contraction in the number of in-store tastings and a move out of the brick-and-mortar stores to larger expos – and of course online. Whisky marketing changed. And whilst there were many more tools in the marketeer’s toolbox with which to reach budding consumers, there was also social media to content with – and a new contradiction where purchasing was arguably less based on tasting, and more based around reading/view digital content. Influencers. God damn influencers.

Many moons passed and then the needle slowly started to swing back the other way. The sheer volume of choice that consumers are faced with nowadays necessitates that brands offer as mixed a selection of promotional activities as their ranges – and these can be seen to cover the gamut of experiential, personal, digital and taste. After years of relying too much on digital communications brands have recognised that in order to thrive within a world based around choice – that the way whisky is presented and communicated to consumers is vital. Different strokes for different folks. And there are now many different folks – with a huge variety of needs, wants and budgets.

And so, when you see a message that fails to resonate with you – and before you parade around your imaginary marketing credentials – consider that it is entirely possible that you were not the target audience for said message. You might find lifestyle-based communication to be unnecessary window dressing – but nevertheless it is still vital for whisky to continue to broaden its appeal to a wider base customer. Similarly, a very casual whisky drinker might well be put off by the intricacies of the technical side of whisky’s creation as a starting point to their journey into the spirit. Of course, there is no one size fits all - the correct approach is whichever resonates best with a particular audience and thus achieves the objective of raising the profile and sales of that particular whisky.

Despite the naysays, whisky marketing is neither easy, nor is it superfluous to the greater goal of broadening the appeal of the spirit. You might still think of us marketeers as insidious and malevolent – but I’d argue that we’re a very necessary evil.

Today’s review segment is part of a wider marketing effort for Lux Row. A number of whisky writers have been asked to pen some thoughts on two new releases (Ezra Brooks 99 and Rebel 100 bourbons) and to post them concurrently this morning – thus creating something of a ‘thunderclap’ campaign where everyone’s social media is awash with Lux Row content. It’s a tried and tested technique.

Outside of the promotional concept, today’s flash blog does present an interesting comparison point – both in terms of how writers approach their reviews of the same liquids (which paraphrase the Wikipedia entry for Lux Row and which spend the time to create some original thought) and also with regards to what will surely be a divergence of taste.

We can’t all like the same things – and as with any form of reviewing, your best bet in terms of judging where you spend your reading/viewing time is to focus in on those whose views and palates most closely relate to your own. A flash blog offers you the perfect opporunity to make that decision.

Launched in January of this year in the US, Erza Brooks 99 can be seen as something of an auxiliary for the Old Ezra 101 7 year old which was discontinued in 2018. Whilst nowadays 100+ proof whiskies are a common sight; it was not all that long ago that they were much fewer and farer between. As such, established players in the whiskey market recognise that not having a higher strength bottling in your range’s line-up is a sure-fire way to stunt the wider interest in your brand.

However, whilst in the US, Ezra Brooks 99 (49.5% ABV is close enough) scratches that itch for the mere cost of $20 a bottle (where is it marketed as “competitively priced”) – here in the UK the price is listed as closer to £35. Ouch.

Of course, import duty, and the costs of physically importing something are both ‘things’. But at that price, Ezra Brooks 99 is pitched directly against a fair number of well-regarded 100 proof bourbons – Knob Creek 9 year and Small Batch and Wild Turkey 101 all spring to mind. So, less competitively priced and more directly competing.

The bourbon itself is NAS and is sourced liquid – noted online as likely being 4+ years old taken from Heaven Hill stocks. Interestingly and somewhat unusually for a Kentucky whiskey, the use of charcoal filtering has been employed here. That is a point of difference. The mashbill is 78% corn, 10% rye, 12% malted barley, and I’m guessing that the expression will be releasing in the UK shortly.

Taste: The arrival offers caramel first – then a combination of sweet grains alongside souring oak. Maple syrup and biscuit crumb sit with sour cherries and cocoa powder, whilst nutmeg and cinnamon spices are tempered by vanilla nougat. Reduction reveals a more spice-forward palate – both sweet and drying – alongside mixed nuts – walnut and almond.

Finish: Medium in length with dry wood spice, and a clean citrus lift.

Ezra Brooks 99 offers a consistency throughout and with a welcome higher strength for impact. However, it lacks the depth and broadness of other 100 proof whiskies that I would describe as ‘sippers’. At $20 there would be no problems at all mixing this to your heart’s content – and it does indeed stand up well in both an old fashioned and a whiskey sour. But at double that price - £35 – whilst the profile remains accessible, the cost of entry is notably steeper. I can’t help but feel that Lux Row should have undercut the 100 proof market with this, rather than attempted to contend it at the same price point.

The Rebel range has undergone something of sneaky mini-rebrand over the course of the pandemic. It’s still apparently rebellious – just now with less yelling about it. The original version of Rebel 100 – Rebel Yell 100 - launched in April 2019 as the range’s second higher strength wheated bourbon – but at around $25 a bottle, its price point was considerably cheaper than the other expression - the 10 year old single barrel expression released in 2016 and costing $60 at that time.

Rebel 100 is made from a mashbill that includes 20% wheat (the remainder is rumoured to be 68% corn and 12% barley). As a sourced bourbon the barrels likely comes from Heaven Hill’s stocks – and therefore there are likely some casual relationships to Heaven Hills own entry-point wheated bourbon – Larceny. Though side-by-side reviews have noted considerable profile differences between the two, and so it should not be thought of any type of long-lost cousin. There’s plenty of cask variance that’s possible within a distillery regardless of similar/identical mashbills.

Taste: A saccharine arrival of brown sugars, caramel and butterscotch is offset by vanilla-imbued cherries and perky nutmeg and anise cask spice. Toasted digestive biscuit crumbs sit with nut bread whilst cooking apples and steeped black tea develop. Water thins this out quickly, so go sparingly. It adds brandy snaps and a host of cask-led vanillins.

Rebel 100 is eminently drinkable. It’s perhaps more cask-forward than I would ideally prefer, but nevertheless, the distillate character and natural sweetness shines through throughout. The profile is relatively narrow and there’s some hydrophobia here – however there’s also some solid versatility here and the expression would be suited to both drinking neat and mixing. Priced alongside other 100 proof bourbons here in the UK this stands up – though it’s a shame to see such a markup over the great value dollar price for this bottle.