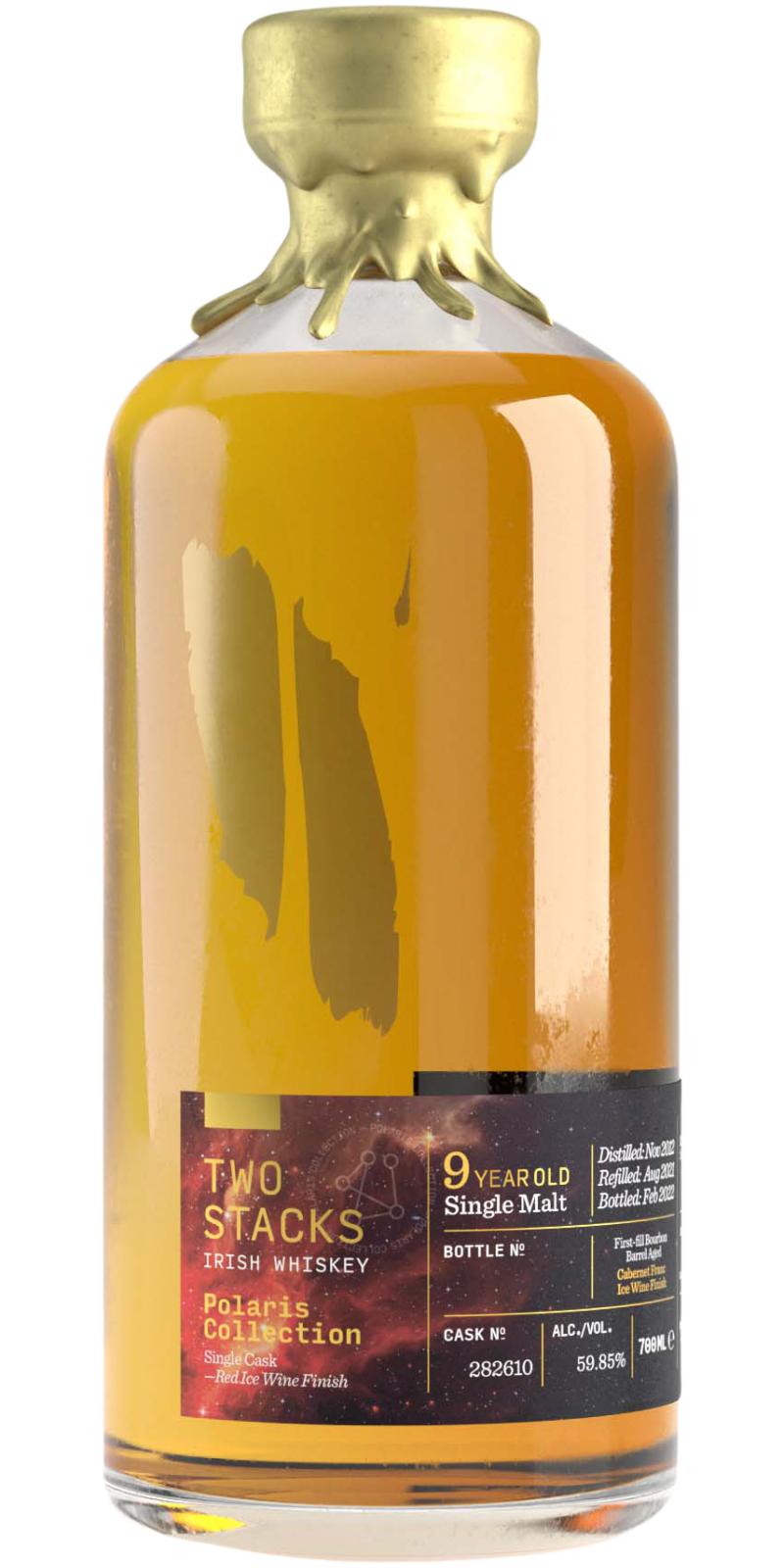 The more time I spend with casks of whisky, the more I find myself equating them to boxes of crayons. It doesn’t matter how many colours you possess – if you mix them all together you’ll end up with a muddy brown mess. Travelling back in time to the early 80s – like many, I put my apparent lack of artistic ability wholly down to not possessing every single Crayola. More colours = better art. Right? Another birthday – and another pile of increasingly ambiguous shades would arrive. Year after year this resulted in no improvement in either my aptitude or my technique, but it did see a growing number of indelible marks appearing across my parents (apparently “prized” – I’m still very unsure of this fact) wooden coffee table. Untalented and unpopular.

Whilst some three decades later acrylic paint is now my medium of choice, and I do own an ungodly number of colours, I’ve learnt (the hard way) that like oh so many things – it’s not what you’ve got, it’s what you do with it.

Possessing a wide inventory of diverse casks opens doors to progressively intricate compositions. However, if those casks don’t lend themselves to being combined or contrasted in harmonious forms  – you’re still going to be left with the same muddy crayon problem. Not everything can or should be combined and there are plenty of casks which, like crayons (green with orange, purple with yellow etc), when mixed will likely clash.

Of my 200 odd acrylics I only regularly use around a dozen. Artists all develop favoured colour palettes. The same is true of whisky creators – the most obvious example being Richard Patterson’s lifelong obsession with every shade of red crayon possible. However, contrasting tones are far less important than the overall definition and equilibrium of any particularly whisky expression – and some use only the most humble of casks to create layers of complexity and flavour. You could think of these in the same way as pencil drawings – despite being monochrome – the potential beauty of such creations should not be underestimated.

Over the same period where my art developed from inadvertent furniture vandalism into something vaguely approaching respectable, the whisky industry has increasingly dallied with ever-broadening cask combinations. And this has in turn piled on consumer pressure for producers to seek out ever more unusual casks for both full term and additional maturations. There’s no problems with that – expanded wood policies are but one facet of the much larger topic that is ‘innovation’.

No my issue with stretching into the darkest reaches of cask styles is that far too often this is being done for the story and sell-ability and not for the liquid product itself. A short, sharp mizunara finish (+£s to the RRP). A champagne cask (what even are they?). Honestly, I nowadays tend to view these things as more akin to confetti pens rather than boxes full of truly congruent colours. All that glitters is not gold.

Nevertheless, similarly to a realisation years ago, that if I wanted to get better at art, I simply needed to practice – the whisky industry has steadily been increasing its adeptness at managing casks which in years past I’d have pegged as being ‘awkward’. And my best example of this is the purple crayon – the dreaded wine cask.

The Dramble is littered with years of verbiage on how difficult I believe wine casks are to use – primarily (but not wholly) due to their propensity to add tannins upon tannins. Purple is a bloody awkward crayon and there are not all that many colours you can mix it with where the result is not some configuration of shite brown.

However, I strongly believe that the industry as a whole has been getting far more adroit at selecting, managing and utilising this wood type. Where once I’d have likely enjoyed only 1 out of 20 wine cask influence whiskies – that ratio is now somewhere closer to 50/50. Choices of precursor wine (and its inherent profile) have become far more exacting. Management far more watchful. And applications often more compassionate. I.E. there’s far fewer wine casks being used that have been picked up at winery yard sales and been left unwatched without the necessary level of attentiveness.

It turns out, it's not the colour of the crayon at all - it's the artist who wields it and sometimes artists just need a little time to get used to their newly purchased pigments. Case in point and another purple crayon that I've really enjoyed - Two Stacks Whiskey - Polaris Collection: The First Bottling

The team behind Two Stacks Whiskey are no strangers to the world of Irish craft booze. In 2014 they established Ireland Craft Beverages – exporting and distributing a diverse selection of ‘craft’ products from Irish breweries, cideries and distilleries to global markets. Then in 2017 they founded Newry-based Killowen Distillery – a pocket-sized 10,920 LPA capacity  (a cask per week give or take) facility that is “flame fed” and worm tub condensed. Early reports of ‘experimental’ grain bills indicate that Killowen are one of several newer distilleries actively championing a revision of the Irish Whiskey Technical File to unlock the pot still definition that arguably favours the leading producer and few others. I can get behind that.

Then in 2020, because an exporting arm and distillery were not enough – Two Stacks Irish Whiskey was launched, bottling (transparently) sourced whiskies – presumably as a mechanism to move the Killowen brand towards focussing on its in-house produced spirit and away from juice acquired from the wider market.

Whilst one might argue that there’s currently more bottlers of Irish whiskey than there is actual Irish whiskey to bottle (in terms of diversity) – that situation is rapidly changing, and in a decade hence they’ll be a wealth of different crayons for Irish bonders and bottlers to play with. Nevertheless, looking down the list of Two Stacks releases, they’re pleasingly not entirely following the rubric that far too many Irish bottlers have taken over the past few years – I.E. purchasing bulk ex-Cooley/ex-Bushmills ex-bourbon spirit (often on the younger side) and then spending all of their seed capital on fancy labels – which often imply the existence of distilleries which in fact don’t. Less of that please. Much less.

That ethos for doing things a little differently comes across well with Two Stacks ‘The First Bottling’ from their Polaris Collection. Here, a 9 year old Irish single malt has been matured in 1st fill ex-bourbon for 9 years before being finished for 6 months in ex-Cabernet Franc red ice wine from Niagara in Canada – I.E. from Inniskillin Winery. I believe this is only the second Irish whiskey to have utilised ice wine - the other being a Writer's Tears limited release.

The result is 318 bottles coming in at the so precise ABV of 59.85%. I’m behind on my writing (more on that later this week), and so this initial release from the Polaris Collection seems to have sold out in most of the ‘normal’ places. But as you’ll note from my review below, I would most certainly actively advocate hunting out a dram if you're able.

Nose: Dip Dab sherbet – including the strawberry lolly, pear drops and a selection of Starburst all lead toward a conspicuously confectionary-forward opening. Deeper - raspberries, mirabelles, pineapple chunks and peach slices together with Golden Grahams cereal and freshly griddled waffles. Sweet, but not less appealing. The addition of water takes the sugars down a notch, emphasising Ribena, white chocolate fudge and fresh cotton sheets.

Taste: Berry-tastic. Blackcurrant, blackberry and redcurrants sit with wine gums (black and red ones in little surprise) whilst vanilla buttercream and dulce de leche are punctuated by pangs of orchard fruit tartness. Cinnamon sticks and ground pepper percolate, but remain tantalisingly restrained. There’s a lot of cask influence here – but none of the expected associated sticky tannins. Pretty neat indeed. Reduction retains much of the mouthfeel, amping up the spice and wood, and favouring more stone-fruit flavours – peach, apricot and lychee.

Two Stacks opening Polaris salvo is remarkably drinkable at near enough 60% - it’s also impressively composed. Whilst entirely modern in composition, there’s an alchemy at work here with the whiskey being able to express so much finishing cask influence, but without it bringing either of the double-edged swords of astringency or unevenness along for the ride. The marketing bumph references “….greater maturity than its years suggest.” That’s something of a generic disservice – you should spend time with this whisky not because it possesses a fake ID – but because its wonderfully cohesive from start to finish.