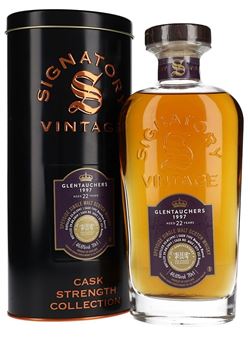 People often confuse popularity with legacy. The renown and reputation of distilleries tends to ebb and flow across the decades – driven by a combination of consumer trends and the ability of producers to tap into whatever the zeitgeist of the day is. A star-quality release can rapidly raise the profile of a distillery up this imagined league table – just as equally as a duff one can send it back down into the relegation zone.  Some distilleries appear as deciduous – their spirit coming into bloom during certain periods of time (1995-97 Clynelish for instance – likely to be regarded as a modern golden period for the distillery’s spirit). Others appear near evergreen – regardless of the inherent variances in single releases and shifting enthusiast trends, their status remains largely intact and near monolithic over longer periods of time.

Whilst popularity fluctuates – and can be measured over months and years, legacy runs a much longer course – decades and lifetimes. But equally, it is important to recognise that these legacies have taken an even longer passage of time to build and nurture.

It doesn’t matter how many times commentators decide they fancy socking it to the supposed greed of Macallan (feel free – but in doing so, do try to keep in mind they’re a business and not your friends) or the overwrought Viking-esque marketing of Highland Park – they’re not going to shift that legacy needle. That takes more than simple grousing. These legacy brands have worldwide recognition (with the supply chains and marketing spend to protect them) and a long-term fan base who will eagerly defend their beloved brands as easily as others will attempt to pull them down.

That is not to say that legacy is forever, and a given once obtained. A consistent string of inferior releases, or a dramatic repositioning will undoubtedly have an effect on the waxing and waning of a distillery’s longer term attractiveness to consumers. As too will factors that are outside of mere preferences and perceived trendiness – production and personnel to name but two will also have their influences.

As Concerto grain comes to the end of its usage (in terms of the strain providing the maximum extractability), many distilleries are going to have to look elsewhere for their prime ingredient. Likely Laureate in many cases. This will affect the profile of future releases – and it likewise will take time for some distilleries to re-spec their production to make the most of it (some are already doing so). This change is coming and it will affect some distilleries more than others. And we can expect some reputational ebb and flow from it.

Similarly distillery owners and Master Distillers move on – and invariably this changing of the guard brings with it adaptations to production and personal preferences as to the direction of the spirit character and how that spirit will itself be nurtured through maturation. Take my colleagues in English whisky at The Lakes for instance – their appointment of Dhavall Ghandi as their ‘Whisky Maker’ has seen a near flip in longer term outlook for the distillery – Dhavall drawing from many different influences, but most visibility (currently at least) – his Macallan background. The result - The Lakes changing their emphasis towards being sherry cask driven producer. The reputation – improved. The legacy? Too early to judge.

Whilst much has been written about Generation Z being more inclined to abandon so-called legacy brands – in the whisky world, this has yet to pass. The rapid expansion of distilleries and bottlers has led to an ever increasing diversity of choice (and enthusiasts still seem to be lapping this up – more power to them) – but presently this diversification has not come at the expense of the old guard losing their market share, or their perceived relevance. Until something starts to bite, there’s simply more whisky available for everyone to enjoy.

A few years back I’d have described Glentauchers as the kid in school who had a few close friends, but for the most part was largely ignored by their classmates – an under the common radar/under-appreciated distillery. With much of the distillery’s output destined to form the heart of Ballantine’s (and prior to that Buchanan’s Black & White) there was little scope for developing a fandom outside of a smattering of independent bottlings. Fast-forward and now Tauchers has plenty of mates eager for play dates. Despite there still being relatively few OB releases from the now Pernod Ricard owned site - beyond infrequent Chivas Distillery Reserve Collection releases and a ‘Ballantine’s Series’ 15 year old which largely failed to capture imaginations – the distillery is now steadily being recognised for the quality and versatility of its spirit.

Long fermentations and slow distillation regimes – produce a spirit which, despite being lighter and more fruity/floral in focus can still play nicely in a wider variety of cask types and at a wide selection of ages. The spirit often shines at its brightest when its simply left alone for a few decades in an ex-bourbon cask – and that’s exactly what we have on offer today.

The fine people at The Whisky Exchange may have (for the most part) left the building with the lights on, but they’re still keeping things moving so that enthusiasts can get their fix of new releases (as such as the drip feed of those is presently – more on that next week). As such, we’ve got a selection of ‘TWE lockdown exclusives’ to look forward over the coming weeks – the first of which I’ll turn my attention to is this 1997 22 year old Signatory exclusive which was released yesterday.

Taste: Opening tartly with green and cider apples alongside grapefruit segments before becoming sweeter with a medley of tropical juices and heavily reduced fruit syrups. The development reveals ripe and golden maltiness together with a swipe of wood lacquer and copper polish. The back-palate offering a change of pace with souring steeped fruit teas and a hint of chalkiness. Reduction offers a juxtaposition of sweet and bitter notes – sugary fruits played off against an increased cask influence and tingly white pepper. Interesting, but less poised.

Finish: Medium with supple, relaxed oakiness that never feels like tipping over the edge – a final fleck of mint leaf sits with fading (still bright) fruitiness.

TWE’s lockdown Glentauchers 1997 Signatory exclusive is a highly competent offering which presents fair value for money for its well-matured/well-aged profile. That said, it is not quite as concentrated and dense in fruit-forward flavours as the distillate can be – almost as if something is holding it back. It feels like it could have been dialled up another notch - but at the same time, that leaving it the cask longer would likely not have actually achieved that result. Nevertheless, the balance here is on-point (at the delivered ABV), and the spirit feels consistently in tune with the oak influence rather than being beholden to it.