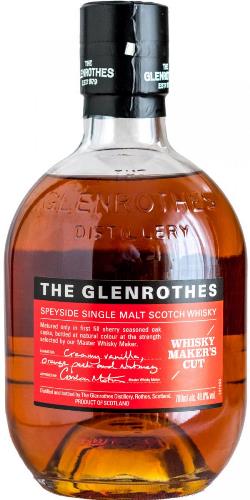 People pay a lot of attention to figures – bottle ages, PPM levels – surely the bigger the number, the better the liquid? The same is often true of ABV levels – I’ve lost count of the number of times I’ve seen a review of a bottle with a footnote claiming that the release would have been superior with a higher level of alcoholic content. Possibly true – but in my mind, not always. The reasons why bottlers chose a particular ABV to bottle are not always as simple as you might think – there’s a raft of factors from the target market, considered profile of the liquid, spirit tax to pay, and resultant cask yield. ABVs are rarely, if ever, simply plucked from the sky.

Last week I saw a true oddity. A newly announced Irish whisky – you know the type – a young upstart bottler implying that they own a distillery when they’re simply sourcing liquid – same old story, different day. That in essence is sadly par for the course – no, the peculiarity here was around their maturation/dilution regime. Rather than extracting from the cask, reducing and bottling, these guys are intending on adding their potable water directly into their barrels *during* maturation. Their suggestion being that whisky will surely be improved if the water was also matured alongside the spirit. Erm oak flavoured water – sorry chaps, that’s a hard pass from me. Baffling stuff.

It almost goes without saying that the more potable water you add the further your whisky will go. Likewise, the lower the bottling strength, the lower the amount of tax you’ll need to pay. If you’re wondering why you once bought an older release at 43% only to find it reissued at 40%, it’s likely that this was due to a change in EC laws – duty free was abolished inside the EC – so producers couldn’t simply give that extra 3% to consumers for free – there’s a considerable surcharge to pay for that addition ABV.

Regardless, the issues around dilution levels and enthusiasts preconceptions of what higher strength whisky should be like have existed for an age. The ‘Cask Strength’ denomination was historically a bit of a wild west. Back in the day, before the introduction of hydrometers, ‘100 proof’ (~57% ABV) was assessed by adding gunpowder to the liquid and igniting it – a large bright yellow flame would indicate the whisky was ‘proof’ and undiluted, a small, blue-tinged flame would indicate that that the spirit had been watered down – ergo the customer was being cheated. Times have indeed moved on, and not only has the use of accurate ABV measurements been engrained, but the definition of cask strength has been codified in the Technical File for Scotch Whisky (introduced in 2009).

“Adjustments to alcoholic strength prior to maturation, and prior to bottling, are by the addition of potable water, which may be purified, for example by distillation, demineralisation, or reverse osmosis. The alcoholic strength of “cask strength” Scotch Whisky must not be adjusted after maturation.”

As such, for your bottle to be labelled as cask strength, it cannot now be watered down once extracted from the cask. You’ll see various producers utilising alternative terms to get around this labelling protection – ‘Natural strength’, ‘Full Proof’ etc – they all are likely higher strength expressions, but will have been diluted prior to bottling. That’s no bad thing in essence – it is not always the case that the higher the ABV, the greater the definition, clarity and integration of aromas and flavours. Alcohol is an anaesthetic – your aroma and taste receptors within the olfactory system can become muted by the presence of higher strength – in essence you nose and taste less.

The Glenrothes Whisky Maker’s Cut is bottled at the higher ABV of 48.8%. An unusual choice of strength when you consider other sherry-forward NAS expressions that sit in a similar price bracket. For example, both Glengoyne Cask Strength and Tamdhu Batch Strength are delivered at substantially higher ABVs, and therefore offer a key point of difference to their respective ranges – with Whisky Maker’s Cut, the ABV bump is appreciated, but not quite the selling point it could have been.

Nevertheless, the NAS bottling (I’ve read online that its roughly 16 year old age – but will vary in the future by way of batch production) does stand from the rest of the Soleo Collection by merit of it being the only bottling that is matured exclusively in 1st fill sherry casks. As with the other expressions, the colour of the box and label is linked to different maturation stages of the palomino grape – here, we’re into a vivid bright red. The bottling will set you back just under £50 from Master of Malt.

Taste: The ABV bump provides a noticeable mouthfeel improvement over the younger bottlings in the Soleo Collection. Richly sherried – but still very Rothes in style with spiced raisins and coffee and walnut cake at the fore. Orange peels, dried stone fruits and brown sugar meet salted peanuts, tobacco leaf and plenty of earthiness in the back-palate – wet soils and leaf mulch – together with drying, bitter spicing from pepper and ginger. Dilution adds a tinned fruit dimension – apricots and peaches in syrup with a side order of baked flan cases and softens the development substantially.

Glenrothes Whisky Maker’s Cut offers a modern take on a  sherry-forward whisky. There’s still plenty of typical Glenrothes character here, but strangely, despite it being delivered with an addition 8.8% ABV over the 10 and 12 year old expressions in the Soleo Collection, I still preferred its configuration when reduced?! Nevertheless, the ability to play with dilution levels here is welcomed, and the overall composition is tasty and accessible for the price.