The price of conformity 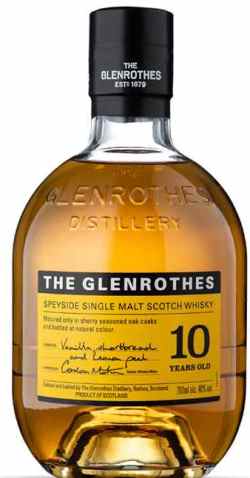 Sometimes change can be a bitter pill to swallow – a beloved bottle discontinued, a change in cask compositions away from a particular profile or a patently ugly rebranding. Glenrothes’s 2018 brand overhaul from vintages to age statements is perhaps one of the more curious recent upheavals. Whilst new (old) owners Edrington likely wanted to bring Glenrothes’s market proposition in to line with their other two distilleries (Macallan and Highland Park), in doing so, they’ve removed the distillery’s point of difference. The new ‘Soleo Collection’ has kept the recognisable hand grenade shaped glassware, but has forsaken uniqueness for conformity.

On paper it makes sense. The vintage system always required explaining – not all 1995’s are the same – whilst drawn from the same year of production, cask compositions and maturity levels would depend on when a bottling was released. So, similarly to old style Balblair (another sad story I’ll save for another day), different releases from the same vintage are entirely different animals. Cue confused consumers. Likewise, whilst vintage and wine is certainly a *thing*, in the whisky world, few are providing the level of traceability required to prove any notion of terroir or variance across different years of production. To be fair to the Glenrothes, this was never their stated aim - different vintages were presented with different utilisations of wood, rather than any notions of a particularly good harvest.

In moving back into the Edrington stable, the Glenrothes core range has been forced into conformity – stock management and consistency are crucial if you’re looking to work at scale. Age statements are fundamentally easier to manager over a longer period of time- you have a set template of casks you’re looking for to produce a known and constant range of expressions.

And yet, I still find it somewhat saddening.

Whilst I would challenge anyone to sit with a blind pile of different Glenrothes vintages and accurately identify their years of production, there was nevertheless real discernible differences across the range. To that end, when some expressions were not to my liking, I simply had to wait until the next round of vintages were released to reassess and find new gems. Now, granted that over time, with no fixed core range, bottlings would come and bottlings would go – but, that in essence was the point. A fixed core range offers consistency, but if you don’t particularly like any of them, then by and large your time with Glenrothes is over before its even begun. Move along please. Vintages offer future bites of the cherry for those not entirely wedded to a core product selection – and many folks do indeed like to dip in and out.

To my mind there’s a happy medium here, and whilst I can perfectly understand the business rationale for age-statement core bottlings, I do still hold a candle that the distillery will keep up its vintage programme – albeit perhaps as just an occasional diversion.

Each bottling in the new Soleo range has a different coloured label and box – apparently to represent the different stages of maturation of grapes (Glenrothes is still very much a distillery who favours sherry cask maturation). This seems somewhat esoteric to me – you find me a vivid orange grape (that isn’t actually a tomato)?! But, nevertheless, the colours do indicate one trait within the bottlings – the intensity of sherry cask maturation increases as you work your way up from 10 years through to 18. So, overall, fair enough – the darker the colour, the greater the concentration of sherry influence you should expect.

The entry bottling 10 year old doesn’t give much away about its precise composition – ‘Matured only in sherry seasoned cask’ is pretty much all we’ve got to go on. It’s bottled at 40% ABV and can be acquired from the likes of Whisky Exchange for around £36 here in the UK.

Taste: The arrival is soft, but not pillowy – there’s more body here than you’d expect from 40% ABV. However, the development is both brief and a little jarring – maltiness and sherried berries, raisins, toffee up first, then firstly into sour tangy bitterness. White pepper fizzes, whilst modern oak pushed through with a sense of drying dustiness. The green notes from the nose are still present – nettles, fresh fallen leaves alongside ginger, nutmeg and milk chocolate.

The new Glenrothes 10 year old has many common notes with those found across the younger expressions that were within the old vintage range – spiced maltiness with sherry support. As such, concerns about the new age statement range losing the character of the distillery’s style seem unwarranted. An accessible and well-priced introduction to the new range. No frills, but no yawning flaws either.