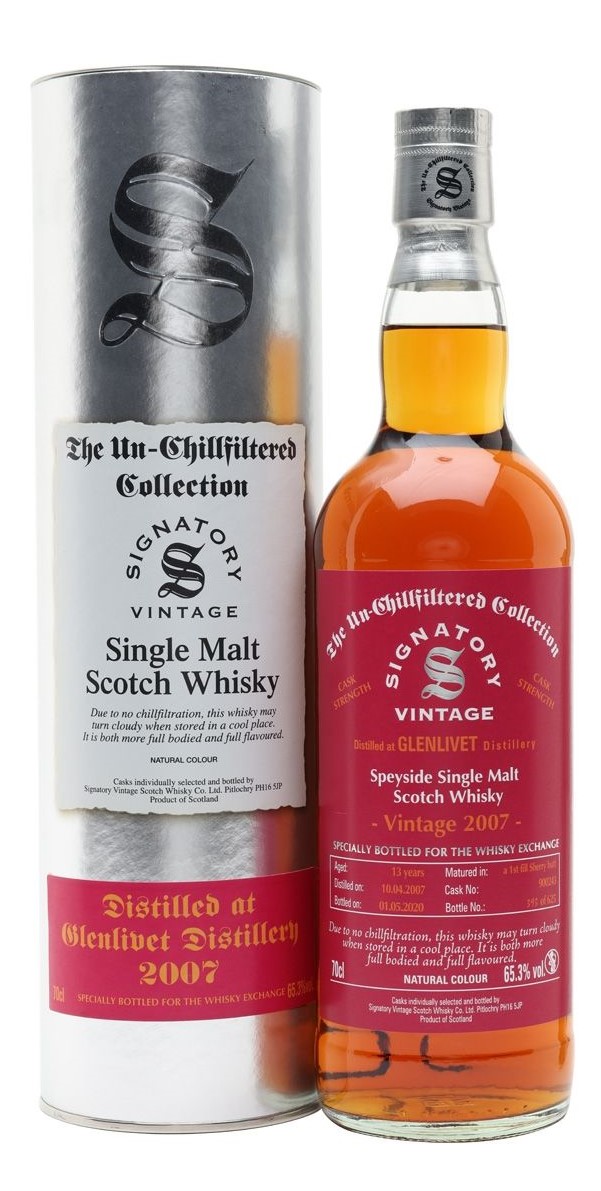 The fate of casks is often decided before their birth – sourced, purchased, filled, monitored and disgorged to fulfil a forecasted future need. Whilst the industry loves to spin yarns about happenstances, twists of fate and barrel disappearance (and associated miraculous reappearances) the reality of inventory management, particularly in the digitised era necessitates that every cask is filled with a purpose in mind. There’s just too much long-term investment at stake to be filling for fillings sake. A predeliction foir either ex-bourbon or sherry - depending on the distillery’s chosen style and distillate character - will often be found as cask filling mainstay. Ol’ reliable. But even experimental casks are ‘born’ with an intention - to assess the versatility of a spirit to more unusual wood types, fill types and/or maturation conditions. Nothing is done by accident, no matter how hard the marketing tries to persuade you.

The vast majority of casks produced the world over go towards making homogenised releases – world renowned bulk blends, market leading single malts. But a limited selection of casks manages to break their initial programming to serve an altogether different purpose – by finding their way into the hands of independent bottles. And this change in ownership can result in a very different end product. A final destination which is delivered, packaged and presented in a very different manner to the ‘norms’ of the distiller of origin.

Comparisons between independent and original bottlings are not always entirely incommensurable. But of course, that doesn’t stop us all trying.

I saw a thread of conversation last week which was positing a position that “independent bottlings are always better than originals”. The key points of the argument were that indies are commonly bottled at higher strength - which delivers more flavour (not true) are better value for money (sometimes true), offer more single casks (the argument for this being a positive was not provided) and are more prepared to experiment with different cask types. In summary – better whisky, less OTT packaging and marketing twaddle and at a lower price.

When looking at IBs and OBs together, it’s important to note that their fundamental difference is not one of composition, innovation or pricing – it’s one of objective and target audience. Whilst the casks used by independent bottlers might have been birthed alongside those used by producers themselves – the end results serve a different consumer, with different expectations, tastes and requirements and as such require a configuration which will meet their specific needs.

To elucidate – take a look at today’s review bottle. A single cask, independent bottling produced as a retailer special edition. Similarly look at the cask type – 1st fill sherry. A cursory glance at the Glenlivet product range will show you that, when looked at in isolation, this single cask doesn’t neatly fit with the current offerings from the distillery, despite the Nadurra range offering a much higher strength 1st fill experience compared to more producers. The distillery’s utilisation of 1st fill sherry casks is as part of wider palate of casks used to craft the range of expressions presented. E.G. Glenlivet will utilise a proportion of 1st fill sherry casks within their married single malts. It’s an ingredient, not the whole recipe.

Now you might well prefer the Signatory TWE single cask edition – indeed, I probably do also – Glenlivet OBs are far from my preferred single malt. But there’s no point in arguing that Pernod Ricard are missing a trick here. They’re not. Of the over 10m LPA produced at the distillery only a tiny proportion is required to produce whiskies which serve the needs you and I so love. We’re a niche within a niche. The vast majority of whisky drinkers are much more casual with their consumption and high intensity, challenging liquids at 60%+ ABV are simply not where the majority of the whisky drinking market’s tastes will ever lie. The comparison between the ‘standard’ and the ‘specialist’ can be made in terms of the presentation of the liquid – but not always in terms of the end destination of the product.

That doesn't make one or other 'better' as a hard rule - irrespective of what your personal preferences for cask selections or bottling strengths are. Not all whisky is born equal. Nor is all whisky destined to serve the same purpose. Different strokes for different folks.

The Whisky Exchange’s recent triplet of new releases includes the latest is a sequence of popular heavily sherried Glenlivets from Signatory. 2020’s edition is once again drawn from a 1st fill sherry butt - #900243 was laid down in April 2007 and left to mature for 13 years before being bottled in May 2020. 625 bottles have produced at a not messing around ABV of 65.2%. They’re available directly via The Whisky Exchange for £99.95.

Nose: Twix bars, crème caramel and sticky toffee pudding offer a rich and sweet opener. Fruit isn’t too far behind – hedgerow berries and blueberry and raisin jam. Creamy chocolate is joined by leatherette, whilst baking spices lurk alongside the suggestion of spearmint in the background. Dilution presents baked goods alongside expressive spices with cinnamon sticks and cinnamon rolls tempered by glossy raspberry and vanilla custard.

Taste: An arrival that speaks to the high bottling strength – forceful and dynamic - and with a much deeper and more expressive fruitier character. Glace cherries and stewed plums sit with a punnet of fresh raspberries whilst cranberries, raisins and sultanas are added to a particularly heavy fruit cake. Burnt toffee and peppery impact runs throughout, whilst cask char surfaces in the mid to back-palate – a building and roiling wave of singed oak staves. Water doesn’t feel as immediately necessary as most expressions bottled at this ABV – however you’ll likely be reaching for it at some point. Sharp cooking apples served with crumbled digestives (half an apple crumble) alongside bittersweet redcurrants and a heightened char which is almost heading into minerality.

Whilst on paper this 2007 TWE exclusive Glenlivet is composed and aged similarly to past exclusive sherrybombers (see here and here), the outcome is less extreme. Make no mistakes - this is still a high ABV, heavily sherried Glenlivet – but this time around, the sherry cask has not swallowed up the spirit whole and spat it out, distorted into a menacing hulk of a whisky. 2020’s iteration offers heft and oomph, but with a semblance of fruity intensity and brightness. The sweetness levels are understandable high, but again, these are tempered – particularly on the palate with its effective spicing and prominent cask char. There’s enough here to keep fans of this ‘not really a series’ series happy, and there’s equally enough of a departure from previous releases for this to stand on its own merits.