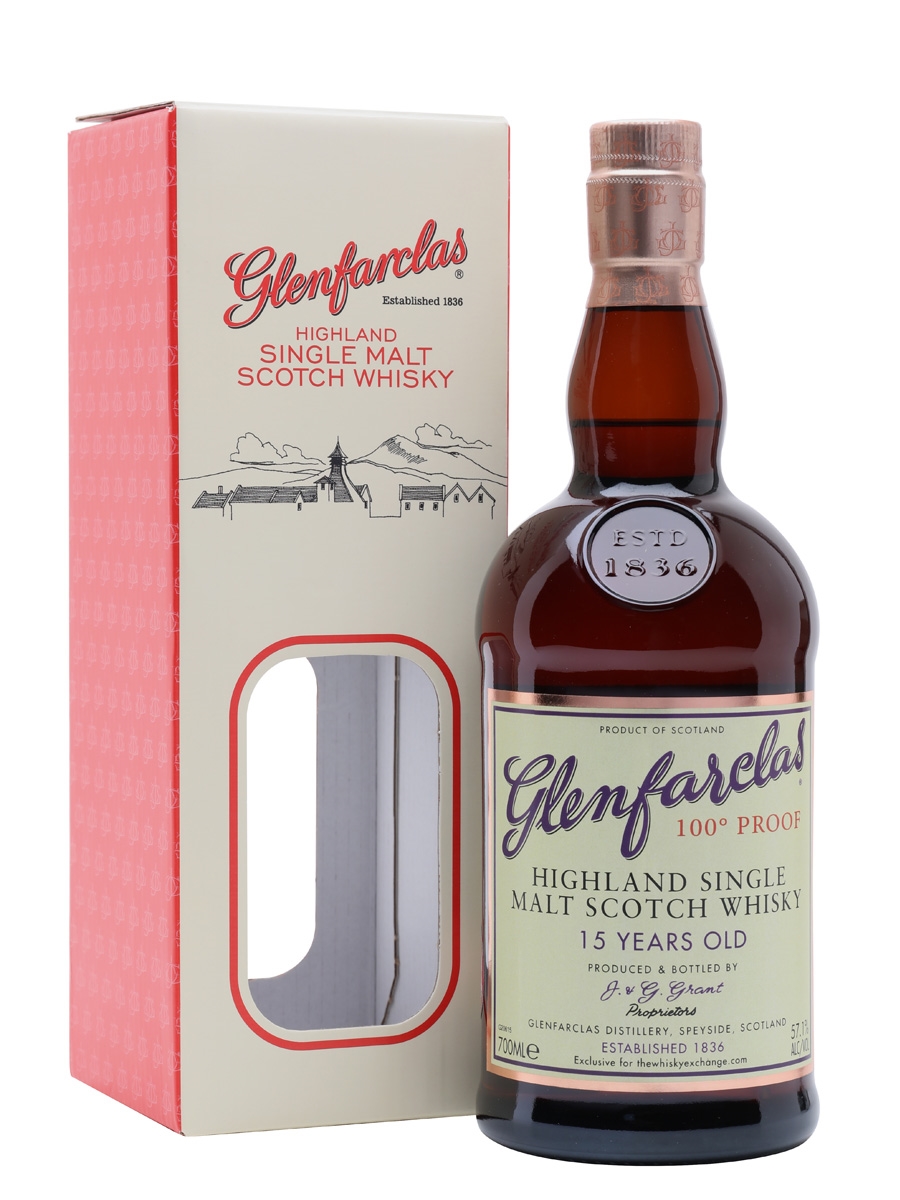 This TWE special edition of Glenfarclas takes a break from other recent Whisky Exchange exclusives – in that it’s not a single cask release. Created from a vatting of sherry seasoned oak the release is offered at old style 100 Proof. The Proof measurement originated in the 16th century and for a time was focussed on measurement via the “gunpowder method” for the testing of alcoholic strength – which offered significantly less variability than whether or not a spirit would simply burn if set alight (a phenomenon heavily influenced by ambient temperature) – the solubility of potassium nitrate was used until calculations and tools had been created for determining the specific gravity of liquids.

Anyhow, back to the Farclas. It’s 57.1% ABV in new money and a bottle will cost you £74.95 directly from The Whisky Exchange.

Nose: Immediate crème caramel – packed full of baked custard and slathered in soft leche sauce. Alongside - more stove stop sugars with both cream and crunchy toffees – together with a plate of butter cookies. Orange peels are joined by a touch of wood varnish, whilst sultanas are scattered generously atop fudge fingers. Appealing stuff. Reduction brings additional scope with apple strudel dusted with ginger and cinnamon served with raisin layered bread and butter pudding.

Taste: The arrival has good body and a mouthcoating oily texture. Orange segments are drenched in liquid toffee whilst raspberry preserves are joined by rum-soaked raisins and a building but controlled stem ginger spice. Notes of dunnage floors are joined by molasses pudding whilst burnt toffee is livened with peppy cinnamon. There’s considerably play here for dilution, with the whisky retaining its shape throughout – orange barley water joins a punnet of blackberries whilst the spice levels overall are tempered down to a mere murmur.

TWE’s exclusive Glenfarclas 100 proof offers a more direct, more spice-laden and in my option more effective configuration than its standard 46% OB cousin. Granted its more expensive, and higher strengths (particularly once you start to get into the upper 50s) are not for everyone. However here, alongside both notable balance is a whisky which retains much of its weighty character even when reduced in ABV. The experience is therefore highly flexible whether taken at the old school 100% or brought down to a more ‘sessionable’ volume. Very neat. And very tasty.