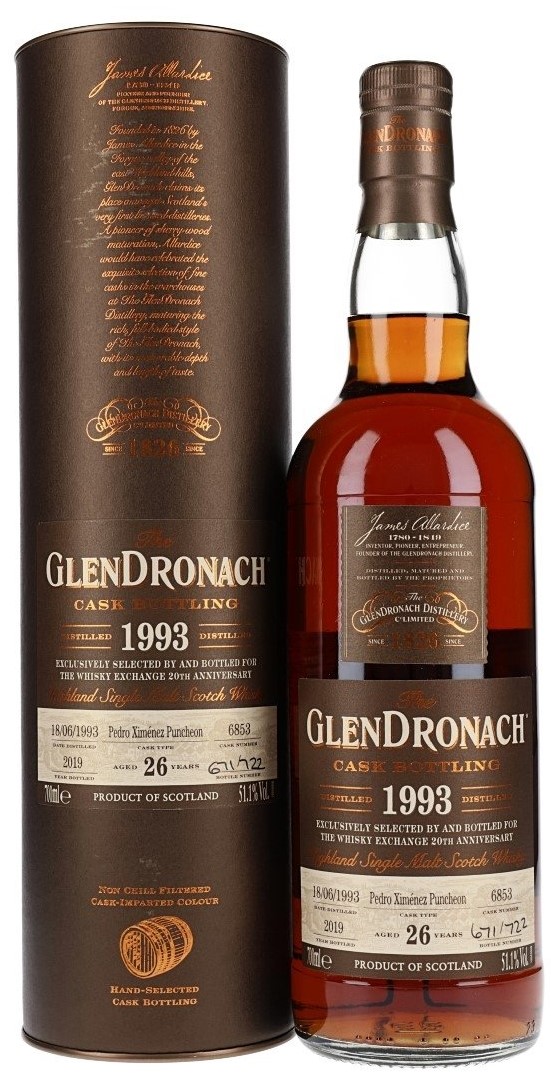 As much as I like my whisky presented to me as naturally as possible, I’m far from naïve as to the realities of the world outside of the geek bubble. I’m also not incognisant that my individual tastes and requirements from a whisky are not necessarily indicative of everyone else’s – and particularly not when compared to that of more casual drinkers. When it comes to natural presentations, colour is one of the thorniest of topics to properly dissect. I once derived enjoyment from reading others’ posts on their preferences and justifications for natural colour (which I fully share) – but now find myself disappointed by a growing obliviousness to the realities of the global whisky market and more worryingly, genuinely saddened by the mounting vitriol which is starting to accompany discussions about the colour of whiskies.

Not all that long ago I watched a video praising the natural presentations employed by Bunnahabhain. All right and proper. However, juxtapositioned against this commendation was the suggestion that any and all producers who added colourant to their products were; quote: “despicable”. Not quite libellous, but certainly a vilification. And in my opinion, a completely immoderate and wholly ignorant imposition of the notion that “what I want is what everyone else should automatically be presented with.”

Listen – I’ll happily articulate why I too believe that natural presentations without the addition of E150a have a higher level of integrity. And for me it isn’t about flavour. So stop your silly propositions that you can detect any addition of colourant every time. Unless you’re glugging Beinn Dubh or have unearthed a bottle of Loch Dhu, I’d challenge you to a blind anytime, anywhere. You can’t. The volume of colourant that is required to considerably darken a whisky is miniscule. And so, I’m afraid that I usually pigeonhole self-proclaimed colourant sniffer dogs into the same pot as I do homeopathists. Comments about potential alterations to mouthfeel however - those I have a little more time for.

I genuinely don’t care what colour my whisky is (though blue would be a problem) – and long-time readers will note that I don’t judge or comment on this aspect. But I do believe that whiskies have a greater veracity when they are presented with nothing added and nothing taken away - because in analysing them and appreciating them I never want to fall into the trap of ‘buying with my eyes’. However, until whisky education is extended wider, this is unfortunately the reality of the wider market.

Colour is still inherently linked to prejudices and misunderstandings around both the age and the quality of maturation. Parts of the far eastern market hold this connection especially strongly – firmly believing that a darker whisky is a better whisky. And as such, any producer wanting to make serious in-roads into these countries is alas forced to conform to this false perception and to present their bottlings with stronger and deeper colours. This might require employing highly active 1st fill casks, or it might <shudder> necessitate the employment caramel colourant.

I don’t relish this – I’d rather drinkers were educated to judge in the round and not on colour along. But I’m afraid that this is still an axiom of some parts of whisky world. Of course, it’s exceedingly easy to sit in one’s armchair commentating that producers should immediately cease all rectifications of their whiskies. But in doing so, without any of necessarily education, this will only result in drinkers in those markets moving to alternative products. Change rarely happens overnight. You cannot expect your enlightenment to be involuntarily adopted everywhere else. Folks need convincing.

From a business standpoint, you cannot work on the basis of the expectations of only one portion of your consumers and believe that these traits and values will be instantly transferable to all consumers across all markets. Tastes vary – and holding a producer in contempt for meeting a demand is churlish at best. Particularly when some *are* actively championing for change. Though in all honesty, I do feel that the best change at this junction would not be for E150a to be outlawed overnight – that’s just unrealistic – but rather that that its presence should be legally noted on labels – as it is already the case in some countries.

And yet enthusiasts - mindful of using their noses and palates over and above their eyes – often don’t make the education necessary to change opinions on colour any easier. Whilst clamouring for natural presentations, repeated proclamations of “look at the colour of that” to any and all highly hued whiskies, either photographed up trees or otherwise, only goes to reinforce the false notions that darker is more desirable. Rarely if ever do I see anyone stating something along the lines of “this pale whisky has some of the biggest, most potently wonderful character I’ve ever encountered.” You cannot have it both ways. If you want to truly advocate for natural colour as the defacto presentation for whisky, then you need to actively avoid only fawning over photos of darker bottles.

But as much as I believe that drinkers can and do inadvertently hinder the edification of whisky’s colour – so too can zealotry. Presenting the use of colourant as nothing but an evil is not education – it’s pontification. And as an approach it’s unlikely to win friends and influence people. There are plenty of sincere avenues for contending that natural presentation is both more authentic and likewise desirous – but representing the practice of colour manipulation as somehow malevolent does genuine education nothing but a disservice – and in doing so it closes minds, rather than opens them.

Whilst Glendronach hasn’t waded into the mire of any colour controversies, their announcement last year that they were removing ‘non-chill filtered’ from their packaging hit die-hard Dronach fans like a pile of bricks. I suspect that this omission doesn’t equate to all Glendronach’s by implication being now automatically delivered *with* chill filtration – indeed later clarification suggested that the process would only apply to the distillery’s core offerings – and even then, there’s an implicit suggestion in the wooly-worded press anouncement that suggests that they’re simply holding the cards in their back pockets to be able to 'sometimes' chill filter for certain products and for certain markets. But nevertheless, the idea that enthusiasts of the distillery would be concerned about bottle flocking or concepts such as “clarity and stability” struck many (myself included) as being rather retrograde.

Chill filtration is an emotive topic as colourant – but similarly to the addition of E150a – filtration is too often presented as black and white. It’s not. Temperature of chilling varies enormously as does the gauge of the filter utilised. And whilst I would contend that enthusiasts absolutely should lobby for natural presentations – how many could hand on heart tell the difference, all things being equal and under blind condition? I’m 100% sure that I wouldn’t be able to with the highest degree of accuracy. I’d argue that the main issue here is likely not one of process alone – it’s about transparency, authenticity and yet again education. The best course of action is never going to be removing information from labels – it’s going to be providing more – be that on the packaging itself or as part of an honest and open brand engagement programme.

Distilled in 1993 and matured in a PX puncheon – with 722 bottles produced there’s just not going to be enough juice left in one single cask (after 26 years of maturation) for this volume - so, we’re looking at some type of amalgamation here.

Noted as being “Selected and bottled for The Whisky Exchange’s 20th anniversary”, this is the last cask in a series of four 1993 distillations (bottled at the same time) that have been released by TWE annually since 2018. This final edition clocks in at 51.5% ABV and is available from The Whisky Exchange for £399.

Taste: Immediately luxuriant and rather cavernous in scope. Walnut whips and rich chocolate gateaux sit with juicy oranges and a backbone of dark hedgerow berries. Well-aged polish runs throughout – only slightly citric – whilst cinnamon, ginger and cask pepper envelop the back palate. Well-aged leatherette and old books delivery the austerity one would expect from a over a quarter of a century of maturation. Dilution retains an impressive amount of body – and with it, comes glorious dunnage earthiness still amply invigorated with perfectly balanced darker fruits.

Finish: Quite long with chocolate lingering and a punctuation of metholated oak and residual fruit sugars.

The short version – a stupendous cask – you should absolutely endeavour to try this.

The long version – Whether through happenstance or more likely some careful planning, the merger of casks into one final PX puncheon (capable of holding 722 bottles post 26 year of maturation) has resulted in the best Glendronach I’ve tasted in quite some time. The PX is deftly integrated offering appealing vibrant fruitiness on the nose and a darker, more concentrated experience on the palate – but nowhere does anything feel overwrought. Added to the fact, that as TWE bottled all four of these at the same time – the team must be pretty pleased with how this final 1993 iteration has turned out – and likely deliberately saved it till last. Well above my usual bottle budget and yet I can’t say I’m not tempted. Gloriously adult stuff.