Now I am the master 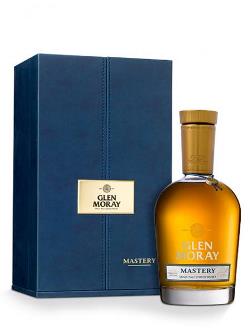 Last Friday I ended my week in Speyside with a visit to Glen Moray in Elgin. Whilst I sadly missed Distillery Manager Graham Coull and his wife Fay (who were travelling down to London that afternoon), I was wise in saving the distillery as the last stop on my trip with plenty of time in hand - there's an incredible amount to see and learn, some of which you'll rarely see at other sites.

Whilst many will know Glen Moray for its exceedingly well-priced Elgin Classic range, and possibly, its age-statement Heritage range, there’s much more going on at the distillery than these bottlings imply by themselves – double condensing, external wash backs, and crazy complicated digital control panels with more feedbacks than a school parents’ evening. There’s been an incredibly amount of change at Glen Moray over the past decade and from what I saw last week, they’re only just starting to hit their stride.

Glen Moray Mastery was released in 2017 to commemorate the 120th anniversary of the distillery. The bottling is described as a ‘multi-vintage’, which rather undersells the contents which are drawn from spirit laid down by three different distillery managers across the last five decades. The oldest whisky in Mastery is from 1978….which is my birth year, so obvously the best vintage possible. 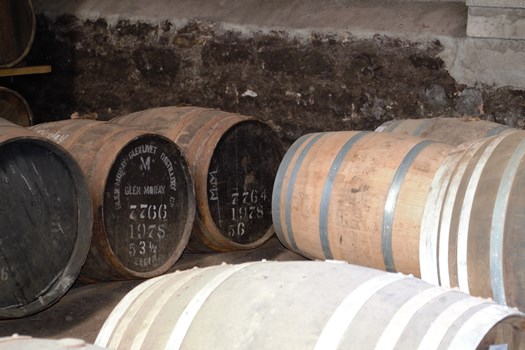 The cask selection made by Graham is somewhat eclectic, and whilst the SWA currently prohibits the full information being provided on the bottle or the packaging, the Internet will provide with you several different ‘recipes’ – all of them probably wrong. As such, I’m not going to make guesses here – there’s first fill sherry, madeira and port cask finished whisky in the mix here with distillate created by Robert Brown, Ed Dodson and Graham himself. 1000 numbered bottles of Mastery were produced at an ABV of 52.3%.

Nose: Sweet with fruit and spice forward. Highly inviting, but certainly complicated – this takes a little unpicking. Immediate beeswax with pronounced fruitiness – spiced apples, apricots and reduced berries (after some resting, more tropical fruit becomes discernible). Strawberries are a particular emphasis on initial nosing – the port cask influence quite possible. Rather malty, though bright and golden rather than heavy and brown – with a touch of both furniture polish and dusty dunnage. Lightness is delivered though candied citrus peels and icing sugar/sherbet – as times is seems a touch mineral. Deeper aromas are arguably more sherry-led – milk chocolate, boozy fruit cake, raisins. Slightly chimera like – even more resting provides touches of smoke – cask char and burnt oats. Water adds some fruity confectionary - pear drops, whilst also just a hint of buttery biscuit (base).

Taste: Silky and viscous with an initial delivery of old oak, reduced fruits and perky spicing. Apricots lead off, supported by spiced orange marmalade and a slightly winey flavour which commences tart and white grape-like, but transforms in the mouth taking on characteristics of red grape skins – thus, more strawberry is gradually emphasised. Toasted bread and burnt biscuit dough provide deeper malty flavours and joined by well-judged spiciness – cinnamon and white pepper. The addition of water further emphasises the malty character – Ovaltine, with slight hint of meat extract. It also changes the spice balance, reducing prickliness with both nutmeg and allspice.

Finish: Long, still quite malty and with both pepper and zesty citrus fading nicely. A slight touch of earthiness can be detected towards the very end – wet soils and dunnage once more. Water has an effect on the finish, keeping the overall length, but reducing spicing and adding further dryness.

I initially had Glen Moray Mastery pegged as a very solid 88 – but, on quite a lot of reflection and analysis, it’s better than that. Both resting and dilution are fairly transformative here and I found them to benefit the clarity of the delivery, whilst keeping the shape, weight and balance of whisky. Exceedingly classy stuff. Alas, class rarely comes cheaply, and when you add notions of ‘oldest stock’ and ‘special anniversaries’ you have a recipe for some expensive whisky – and this is an expensive whisky at over £800 a bottle. Quite how this proposition feels to the market, given Glen Moray’s common perception of good value is hard to gauge – it’s certainly an enormous jump from the rest of the distillery’s bottlings – even the current longer ages expressions. I’m not sure that many existing Glen Moray fans are operating in a similar country let alone ballpark. Nevertheless, Mastery is quite quite lovely and a testament to the skill of its maker.

As a final aside before, I had the opportunity to taste cask samples for two new Glen Moray whilst at the distillery, both of which are notionally scheduled for release later in 2018 - a cider cask and a peated PX cask. As cask samples, these will likely not end up being the precise recipe used for the bottlings, however both had merits and are well worth keeping your eyes and ears open for.

With thanks to Emma Ware at Glen Moray for the review sample.