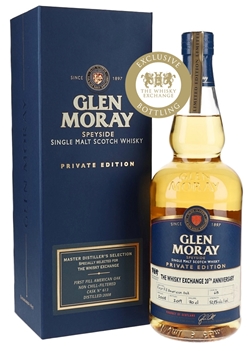 It’s estimated that there’s somewhere in the region of 20 million casks of whisky maturing on Scottish soil. I’m sure somewhere you’ll find an infographic showing how many times you could reach the moon if they were stacked head to head – regardless, it’s a staggering number. And of these 20 million casks, some 90% previously held bourbon. Ex-bourbon barrels have become the dominant cask type – but historically, this was far from the case. Way back when there was an abundance of sherry and wine casks (not quite the same as the ones you’ll see today). Similarly, there were times when US distillers were not mandated to solely utilise virgin American oak – and the symbiotic relationship which now provides much of Scotland’s cask inventory was not yet established. Ex-bourbon has seen a remarkable growth over the past 100 years. And, I’d posit that’s likely why it’s significance for Scotch distilling is often underappreciated.

You don’t have to look far to see a clamour for sherry, port and wine cask matured (and finished) whiskies. On the one hand, this is understandable seeing as they only make up 10% of the available cask stocks, and as such are ‘less common’. But on the other, I can count on one hand the number of times I’ve seen an enthusiast genuinely excited by the prospect of ex-bourbon maturation for the sake of the cask (and not the spirit, age or brand) alone. Ex-bourbon whiskies are usually lighter in colour – and folks (no matter how much education that colour does not necessarily equate to flavour, let alone balance) still hold an incredible stock for the hue of a whisky. They say we eat with our eyes – this adage is generally true for whisky consumption – and a lighter colour simply holds less appeal to some.

The reasons for ex-bourbon’s cask dominance can be seen as a combination of cost (to the producer), law and 20th Century history. However, I’d postulate that taste too plays a hugely significant role and that ex-bourbon maturation is, for the most part, the most consistent cask type in terms of its sympathy towards the widest array of spirits. Its flavour profile tends be daintier and less sweet (than ex-sherry for instance) but this oft-times complements the underlying character of many Scottish-produced distillates. And let’s not forget that the period that ex-bourbon barrels hold actual bourbon as their precursor liquid is, for the most part, relatively short. You’ll rarely find a cask utilised for Scotch maturation which held bourbon for decades before disgorging. This short ‘seasoning’ equates to a chemical and flavour exchange that’s considerate, and often not overpowered. Compare this to say a wine cask – where too short a maturation will result in a jagged-y miss-balanced spirit, and too long will bring with it an overabundance of wine and oak tannins.

None of this is to say that ex-bourbon can’t be either over, or underdone – of course it can – and sometimes sadly it is. Likewise, it’s all too easy for producers with similar fermentation profiles to end up producing an array of whiskies which all taste largely the same (high ester orchard fruits with toffee being dreadfully common and sometimes dreadfully dull). But, for all the clamour for sherry, port, peat and big age statements – you can give me an ex-bourbon matured whisky any day of the week (particularly a refill – as that’s where my preferences usually lie). There are reasons why it has become the dominant cask type – and common humble elegance is certainly one of them.

Today we have another pick-up the last selection of Whisky Exchange 20th anniversary exclusives. This 2008 Glen Moray was matured in a 1st fill American oak hogshead (#613) until it was bottled towards the end of last year. Bottles are still available for £74.95 from The Whisky Exchange.

Taste: Fuller, richer and more oak-driven than the nose suggests. Gooseberry tartness is up front, with sweetness closely behind in the form of barley water, split vanilla pods and Chantilly cream. The mid-palate delivers stone fruits – peaches and apricots and some emergent cask spicing – nutmeg alongside anise. Water softens the arrival, but the development still offers a potent sweet and fruity combination – now with crumbled chocolate, barley sugar and some preserved lemon.

This single cask Glen Moray offers a near textbook example of 1st fill ex-bourbon maturation, with a familiar selection of flavours, all amped up but well-balanced nevertheless. Whilst not required, this whisky enjoys a drop or two of water, which broadens its aroma and flavour profile, whilst still maintaining its overall shape. Cask-forward whisky, but a good cask at that.