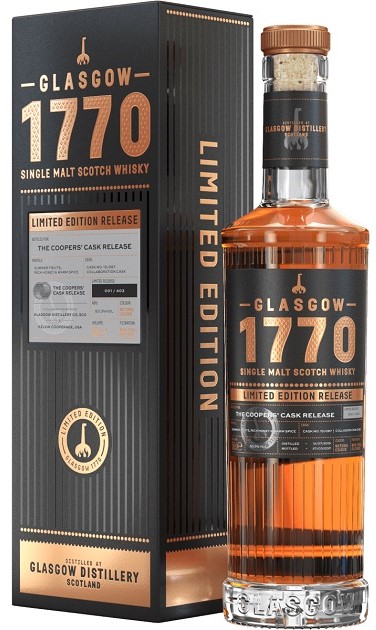 When is a distillery exclusive not a distillery exclusive? Whisky, like most other things has been in a rather strange place these last twelve months. And I’d argue that nowhere is that more the case than when it comes to bottles that have historically been tied to purchasing at physical festivals and to real-life visits to distilleries. These whisky moments are in my opinion impossible to truly replicate online. Everything from the excitement of travelling to an event/distillery, to the time spent away from home, with old friends, new friends, in history-steeped venues with their own sights, sounds, smells and feelings. None of these things can be duplicated virtually. And I’m genuinely not sure that I require dunnage smell-o-vision via my home computer.

It has been a case of ‘needs must’ for distilleries and enthusiasts – and online is undeniably easier, cheaper and quicker for all involved. Similarly, virtual events have provided a comfort and support to many – and the inclusion they can engender is something that the whisky world would do well to hold onto. But when it comes to the associated festival and distillery exclusive releases, I’m not convinced that their place truly belongs online – at least not going forward.

Venue/event exclusives have been inherently tied to a particular place and a moment in time – I.E. the physical world – they’re a reward for making the effort to attend an event or visit a distillery. And in all cases, they were inextricably linked to the experience itself. I very much doubt you’ll find anyone fondly reminiscing about the time when they "went online, watched a PowerPoint presentation, and then checked out a digital shopping basket of stuff".

These releases provide opportunities for distilleries and brands to present expressions tied to the moment. Bottles which are unique both in their conception and in their mechanism for purchasing. The stuff that forges long-term whisky memories. And that at times shapes perceptions and passions. There is no way I would be writing this piece, nor working in the whisky industry were it not for my past visits to distilleries – they have undeniably shaped who I am as a whisky drinker, as whisky writer and as a whisky thinker. Simply having all exclusives available to anyone who possesses an Internet connection and a credit card entirely severs this link between whisky, people and experience. And at that point it becomes purely transactional.

Of course, the circumstances and necessity for distilleries to both be seen to be continuing business (including festivals and distillery exclusives) and bringing in revenues are easy to comprehend. Distillery exclusive bottlings have increasingly been offered within distilleries online shops over the past 12 months. As above – needs must. I get it. But the separation between the physical and digital has to my mind only exacerbated the current issues that whisky has with commodification. Flippers were previously forced to camp out at distilleries before visiting the touring auction van (grrr) - online with all of its loopholes, workarounds and multiple family pets registered for accounts – makes this far too easy. Whilst I’m not one to suggest that accessibility should be lowered – levelling the playing field for flippers vs. true fans of a distillery in terms of access feels like a big mistake – one which achieves nothing more than fast sales and a further reinforcement of the view that whisky is nothing more than a tradable good. At least make these people work for it a bit.

And here we come to the nub of it…

‘Exclusive’ is becoming an increasingly warped term – both in its usage, but also in its understanding as a word by enthusiasts. As opposed to it previously being inherently tied to a place and time – now ‘exclusive’ is simply bandied around as meaning ‘limited’ – I.E. there’s not a lot, you all should be buying this to satisfy your lockdown-heighted FOMOs.

Exclusive bottles should be exactly that – exclusive. Not just limited in number.

And that means preserving at least some semblance of a link between a distillery/producer and the product. I’m pretty sure that Glasgow could have either kept these releases for stocking the distillery shop for its re-opening – or indeed offered them as a bonus purchase for folks attending their virtual tours. But, in positioning this release as a distillery exclusive when it is very much just a-another product (albeit with a small number of bottles) that can be purchased by anyone, anywhere in the world – again the link between the experience and magic of actually visiting a distillery is denigrated and to my mind devalued.

The Coopers Cask is an interesting conception – unpeated spirit from an ex-port cask was disgorged and then given an additional maturation in a customised cask. This cask (15/087) was formed from a selection of staves from both heavily charred virgin cask and ex-bourbon Glasgow 1770 casks – at a 50/50 ratio. An interesting method for controlling the undoubtedly more active virgin oak – rather than limiting the time in cask – limit the spirit’s contact with the wood by lessening the quantity of it. I like it.

The release of 403 bottles at 53.3% ABV was bottled at the end of last month. The price was set at a not excessively extravagant £59 (£82 for an equivalent 70cl) - all sold fairly quickly on Glasgow’s Distillery’s website a couple of weeks ago.

Taste: Sweet and lively on the entry. In part delivering the creaminess from the ex-1770 staves, but alongside this - palpable and building spice from both virgin staves and port wine. Crunchy toffee apples alongside caramelised peaches, ginger nut biscuits and vanilla crème patisserie. Cinnamon ball heat together with pepper have both punch and tingle – whilst in the back, apricot jams and earthiness provide additional sweetness and interest respectively. Reducing the palate offers tinned fruit salad – with intimations of tropical pineapple and mango creeping in alongside and chocolate sponge cake and berry candyfloss.

The Glasgow 1770 Cooper’s Cask Release offers a composition where the individual elements of the cask maturation have all played a discernible part – the port more on the nose, the virgin oak more on the palate. The result is likeable, and to my palate even more so when reduced in ABV a touch further to diminish the prickle of spice. Whether others take the virgin stave concept forward is an interesting question – whilst there’s effort involved in crafting these unique casks, the benefits of being able to apply additional control over this active and impactful oak type are certainly though-provoking.