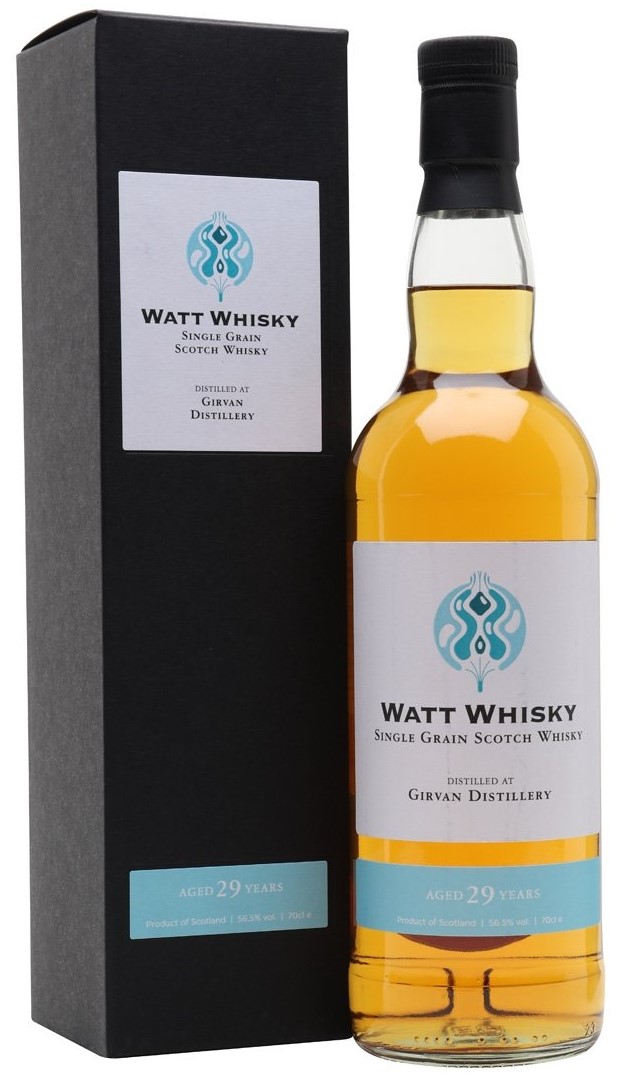 Completing the second release from Watt Whisky is a well-aged grain from Girvan. Girvan is located near the town of the same name forms part of William Grant and Sons Grangeston facility – It’s Grant’s only current grain producing facility and is also home to both the Aisla Bay malt distillery and the Hendrick’s gin plant. The site also once housed the short-lived Ladyburn distillery, which operated from 1965 to 1975.

186 bottles of the Watt Whisky Girvan have been produced at 56.5% ABV. They’re available from The Whisky Exchange for the friendly (even by grain standards) price of £91.95.

Nose: Walnut bread and notes akin to peanut butter spread are joined by toffee brittle, nougat and plenty of shredded coconut. Toffee-coated popcorn and shortbread sit with pencil shavings, whilst sunflower oil is given a palpable kick of split vanilla pod. Dilution reveals older wood – resinous, near polished and with oaty cereals and coconut macaroons.

Taste: Oily/buttery on arrival and with peaches topped with creamy vanilla custard. Pepperiness runs throughout and joins nut bread and water biscuits, whilst hard caramel and crunchy toffee sit with charred oak. Simple and effective. Water reveals ‘graininess’ from a selection of fresh and toasted cereals whilst coffee and walnut cake is livened by a scattering of powered clove.

Finish: Quite long with persistent toffee sweetness alongside char and fading pepper.

There are no missteps with this Girvan. It offers all of the bright, cereal-led character that one would expect from well-aged grain, whilst eschewing the ‘gluey-ness’ that often accompanies this style of whisky. There are no fathomless depths here, and I’ve sampled more profound grain of a similar age – nevertheless, this is tasty stuff and therefore easy to recommend for its price point.