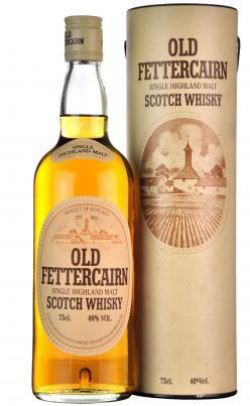 There’s a common assumption that, unlike wine, whisky doesn’t change once bottled. But, if you’ve ever sampled a bottle that’s been opened for a long period of time (especially if the liquid level is quite low in the bottle), you’ll know that this is not the whole story. Oxidisation, will have an effect on your whisky. A completely sealed bottle which is still airtight, should remain entirely constant -  all other things (temperature and light exposure etc) being equal. However, if the closure is not perfect, and many degrade over time, then slow oxidisation of the liquid is entirely possible. This occurrence has been named ‘Old Bottle Effect’ or OBE.

Oxidisation of wine can happen relatively quickly – and in some cases is a desirable effect. Wine sealed with corks (particularly synthetic ones) allow the ingress of oxygen more readily. Conversely, wine sealed with screw caps stop oxygen entering the bottle, and result in fresher and lighter flavours. In whisky, this process is much slower – the higher percentage of ethanol in the liquid absorbing the oxygen and preventing it from having such a high reductive effect. Remembering that we’re talking about sealed bottled and not those accidentally left open, OBE doesn’t occur overnight, nor within the space of a few years – but over several decades, it is certainly possible to discern the effects of very slow oxidisation of the whisky.

OBE is not a proven science – it would be exceptionally hard to detect microscopic levels of oxygen ingress into a bottle over the course of decades, let alone to then measure their effects on aroma and flavour. But, if you get the chance to sample several older bottles (as in their bottling date, not necessarily their maturation age) side by side, you could well be surprised by quite how different they may taste.

Today’s tasting note comes from a bottling which I believe has sadly suffered from some OBE – though, as you may learn in time, some reduction can actually benefit a whisky. This Fettercairn, labelled ‘Old Fettercairn’ (the name used until around 2001/2002 when the ‘old’ was dropped) was, according to my research bottled in the early 1980’s. Though not possessing an age statement, it is estimated to be a 10 year old expression from the distillery and it comes in at the very standard 40%.

Nose: Part fresh and fruity, part old and musty. Wine cellars, dunnage warehouses and moist soil merge with apples, apricots and peaches. The aroma of aged solvents is present – floor polish, wood varnish and beeswax – and they’re a touch sour. Running throughout the nose is honey and golden malts, but also cardboard and stale steeped tea.

Taste: Almost certainly some OBE here – musty, dusty and cardboard, but again with the soured fruitiness – peaches and mangos with orange peels. There’s a lot of oak here now – much more than the supposed 10 years of maturation would provide. The development is very short, moving from the musty and fruity into the woody and now polish again. I suppose one could argue that there’s a good translation from nose to mouth as all the flavours have come across – the sweet herbal honey, but also the bitter black tea. It almost works.

I no doubt need to get another sample of this 80’s Fettercairn as this one has clearly had some oxygen running through it (indeed the level on my bottle had dropped slightly below the shoulder - the photo on this article being a stock version) and taken on some OBE. In some cases I don’t mind these flavours – peach, and high end tropical fruitiness is a very nice thing, but, huge mustiness and cardboard along with very bitter tea and tannins are a lot less pleasant. In the case of this Fettercairn, some of the aromas and flavours almost work and the dram is certainly not unpleasant – but it’s not how it was designed to be, and balance is a long lost memory. Interesting certainly, but not the same whisky as was put into the bottle nearly 30 years ago.