Dying to be famous 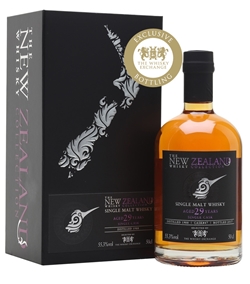 As the adage goes “you don’t know what you’ve got until its gone”. Take a look at some of the most sought and fought over liquid out there – invariable (but not exclusively) you’ll see the names of countless closed and demolished distilleries. In simple terms, this is perfectly understandable – an innate fascination with all things old, rare, endangered and extinct has driven the human race for centuries. But at the same time history often remembers distilleries more kindly than the circumstances which led to their closure. What is now lauded over was not all that long ago regarded, at best, as surplus to requirements. Indeed, in many cases, I’d argue that the demise of the these distilleries is the only reason why the current generation of whisky enthusiasts have heard of some of time’s forgotten ventures.

Whilst the likes of Finneston, Glenskiach, Parkmore and Towiemore all closed before even your grandparents were alive -  Glen Albyn, Glenlochy and Killyloch were all victims of the 80s slump. And yet, I suspect there’s a good portion of you reading this who have as yet not heard of any of these three lost distilleries. But mention Port Ellen, Brora or Rosebank and lips salivate, eyes light up and £ signs start to roll. And yet the reason why all of these sites closed were broadly (in simplified terms) similar – oversupply or lack of relevant ‘profile’ to the blending and bottling requirements of the day.

It’s fair to say that scarcity drives rarity. In the case of Killyloch -  a sole 1967 36 year old stands as the distillery's only official single malt bottling. It is joined by a miniature from James MacArthur and a 1972 Signatory Vintage (and associated 50ml). And that’s it. The rest went to blend and with the sole OB being released back in 2003 I’d be very surprised if we ever saw anymore from this distillery. That marks it out over and above other closed distilleries. I’m still somewhat surprised that folks have not been lapping up Imperial like it’s going out of style – I guess the time might come. But the less of it there is, the more of it people want.

Killyloch is something of an oddity. Unless you’re truly a whisky geek, no one would hold it against you for not having heard of the distillery. But Port Ellen, Brora etc have simply become part and parcel of the modern lexicon of rare whisky. Famous because they’re no longer here. Desired because of that fame and associated scarcity – but at the time of their closure in no way viewed with the veneration we see today. The point of difference being that the likes of DCL/Diageo have kept a steady pipeline of single malt releases coming from the dwindling stocks of these closed distilleries – introducing the liquid on its own merits as single malt. A whole new market to that of blend-driven history.

The Dunedin distillery (often known as Willowbank) in New Zealand is another example of a lost distillery. And one that I certainly didn’t know about until relatively recently on my whisky journey. Founded in 1974, Dunedin produced whisky for 23 years until its eventual sale to Australian brewing giant Fosters who mothballed the operation and sold the stills to a Fijian rum producer. I dare say that over this period of history, Dunedin’s whiskies achieved little worldwide recognition. Whilst blended products such as Wilson’s and 45 South were produced for the Antipodean markets (and might have made it overseas to APAC countries in limited quantities) – they didn’t really hit the shores of Europe.

It was only within the last decade that I’ve come across Dunedin/Willowbank - its ‘revival’ (or rather re-emergence) driven by Greg Ramsey (developer of Nant Distillery) who purchased the 443 remaining casks and formed the New Zealand Whisky Company. Now, through the distribution channels which the company has created, you’ll find the last remnants of this period of New Zealand distilling much more commonly available worldwide than even you would have when the distillery was still producing. Willowbank’s worldwide recognition has sadly only come through its demise.

The Whisky Exchange, as a purveyor of all things booze-based have been quick to ensure that the ‘New Zealand’ tab of their webshop doesn’t return a null result. As such, they’ve stocked some of the New Zealand Whisky Company’s Willowbank releases for a few years now. Their latest exclusive offering is the oldest single malt from this distillery yet released. The New Zealand 1988 vintage clocks in at an impressive 29 years of age. It is drawn from cask #47 (unspecified wood type) and bottled at 55.3% ABV. 206 50cl bottles have been produced – they’ll set you back £475 from The Whisky Exchange website.

Nose: Fruit-forward with honeydew melon, kiwi, pink grapefruit and lychee supported by a strong vein of sugariness – candied lemon peels and boiled sweets. Old lacquered wood and deck sealant reinforced the age of this whisky, whilst dried grass sits with oven-baked rolls and cinnamon buns. The addition of water reveals an inner mustiness – damp soils and waterlogged wood – alongside tartness from preserved lemons and barley water.

Taste: Fruits lead –backed up with a forceful attack of both alcohol and drying oak. Kiwi, melon (both real and hard candy), apple peels and assorted citrus are followed by Airfix glue and a residue somewhat chalky texture which grows around the palate whilst drying oak and peppering builds. The back palate favours sweetness with confectioner’s sugar, suggestions of sherbet and leafy green notes. Reduction reduces the initial aggression adding juicy lemons, kumquat and pineapple juice alongside loose straw and table polish.

Finish: Long with a sharp pang of grapefruit, steeped green teas, cayenne pepper and a variety of aromatic dried herbs and flowers.

An intriguing venerable Willowbank exclusive bottling. Straight-forward but perfectly composed on the nose, emphasising yellow and white fruits and underlying sweetness. Assertive and audacious on the palate, but with an uneasy balance that manifests itself with a somewhat hostile (but not undercooked) arrival, and few too many synthetic notes for my personal liking. Intrigue yes, finesse – less so. Nevertheless, undoubtedly a piece of distilling history – sometimes a distillery has to die for it to live.