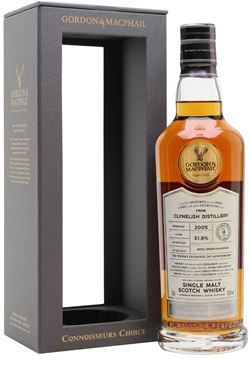 Selecting casks isn’t easy. Nor is it a haphazard affair. Even if your annual release is simply created from 50 plain as day refill ex-bourbon barrels – just grabbing and disgorging a random selection is unlikely to create an award-winning bottling. Casks can be similar, but they’re never identical. If you’re selecting casks for vatting, you’re looking for consistency, but similarly you’re looking to balance the particularly characteristics of the casks within a larger pool of liquid. I.E. it’s sometimes possible to add some aberrant barrels into the mix – so long as you’re mindful of the qualities that they’re bringing to the party. There’s some science here. There’s certainly a lot of trial and error. Some of it can be quite fun. But, on the flip side, you may be thinking that the task of just selecting a single cask would be a no brainer – you’d be wrong.

Whilst blending is a fine (and oft-times mysterious) art, selecting a single cask is not as easy as diving into what you consider to be the best of the best, dumping it out and just bottling. After all – if you’re the one making the selection, is your olfactory system tuned to the same wavelength as everyone else? There’s a necessity for a wider appreciation. What you like might not be 100% what the wider market will appeciate. Similarly, there are judgements to be made – are you looking for a single cask which is truly evocative of the underlying distillate, or are you seeking something left-field that possesses a more unusual presentation? And if so, how unusual? Go through a warehouse and you’ll find everything from run-of-the-mill, to full on wild ride and everything in-between.

Then there’s access. Don’t go thinking that everyone who buys casks – be that for retailers, bottlers or venues – has the same level of access. There’s reputation’s at stake here – you’re unlikely to be able to bowl up as a punter and get a free reign over which casks you’re able to purchase. Some the distillery will be actively looking to hawk (and you should be asking questions as to why), others you’ll simply receive a shake of the head. Sometimes it does matter know you know, not just what you know.

Finally, there’s bottling strength. Whilst some would argue that this is an irrelevancy – and that whisky should just be consumed at whatever ABV it has naturally settled on in the cask – I’d suggest that this is not going to be optimal all of the time. How often have you had a whisky which hasn’t really floated your boat until you’ve added some water? Again, selecting a single cask is far from obvious – it’s not just about what it seems to be in a warehouse – it’s about what you can make of it.

As The Whisky Exchange 20th Anniversary rolls into its last few months, we’re being treated to another raft of exclusive bottlings. Four in fact. The first tranche of bottlings (3) were released last week on Halloween – thankfully without any unnecessary undead-based puns. This includes single cask releases from Old Pulteney, Starward and Clynelish. Tomorrow another exciting (and rather limited) release joins the line up on Guy Fawkes Night to make for a quad of exclusives - and we'll be looking at them each in turn. There’s still a few of the previously released 20th Anniversary exclusives available – it’s an excellent selection well worth a look (we’ve reviewed a good swathe of them on The Dramble already).

This 20th Anniversary TWE exclusive Clynelish has been produced by Gordon & MacPhail’s under the Connoisseur’s Choice range of bottlings. It was distilled back in 2005 and matured in a single refill sherry hogshead before being bottled in June 2019 at 51.8% ABV. 223 bottles have been produced and each will set you back £94.95 directly from The Whisky Exchange.

Taste: Richer and more full-bodied that the nose suggests – oranges, tangerines and nectarines are joined by fruit and nut cereal, and a scattering of raisins and sultanas. Deep woody flavours pervade the mid-palate charred cask heads and thin tarriness (rolled asphalt) – these are joined by a growing spiciness of cinnamon, and white pepper. The development continues back towards fruitiness with reduced hedgerow berries, milks chocolate and spent coffee beans. Water unlocks an incredible array of juicy fruitiness – vibrant and fresh yellow and tropical fruits alongside a café latte and a bowl of Weetabix.

Despite this Clynelish not possessing the waxy characteristics I’d expect from the distillate, it is nevertheless quite the joy ride into well-judged, perfectly balanced refill sherry wood. It's a somewhat left-field cask pick, but nevertheless posssesses tons of weight, presence and character. A few drops of dilution unleashes the inherently fruity character of the spirit, which proves to be the perfect foil for the refill sherry hogshead. As Halloween releases go, this is no trick, all treat and certainly recommended.